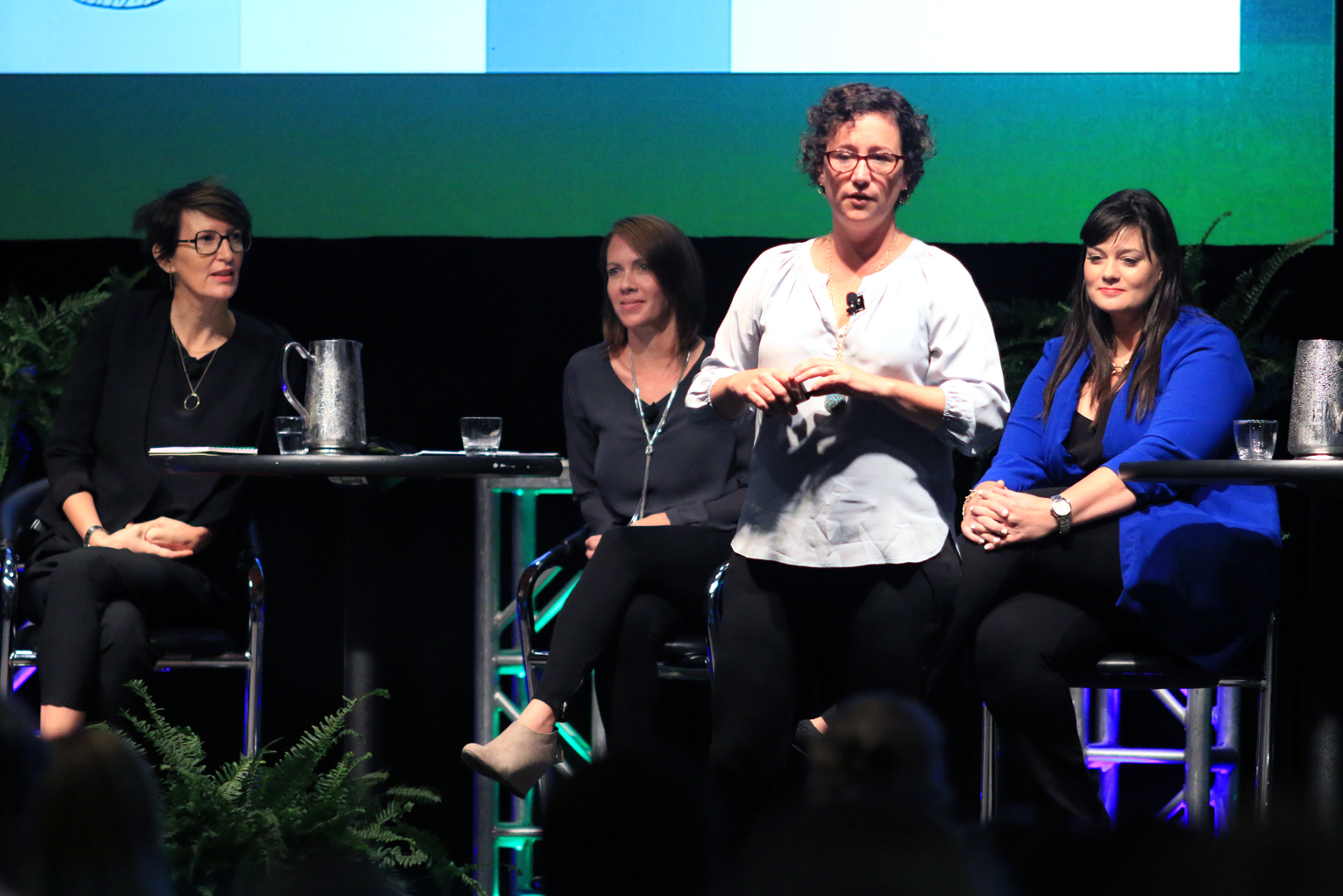 The 2016 Resource Recycling Conference took a direct look at some of the toughest issues facing recycling, but sector leaders also made it clear that by working together, materials diversion can remain vibrant.

The conference’s opening plenary session was called “Curbside Enthusiasm” and featured speakers representing a range of players in the recycling chain. One of the top takeaways was that while different stakeholders all have their own motivations, they are finding unity in their efforts to create valuable feedstock for manufacturing.

“We’re referred to as a recycler,” said Stephanie Baker of KW Plastics Recycling Division, a major player in HDPE container recycling that has helped push recovery of polypropylene in recent years. “But we are really a resin supplier.”

Elisabeth Comere of global carton manufacturer Tetra Pak was clear about her company’s aim to help others in the chain. “MRFs [materials recovery facilities] must make a profit,” she said. “Everyone needs to be sustainable, so they shouldn’t bear all the risk. We have a responsibility as a company designing material to do something about that.”

That whole-greater-than-its-parts perspective was evident throughout the conference, which drew approximately 400 attendees from 41 U.S. states and five Canadian provinces. It was held Tuesday through today at the Hilton New Orleans Riverside.

For instance, a session on processing contracts — one of the most divisive issues in the industry today — featured a word-cloud backdrop that highlighted the ideas the group of speakers covered in the planning for the session. The most prominent word in the cloud was “partnership.”

The conference’s keynote speaker, David Steiner of Waste Management, also touched on the topic of industry cohesiveness. “We could sink alone, or we could all float together,” the CEO of the publicly traded hauling giant said while discussing the current struggles in industry profitability. 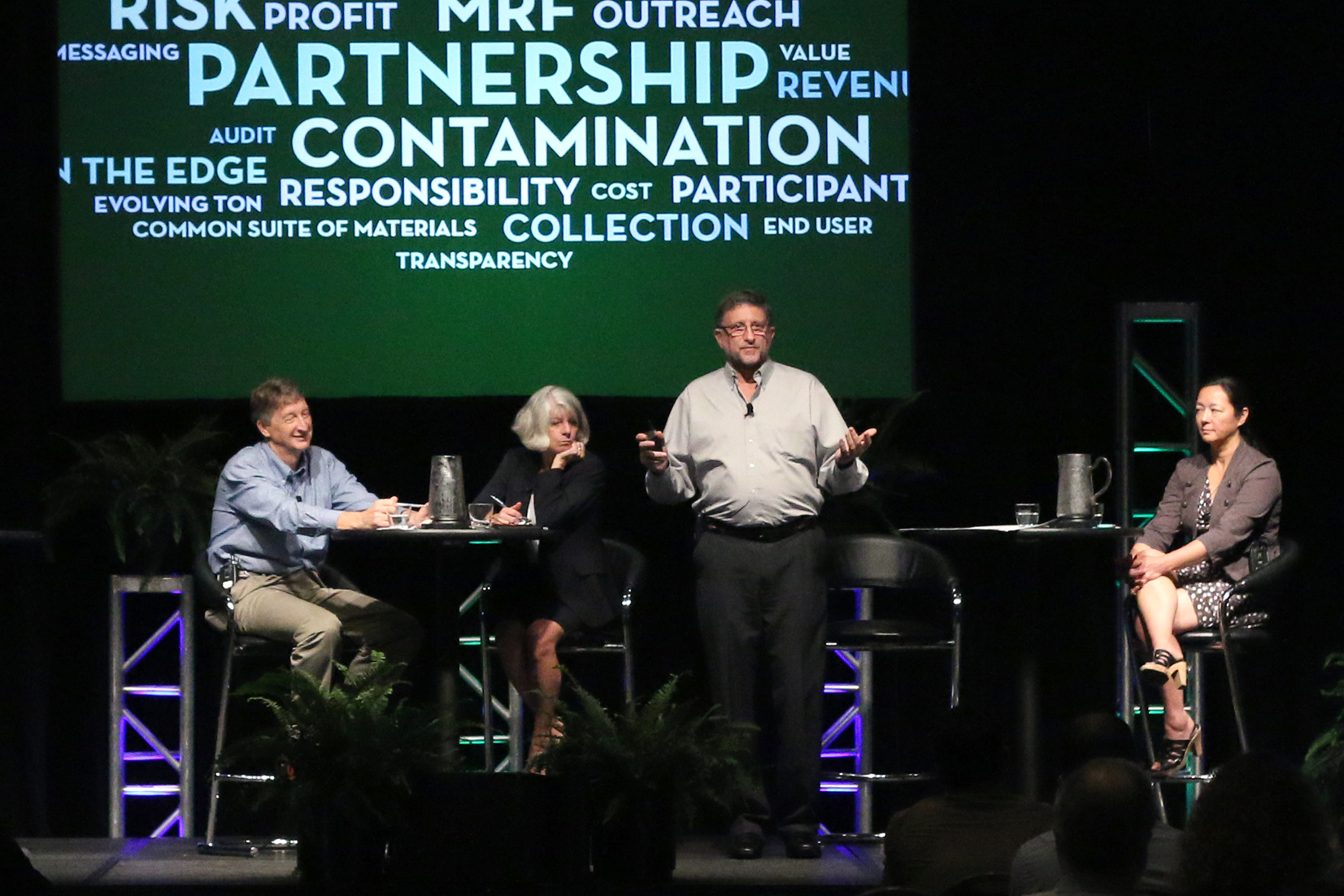 Steiner also helped to quantify what could be captured if recycling systems can be optimized, whether that be through stronger partnerships or any other means.

He said $10 billion worth of recyclable material is sent to landfill in the U.S. each year.

The Recycling Partnership’s Keefe Harrison offered a different data point to illustrate materials recovery opportunity. She pointed to research that indicates 46 million tons of residential recyclables are generated in the U.S. annually and that just 23 million tons are actually recovered.

But she also noted that the industry’s recent experience with increasing contamination shows those extra tonnages need to be targeted in a strategic manner – if not, the material will be of little use to partners downstream.

“It’s not just about more recycling,” she noted. “It’s about more better because that’s what fuels the supply chain.”

The 2017 Resource Recycling Conference is slated for Aug. 28-30 in Minneapolis in partnership with the National Recycling Coalition.