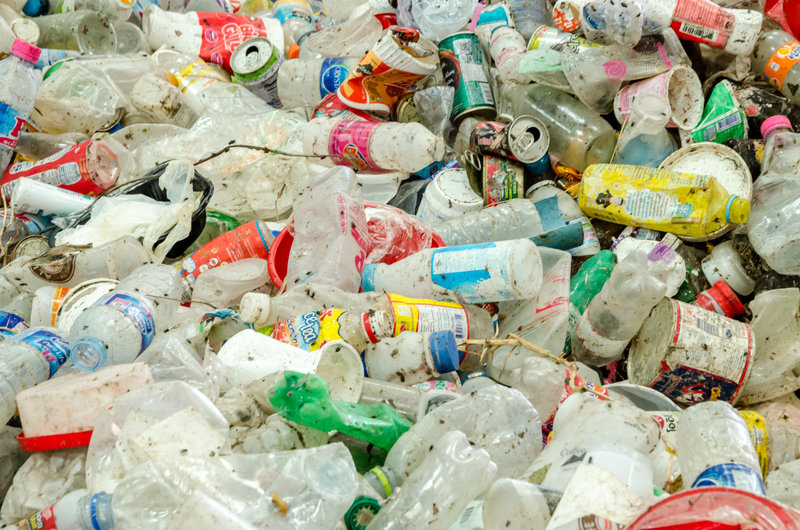 Should curbside recycling be treated like other utilities that send customers a bill every month? And what effects will potential minimum wage increases have on materials recovery facilities?

Those were two of the topics discussed during a recent webinar called “The Perfect Storm: Economic Impact of Changes in the Recycling Industry.”

ReCommunity is a North Carolina-based company that currently operates 28 materials recovery facilities throughout the eastern U.S.

Changes in composition of stream

Anderson laid out the specific ways a shifting materials stream, depressed markets and high curbside contamination are affecting the economics of materials processing.

When it comes to the modern materials mix, Anderson said aluminum cans and PET and HDPE bottles are all lighter than they were decades ago. In fact, the weight of a PET water bottle decreased 32 percent between 2000 and 2008.

That means it takes more units to make up a ton, specifically, 10,460 more 16-ounce PET bottles today than in 1980, according to Anderson.

Flexible and bio-based packaging are other examples of source reduction being not so positive for processors. Every 1.5 pounds of flexible plastic packaging replaces six pounds of rigid PET, Anderson said.

It’s not just goods and products that are changing how MRFs operate. News consumption has gone digital, which means there are fewer newspapers for processors to recycle. In 1990, 70 percent of American households received a daily and Sunday newspaper. In 2010, that number shrank to 40 percent. In the year 2000, 15 million tons of newsprint was used. In 2012, that number dropped to 8 million.

Anderson noted residue rates in MRFs have increased between two and three percentage points. Specifically, local programs are seeing an increase in food waste and diapers in the recycling bins.

According to Anderson, MRFs are losing money because of lost productivity due to slower throughput, higher residue rates and increased downtime. He said all of that combined can cost a typical MRF nearly $100,000 per month.

Adding to the profit complications is the fact that many states and cities are considering increases to their minimum wages, some to $15 an hour.

Anderson said a wage increase of 50 cents per hour can raise processing costs by $3 a ton. MRFs have a high number of entry-level workers, so processors are hit hard by this. He admitted a higher wage has advantages, like attracting and retaining quality staff, but, he said the cons outweigh the pros.

All those economic forces have hit MRFs hard, and Anderson said the industry’s current business model isn’t working. Due to depressed prices for many commodities, specifically oil, MRFs are no longer making enough money to cover the cost of processing.

He also noted China has instituted higher quality standards, which means MRFs must produce a cleaner product from a complicated materials stream. More sorting can mean slower speeds or more staff – or both.

Anderson said the industry needs structural change and that the people who are using the system are going to have to fund it. The traditional business model was built on the fact that commodities could be sold at a higher price than the cost of processing. That’s not true anymore, he said.

According to the presentation, a dollar a month paid by each household served in a given jurisdiction would equal $48 per ton to help offset costs. Anderson said fees imposed directly on customers could be seen as nominal, especially when compared to other monthly bills like internet and cable.

Bottom line, according to Anderson: Recycling processors have base costs and they are entitled to a profit.