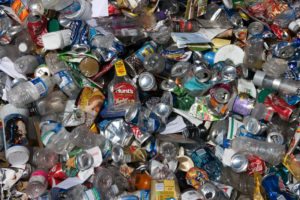 The Senate amended the bill substantially, addressing some of the concerns from cities, which saw it as an unfunded mandate on local governments. Formerly S2308, the legislation was given a new number after the amendments were made.

The latest version of the bill, which has been referred to the House of Representatives’ Ways and Means Committee, does the following:

– Requires the state to establish performance standards for reducing MSW, as well as draft a MSW standards action plan.

– Obligates cities and towns (or haulers contracted by them) to report disposal data to the state each year.

– Allows local governments at high risk of failing to reach the targets to file hardship documentation with the state detailing their difficulties. The state Department of Environmental Protection would then be required to prioritize their applications for grants.

Cities and towns that fall short of the 2018 solid waste reduction target must submit a report to the state explaining why they failed to hit the target and provide a plan for achieving the reductions by July 1, 2022. The state is required to publicly report the local governments’ solid waste data.

The bill’s sponsor said more than half of the commonwealth’s cities and towns were already in compliance with the 2018 target and just over one-quarter already meet the 2022 requirement, according to The Berkshire Eagle.

The Massachusetts Municipal Association (MMA) previously lobbied for changes to the bill, which it said would burden local governments with an unfunded mandate and fail to provide them with technical assistance. Some of the changes it recommended, including the creation of the state fund, were approved by lawmakers.

The MMA also called for producer responsibility legislation, noting that “removing trash at the beginning of the waste stream is far more effective than mandating taxpayers to deal with the problem at the end of the waste stream.”