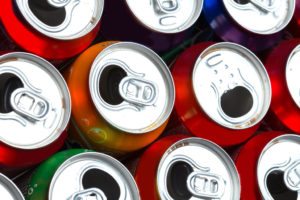 The rate was calculated by the Aluminum Association and the Can Manufacturers Institute and was laid out in an annual report from the two groups.

The 54.5 percent figure is referred to by the groups as the consumer recycling rate for UBCs (used beverage cans). In order to most accurately portray U.S. recycling behavior, the consumer rate does not include material that was imported or exported.

The report noted the industry recycling rate, which does include imported and exported cans, was 64.3 percent. That number was also a drop from 2014, when the industry rate was 66.5 percent.

The groups stated the recycling-rate declines were likely tied to decreases in the value of scrap aluminum.

A handful of other notable recycling-relevant statistics were noted in the analysis. For instance, the average aluminum can manufactured today contains 70 percent recycled content.

The report also stated the average value of UBC scrap in the U.S. from February 2014 to February 2016 was $1,367 per ton. For comparison, the report noted recovered PET plastic garnered an average of $310 per ton and recovered glass had no financial value in that time frame.