Aluminum recycling finds a home on the range 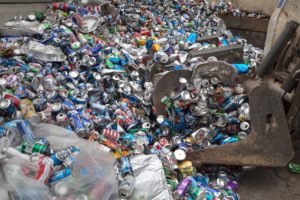 Wyoming is renowned for its cowpokes, but the results from a recent aluminum recycling competition show students in the state also excel in another type of roundup.

Two small schools in the least populous U.S. state collected the most aluminum cans per capita during an annual recycling initiative that ranks the efforts of participating schools across the nation.

The Great American Can Roundup, which began on America Recycles Day (Nov. 15, 2015) and ran through Earth Day (April 22), was sponsored by the Can Manufacturers Institute (CMI).

The Cowboy State was well represented last year as well. Students at Valley Elementary School in Cody, Wyo. collected more than 2,200 pounds of aluminum cans each to take top honors in the 2014-2015 event.

“Students participating in the CMI recycling challenge are learning the importance of recycling and the integral part it plays in the environment,” Robert Budway, CMI president, stated in a press release. “They also learn the value of aluminum cans, which stems from [the material’s] unique characteristic of being 100 percent recyclable.”