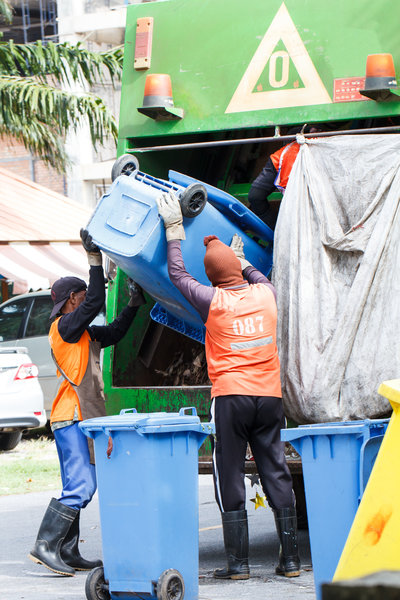 Seattle collectors will no longer be allowed to flip the lid on residential garbage cans to look for banned compostables.

In a ruling filed April 27 in the King County Superior Court, judge Beth Andrus ruled that the City’s inspection procedures amounted to “a warrantless search of residents’ garbage cans.”

However, the ruling did note Seattle’s disposal ban on compostables could remain intact. “This court does not find that the City’s ban on the disposal of food waste and compostable paper in residential garbage cans is unlawful,” the ruling states.

Since going into effect in January of 2015, Seattle’s ban on disposing of compostables in residential garbage cans has been enforced through inspections.

In the event more than 10 percent of a given container consisted of the banned materials, Waste Management and Recology were authorized to tag the cart and report the infraction to SPU. As of July 2015, SPU could also fine residents $1 per contaminated cart, although that fee could be contested by the residents and automatically refunded.

Of the 150,000 carts serviced weekly by SPU’s contractors, just 500 were tagged on average during a week – a third of 1 percent of all inspected carts, court documents show. Eight current or former residents of Seattle, filed suit and argued that the inspection procedure itself was unconstitutional and violated privacy rights.

“By authorizing garbage collectors to pry through people’s garbage without a warrant, the City has promoted a policy of massive and persistent snooping,” Ethan Blevins, the attorney representing the plaintiffs, said in a press release following the ruling. “That’s not just wrong as a matter of policy, as the judge has correctly ruled, it is wrong as a matter of law.”

Andy Ryan, a spokesperson for SPU, said, “We will continue to focus on education and to build on the excellent progress to date. … We will study the ruling and determine what changes we need to make in the program and the City ordinance.”