An update on mixed-waste efforts in North America 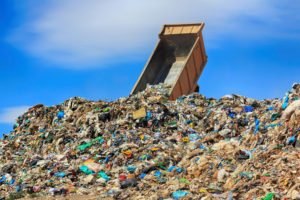 In recent months, a number of communities in North America have inched closer to exploring mixed-waste processing, while other projects have hit roadblocks.

Some recycling advocates say reliance on those MRFs harms the quality of recovered material and stunts the possibility of recycling growth in the future. Supporters of mixed-waste processing, meanwhile, argue the approach is worth trying in some areas because equipment breakthroughs may lead to cleaner streams and the approach simplifies things for residents.

Here’s a look at the status of several mixed-waste proposals under consideration across North America.

One of the country’s most-discussed mixed-waste MRFs, located in Montgomery, Ala., has been idled since October.

The uncertain status of the Infinitus Renewable Energy Park at Montgomery (IREP) has led all of Montgomery’s MSW to head to landfill as city officials continue to negotiate with facility operators.

In a statement, Montgomery Mayor Todd Strange told Resource Recycling “we continue discussions with IREP on their plans to seek other investors and reopen the facility; or, to seek other alternatives for the facility.”

“The City is desirous of resuming our recycling efforts but as long as the facility is in private hands we are limited in our capability. We anticipate more definitive discussions will occur with the hope that by some means the facility can be reopened. It will not be a quick solution,” Strange stated.

A lawsuit in Indianapolis

Oral arguments are scheduled to be heard Feb. 10 on whether or not Indianapolis officials violated the law in granting Covanta the right to build and pay for a $45 million mixed-waste MRF in Indianapolis.

While a judge last year sided with the City, plaintiffs have appealed that ruling and Carey Hamilton, the executive director of the Indiana Recycling Coalition, told Resource Recycling she expects a final decision will be made a month or more after the February court date.

Hamilton also confirmed Covanta is still in the process of obtaining state permits to operate the planned site, which would process the city’s residential MSW from single-family households. Current subscription-based curbside recycling service, which reaches about 10 percent of city residents, would be permitted to continue under the proposed 14-year arrangement.

Three years after receiving a $1 million grant to help introduce mixed-waste processing, Houston appears to be moving slowly on the project.

While the concept was championed by Houston’s last mayor, Annise Parker, the city’s new mayor, Sylvester Turner, told Houston Public Media his current focus is “on two things” only.

“And that’s infrastructure in relation to this pothole problem and then getting our arms around our financial challenges,” Turner said.

A 10-page progress report released on Dec. 31, the last day Parker was in office, noted Houston continues to negotiate over a contract to build a new trash-sorting facility.

The Northeast Maryland Waste Disposal Authority (NMWDA) recently issued a request for proposal (RFP) for up to two mixed-waste processing sites in the Baltimore area. The development was first reported by Waste360.

It explains “the facilities will incorporate state of the art technology to sort solid waste collected from households, and potentially businesses, and sort the waste to separate for sale recoverable materials.” Each facility is expected to process at least 250,000 tons of material per year and maintain a “minimum recovery rate of 40 percent.” If organic material is included, that minimum rate would bump up to 60 percent.

NMWDA executive director Chris Skaggs has not returned a request for an interview with Resource Recycling.

Just south of the Maryland border in the small town of Martinsburg, W. Va., developers are working on building a $23 million facility to primarily produce fuel from the MSW stream, according to a report earlier this month in Environmental Leader. The venture, Entsorga WV, however, will also sort out select recyclable commodities, including metals, before converting “biomass, plastics and other carbon based materials” into fuel.

Set to open in 2017, the operation expects to produce 50,000 tons of fuel each year and will receive MSW from the surrounding Berkeley, Jefferson and Morgan counties.

According to Entsorga’s website, extracted recyclables will supplement the existing recycling program in Martinsburg, “increas[ing] recycling rates for the municipality.”

Martinsburg provides recycling services to all city residents and collects source-separated glass, aluminum and steel cans and newspaper on a bi-monthly basis.

A mixed-waste facility near Vancouver, British Columbia could also be on the horizon.

The neighboring Fraser Valley Regional District, which covers a population of nearly 300,000 residents to the east of Vancouver, recently received the green light from the Ministry of the Environment to move ahead with a solid waste management plan that calls on a mixed-waste site to be built. That development was first reported by the Chilliwack Progress.

The mixed-waste site is aimed at helping the area achieve a 90 percent diversion rate by 2025 while keeping intact the region’s current curbside recycling program, which has achieved a 51 percent rate, the plan notes.

According to Russ Black, vice president of Belkorp Environmental Services, which has fought to have a mixed-waste site of its own in the greater Vancouver area, Fraser Valley is simply making a concerted effort to continue to increase diversion.

“They want to find the best way to try and get recycling rates beyond what can be achieved through voluntary source separation,” Black said. “For those communities that choose to continue to try and do better and remove recyclable material from the waste stream, mixed-waste material recovery offers a good solution.”

He asserted the plan to keep the current curbside program in place makes sense. “To make it work in conjunction with source separation is what we’ve been advocating for. There’s no point in trying to impede or compete with what people are voluntarily doing today,” Black said.

According to Black, Belkorp would consider entering a potential bid for the site in Fraser Valley once the region offers up an RFP in the coming months.