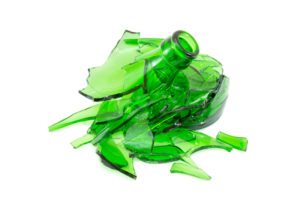 Add Atlanta to the list of American cities struggling with the economic realities of curbside glass recycling collection.

A recent report by the Atlanta Journal-Constitution noted much of the glass put in curbside bins throughout the Atlanta area ends up in landfills. Municipal leaders in the greater Atlanta area have continued to instruct residents to put their glass bottles and jars into single-stream bins, but local processors are then disposing of the material.

Atlanta isn’t alone when it comes to glass recycling challenges.

Some municipalities, including Harrisburg, Pa. and Charleston, W. Va., have opted to discontinue glass collection. Others have begun reconsidering their collection models.

At this point, curbside recycling stakeholders are well aware of the factors causing difficulties with the material. As communities nationwide have transitioned to single-stream collection of recyclables, broken glass has commingled with other recyclables. In addition to degrading the value of the rest of the stream and posing worker safety risks, broken glass is harder and more costly to recycle.

A Wall Street Journal article that ran last April noted it costs anywhere from $10 to $40 per ton to send glass to cullet processors, putting glass recovery on par with disposal in terms of cost in some parts of the country.

But as local and state officials push to achieve ambitious recovery rate goals, municipalities aren’t yet ready to give up on the inclusion of a particularly heavy material in the recycling stream. Alternatives to commingled collection also exist, including drop-off programs and stand-alone, glass-only bins.

Richard Mendoza, Atlanta’s commissioner of public works, told Resource Recycling the City “aims to be one of the nation’s top 10 cities for sustainability,” a goal that necessitates the single-stream collection of a wide range of materials, including glass.

Glass bottles are currently accepted in the city’s “Cartlanta”program, but Mendoza indicated the city also nudges residents toward the drop-off option. “In response to local recycling companies increasingly rejecting glass materials due to market conditions, the City of Atlanta also encourages residents to take their glass items to the Center for Hard to Recycle Materials,” he said.

The nation’s largest hauler and processor of recyclables, Waste Management, has responded to these challenges by looking at municipal contracts to adjust for the rising costs associated with handling today’s stream. WM is active as a hauler in the Atlanta region and a provider of material to Pratt Industries’ local MRF.

“We need a new business model for glass that involves new pricing models and new markets for glass collected in curbside recycling programs,” Susan Robinson, WM’s federal public affairs officer said in a statement. “While there is some demand from glass container manufacturers, it’s not at prices that cover the true costs of collection, processing and transportation of this heavy material.

“We know that to some customers, recycling glass matters, and we’ll recycle it,” Robinson continued. “There’s just a cost that needs to be recognized.”

Atlanta’s Mendoza, meanwhile, hopes “market conditions may change in the future, at which point single-stream curbside recycling will remain a simple and effective way to recycle glass items.”

According to EPA data, glass accounted for 4.5 percent of the municipal solid waste stream in 2013. The glass container recovery rate in 2013 was 34.0 percent, flat compared to the 2012 rate and 12 percentage points above the 2003 rate of 22.0 percent. The national glass recycling rate includes containers recovered through state deposit and redemption programs as well as through curbside, drop-off and other means.