In My Opinion: Why waste-to-fuel for airlines won’t ever take off 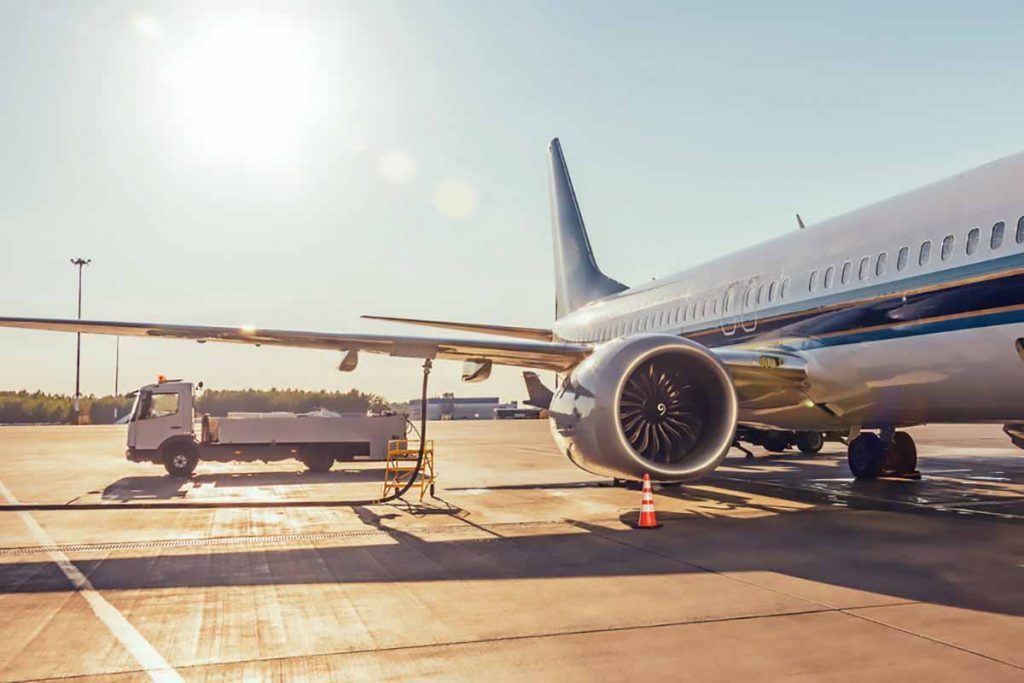 The author makes the case that plastics-to-jet-fuel may be inhibited by technical barriers and environmental concerns. | aapsky/Shutterstock

In September, the Biden administration made headlines with a new climate pledge in collaboration with the airline industry: replace all jet fuel with sustainable alternatives by 2050. It’s an ambitious timeline, one which includes a fast-approaching promise to replace 10% of current jet fuel use with “sustainable aviation fuels” by 2030.

According to research published this year in the journal Atmospheric Environment, jet travel currently represents around 3.5% of global warming emissions – so curbing the airline industry’s pollution is an important step in the fight against climate change. But as with
previous emissions pledges from the transportation industry, this one falls flat. One big reason is that the plan counts waste-derived fuels among “sustainable” options.

From both a scientific and environmental perspective, these waste-derived options just don’t work.

Here at GAIA, we recently issued a report, “Up In the Air: the Reality of Waste-Derived Fuels,” the result of research by thermal conversion expert Dr. Andrew Rollinson. It reveals a myriad of problems with implementing waste-derived jet fuels.

For one, engineering alternative fuels to work with current engines is prohibitively complex (and changing over to different engines prohibitively expensive). Furthermore, the science on waste-derived fuels is sketchy in the first place, and the industry hype on their promise is completely divorced from both of these realities. On top of all that, even if these fuels were ready tomorrow, the emissions savings would be insufficient to make a real dent in greenhouse gas emissions.

Replacing jet fuels is an uphill battle from the beginning. They have the strictest approval standards of any fuel type, as they must perform reliably in extreme conditions with high
stakes. And even after three decades of research, scientists have yet to produce a viable method for converting waste into fuel – any fuel, let alone one with the sky-high requirements of jet fuel.

Testing for these products remains stuck in the “early demonstration” stage because gasification and pyrolysis, the processes for waste-derived fuel, create low-quality products that are chemically unstable. Given this reality, it’s inconceivable that these products will ever meet the rigid standards for jet fuel, let alone by 2050.

As part of our research, Dr. Rollinson contacted multiple alternative fuel research stations to ask whether any waste-derived fuels had passed the necessary stages for approval, or
even been submitted for testing. Few responded, and none would provide an answer, citing privacy concerns. Research centers nonetheless continue to receive funding for these
sorts of experiments, implying that one day these technologies will become viable, despite decades of evidence to the contrary.

A Reuters investigation into so-called “chemical recycling” (the plastics industry’s term for gasification and pyrolysis) came to the same conclusion, calling the promise of waste-to-fuel a “myth.” Behind that myth is the fossil fuel industry, which is scrambling to stay profitable through plastics production amidst intense pressure to take responsibility
for its creation of the climate crisis. According to the Reuters report, the majority of chemical recycling facilities are barely operational, and the three that have gone public saw their shares decline rapidly. Clearly, this technology isn’t up to any task, and certainly not powering aviation.

Moving back to jet fuels specifically, in the press and academic circles, two studies in particular (both funded by private companies invested in chemical recycling) help to perpetuate the waste-to-fuel myth. One study is called “Deconstruction of high density polyethylene into liquid hydrocarbon fuels and lubricants by hydrogenolysis over Ru catalyst.” And the other is “Plastic waste to fuels by hydrocracking at mild conditions.”

The studies may have scientific titles, but digging into their details reveals they are rooted in fantasy. One paper proposes a production process that uses ruthenium (Ru), which is one of Earth’s rarest elements, as a catalyst. The paper explains that a single commercial waste-derived fuel plant using this method would need over 80 times the global annual production of Ru, which means it is hardly a sustainable production process.

The other paper suggests using platinum, which can only be reused once or twice and has toxic byproducts. Imagine using platinum to dispose of waste plastic – again, unsustainable.
Independent studies have a much less rosy view. By the Biden administration’s 2050 deadline, the best-case scenario has alternative jet fuels reducing air travel-related CO2 emissions
by just 15–24%. It’s much more likely that the savings will be minimal or nonexistent. It’s even possible, according to the European Union Aviation Safety Agency, that the process
of producing these fuels would be so energy-intensive that adopting them would make emissions worse.

In 2019, fuels producer Velocys claimed that its waste-derived jet fuel “offers a lower emissions route to process UK waste than incineration or landfill.” But what the company
didn’t explain was how its fuel can meet the rigid standards for jet fuel, or cite any evidence for claims that it would be not just low-emission, but “carbon-negative.” Our researchers contacted Velocys and its competitors for evidence to support their claims, to no response.

The message is clear: Like all waste-derived fuels, alternative jet fuels are simply a way for the fossil fuel industry to continue polluting the planet. Upon any examination of the science, their claims just don’t fly. The Biden administration’s choice to hang crucial climate policy on such unproven technology is not just foolish but dangerous.

So what’s the solution? Like many fixes for the climate crisis, this one is straightforward, but a hard sell: Instead of wasting time and money on flashy new technology to support unsustainable systems, industries must cut down on polluting activities and shift their investments to sustainable systems already proven to work. Let’s stop pretending it’s possible to make a zero-emissions plane. Instead, it’s past time for governments and companies to make it cheap, fast and comfortable to just take the train.

Neil Tangri is the science and policy director at the Global Alliance for Incinerator Alternatives (GAIA). A climate scientist by training, he has over two decades of experience working on international environmental policy, climate and development finance, and environmental justice issues. He can be contacted at [email protected]