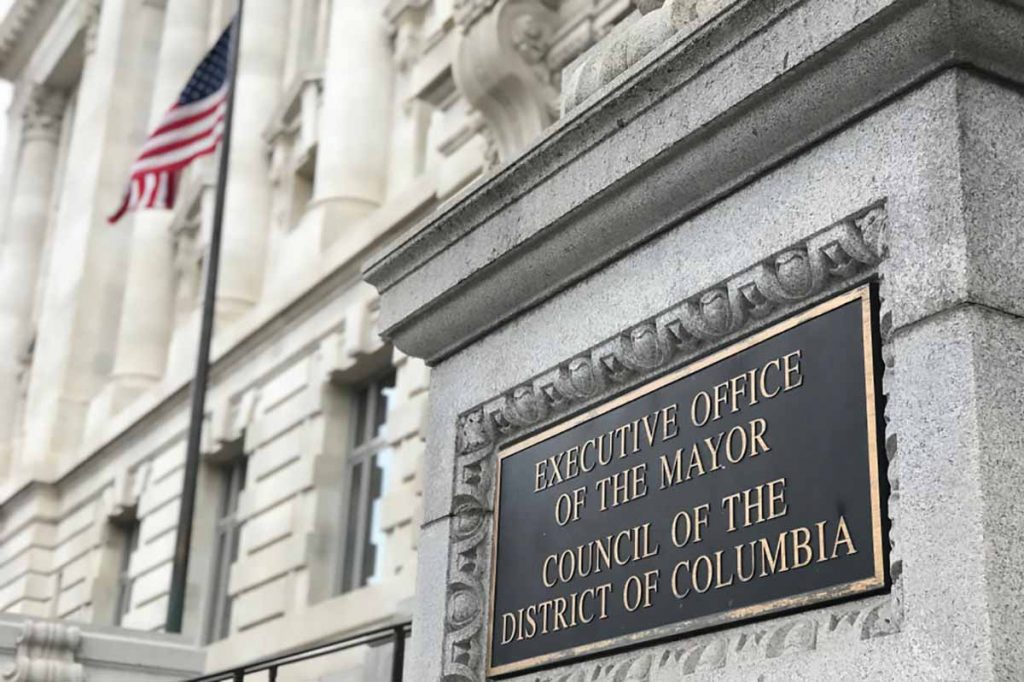 The Washington, D.C. council passed a bill that will require OEMs in the extended producer responsibility program to do business with only e-Stewards-certified processors. | DCStockPhotography/Shutterstock

Processors participating in Washington, D.C.’s electronics recycling program must carry e-Stewards certification next year. It’s a change from the previous rules, which allowed either e-Stewards or R2 to satisfy the certification requirement.

The change to the eCYCLE program was made as part of a wider piece of budget legislation approved by the district council in August. Among the many changes, the more than 220-page bill amends the district’s code to remove reference to R2 certification.

According to the registration form for 2022, “all recyclers must be e-Stewards certified.” Information distributed to manufacturers also acknowledged the pending change.

In previous years, up to and including 2021, the registration stated that “all recyclers must be either R2 or e-Stewards certified.”

The legislation doesn’t explain the reason for the change. During a September briefing with electronics recycling stakeholders, staff with the DC Department of Energy and Environment said that the change was made by the district council but did not relay the reasons behind the move.

In a Dec. 2 release, the Basel Action Network (BAN), which administers the e-Stewards standard, quoted a district councilmember providing some reasoning behind the change.

“Our local environmental advocates had long been calling for more stringent ethical standards in electronic recycling, which is why we seized the opportunity to require the use of Certified e-Stewards Processors,” said Mary Cheh, chair of the Environment and Transportation Committee, in BAN’s release. “It is because of their advocacy that our eCycling program will operate in a more meaningful way – as intended – that reduces the environmental and social harms that can accompany electronics recycling.”

Sustainable Electronics Recycling International (SERI), which administers the R2 standard, declined to comment on the change.

The scope of the impact on OEMs is not entirely clear yet. There are fewer e-Stewards-certified recycling facilities than R2-certified facilities both worldwide as well as in the D.C. area.

Jim Puckett, executive director of BAN, told E-Scrap News that some manufacturers will have to change their vendors.

This story has been updated to reflect that Greenchip operates an e-Stewards-certified facility in the D.C. area. A previous version of the story described the facility as in the process of receiving certification.