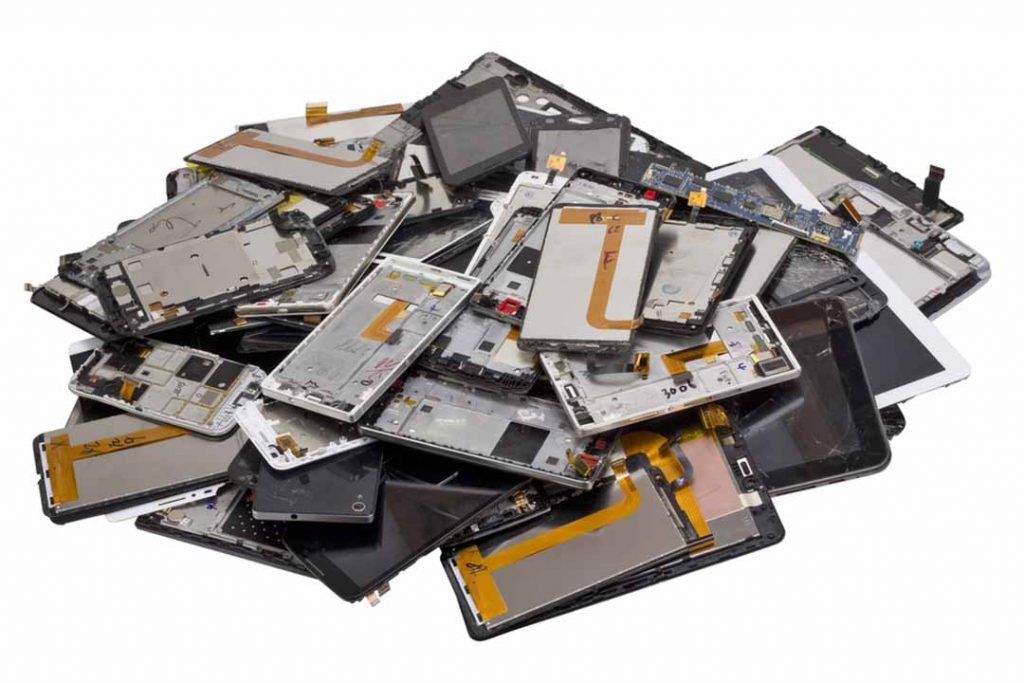 Researchers developed a way to recycle e-scrap into a protective coating for steel. Meanwhile, a different team used a natural protein to extract rare earth elements from e-scrap.

Researchers have developed a process to convert circuit boards and other e-scrap components into a “strong metal coating,” according to the American Chemical Society (ACS). They heated glass and plastic powder from computer monitors to more than 2,700 degrees Fahrenheit. This generated silicon carbide nanowires, a type of nanostructure, according to a summary published in the ACS Omega journal last month.

The team then combined silicon carbide with shredded circuit boards, applied the mixture to a steel substrate, and heated it to more than 1,800 degrees Fahrenheit. The second heating process melted the copper from the circuit boards, forming a “silicon-carbide enriched hybrid layer atop the steel,” ACS reported.

The coating increased the hardness of the steel by 125%, researchers found.

Researchers from the Lawrence Livermore National Laboratory in Livermore, Calif. used a naturally occurring protein, lanmodulin, to extract and purify rare earth elements from e-scrap and other material streams.

The protein has “several unique and exciting properties,” researcher Gauthier Deblonde stated in a press release. These include the protein’s tolerance of “industrially relevant conditions” such as high temperatures and low pH. The protein is able to “reversibly sequester” rare earth element ions.

Existing chemical processes to extract rare earth elements are “complex and harmful to the environment,” according to the release, which noted that using the lanmodulin protein could be “game-changing.”

“We were all amazed to discover that a natural protein can be so efficient for metal extraction,” Deblonde said. “I have worked on many molecules for metal purification but this one is really special.”

Rare earth elements are used in numerous electronic devices. The vast majority of rare earths are sourced from Chinese suppliers, and disruptions in that supply chain in recent years have spurred U.S. interests to seek alternative sourcing possibilities. Recycling the rare earths from end-of-life electronics has emerged as one viable alternative.