Alex de Vries’ first foray into studying the environmental impacts of cryptocurrency mining focused on energy consumption. And in that area, the data is staggering: He estimates the energy footprint needed to create and spend one Bitcoin as equivalent to watching 50,000 hours of YouTube.

“You can literally watch cat videos every day for a few hours for the rest of your life and it will have a smaller impact than one Bitcoin transaction,” said de Vries, who lives in the Rotterdam, Netherlands area.

But what happens when the specially designed cryptocurrency mining equipment is made obsolete by the release of faster equipment or or by falling Bitcoin prices? It was a question that eventually led de Vries to launch the Bitcoin Electronic Waste Monitor on his website, digiconomist.net, and write a 2019 academic paper touching on the topic.

“This network is not just very energy hungry, it’s also a very big potential source of electronic waste in the way it’s set up and the way the incentives are in the system,” said de Vries, whose day job is as a senior consultant and blockchain specialist for PricewaterhouseCoopers, a global network of professional services firms.

And, if the price of Bitcoin rises and more companies jump into mining, e-scrap generation could skyrocket. “In absolute terms, it’s quite manageable right now,” he said. “But especially the concern is really what happens if this blows up.”

De Vries recently spoke with E-Scrap News about the equipment used to mine Bitcoin, its locations, life expectancy, lack of reuse potential, and more.

E-Scrap News: How much e-waste do you estimate is generated each year through cryptocurrency mining?

De Vries: My current estimate is 11.27 kilotons (about 25 million pounds). I always like to put it in perspective with a country, so it’s like the total e-waste output of a small country like Luxembourg.

It sounds like this equipment is specially built just for this purpose. 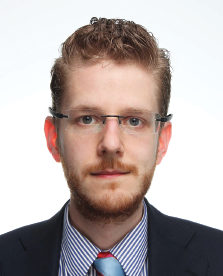 When Bitcoin started out, you could actually mine with a CPU. And then at some point people discovered graphics cards are much better at doing the repetition that is required for the proof-of-work algorithm. … I personally like to compare proof of work to a massive lottery, where you have a certain amount of predetermined winning numbers, and everyone in the network is rapidly trying to guess the winning sequence. What the miner is essentially doing is just iterating through numbers hoping to get lucky. … And as soon as one of these mining devices gets a correct winning number, they get to produce the next block for the blockchain, and then the whole lottery starts again, every 10 minutes. The amount of guesses they are making at the moment is 100 quintillion per second. Every second of the day 100 quintillion search guesses. So that is a massive number.

So that explains the need for more processing power on the part of the miner.

They discovered that GPUs [graphics processing units] can do this iterating process a lot faster than common CPUs, but then it didn’t stop there. Then people tried to improve even further, because what happens in any proof-of-work system is the rewards that you can obtain from mining are fixed. There is a fixed amount of income available for producing a new block. And the algorithm adjusts itself, so if you add more computational power to the network – you use more devices – it adjusts in such a way that it makes guessing the right number a lot more difficult. So, in the end, you always take 10 minutes on average to guess the right number.

What this means for the miner is the amount of money they can earn is always fixed, apart from Bitcoin price volatility, of course. But they cannot increase the total size of the pie by adding more computational power. It doesn’t work that way. The only thing they can do is try to take a bigger slice of the pie. If you have more computational power than your competitors, then you have a bigger chance of winning this lottery. This is what causes the whole rat race toward getting the most powerful mining devices.

That was GPUs for some time, and then people realized you can also program FPGAs [field programmable gate arrays] for mining. And then they came up with ASICs – application-specific integrated circuits, which are literally hardwired for a single task, meaning they’re perfectly optimized to do this iterating through numbers. But they are completely useless in any other way, because they can only do this one task extremely well. But where you have graphic cards, you can still use a graphic card to generate images. But these ASIC devices, they are literally only useful for doing this – actually they’re only useful for a specific type of proof of work. … You cannot use a Bitcoin miner to do Ethereum, because it’s a different type of proof of work. They’re extremely specific devices.

Every 10 minutes you’re unlocking another link in the chain. How many of those will one of these devices unlock before their demise?

Well, if you rounded, on average, zero. The problem is that there is an estimated 4 million or more of these devices currently in the Bitcoin network. I’m just talking about the Bitcoin network alone. The lifetime of these machines varies. Koomey’s law states that every 1.5 years the amount of computations per joule of energy doubles. So we expect to have a better generation of mining devices every 1.5 years. And currently the Bitcoin mining devices have been keeping up with that trend. So that means we don’t expect them to be useful for longer than 18 months, unless the Bitcoin price keeps on going up. The latest generation of devices lasted three years. It doesn’t matter so much whether it’s 1.5 years or three years, you’re talking about somewhere between 150,000 and 300,000 blocks that will be produced in that time.

Regardless of how powerful the equipment is, because the pie doesn’t get bigger? You’re just trying to grab a bigger slice of it from someone else?

Exactly. That means that less than 10% of an entire generation of mining devices will ever expect to produce a block. The majority, more than 90%, is just consuming energy their entire lifetime and is then trashed because it cannot be repurposed. That’s the sad life of the median Bitcoin miner.

So if aliens came down and saw humans doing this, what would they say?

They would probably turn around really quick. I mean, most of these devices are just useless electrical heaters, because you run them in a mining facility far away from the city, because that’s where you get the cheapest energy. They generate a lot of heat, which is just a problem. You dump the heat, you try to get rid of it because it’s a waste product. So they’re literally just being useless electrical heaters for most of the time, and then they get trashed. That’s not the most sustainable way of doing things.

Do you have any idea where this material is being generated geographically?

The mining materials are mostly manufactured in China. The number one producer of these materials for the past few years has been Bitmain. They had an 80% market share at some point, which was quite insane. They’re located in China. But also Ebang, Canaan and, nowadays, MicroBT, are all located in China. … I think one thing that is very related to that is that nowadays the majority of the Bitcoin miners are also located in China. And that’s for two reasons: First of all, the machines are produced over there, so it’s much easier to acquire them – much lower shipping costs and whatnot. And second: The electricity rates in China are also very beneficial. So they are produced in China and then also end their lives in China, as the majority of the network is situated there. I think estimates are 65% of the entire network is in China.

Is there any appreciable amount of the network that’s operating in North America?

Do these devices get trashed at their end-of-life, or are some of them recycled?

They will probably not get immediately trashed the moment they become unprofitable, because you always have some level of speculation. The price can go up again – the machines become relevant [again] – so they might be sitting on the shelf somewhere for a little while. But in the end they can’t do anything more than Bitcoin mining, so at some point they will become completely obsolete, and then they will probably go to the nearest landfill.

That’s an interesting point – that if the price goes up and the equipment hasn’t aged too much, then it could become profitable again to pull out the older equipment.

It also depends. Like if you are in China, the price of electricity might be a little bit too high as some point, but you might be able to sell some of these devices to Iran, where some are able to obtain even free electricity in some places. If you have free electricity, these devices can run indefinitely. But, of course the government doesn’t like it if free, subsidized energy is being used for the purpose of Bitcoin mining, so usually that doesn’t last for long. That kind of stuff can add a little bit of lifetime to these devices, but it doesn’t change that they are essentially doing the same thing somewhere else, until you really have no place left where you can use them and there is no hope that these machines are somewhat profitable again.

Our readers involved in electronics recycling, what can they do to try to reduce that environmental impact of the disposal of this equipment?

Well, that’s a difficult one. First of all, if you’re looking at it geographically in the U.S., you’re going to end up with 10-20% of the network, so you’re talking about around 2-4 kilotons of electronic equipment that needs to go somewhere.

I’m wondering how our readers could access this material.

Were there any other messages that you wanted to leave for an electronics recycling industry reader on this topic?

I guess it’s definitely something to think about and be prepared for that this could get a lot bigger real fast if the Bitcoin price goes up a lot. In total, it’s somewhat the size of Luxembourg, so you’re talking in absolute terms about manageable amounts. But it’s the relative amounts that are the most shocking statistics. You’re literally talking about throwing a device away every 50 transactions or so. … It’s actually pretty massive if you think about it: The e-waste footprint per transaction is around 100 grams. That’s a little bit more than two golf balls. But if you think about it, the average device is maybe around 5 kilos. So if you have 50 transactions, it equals throwing away one of these machines.

Well, imagine if Visa was doing that, throwing away one of the servers every 50 transactions. We would be going insane because they’re doing 100 billion transactions per year.