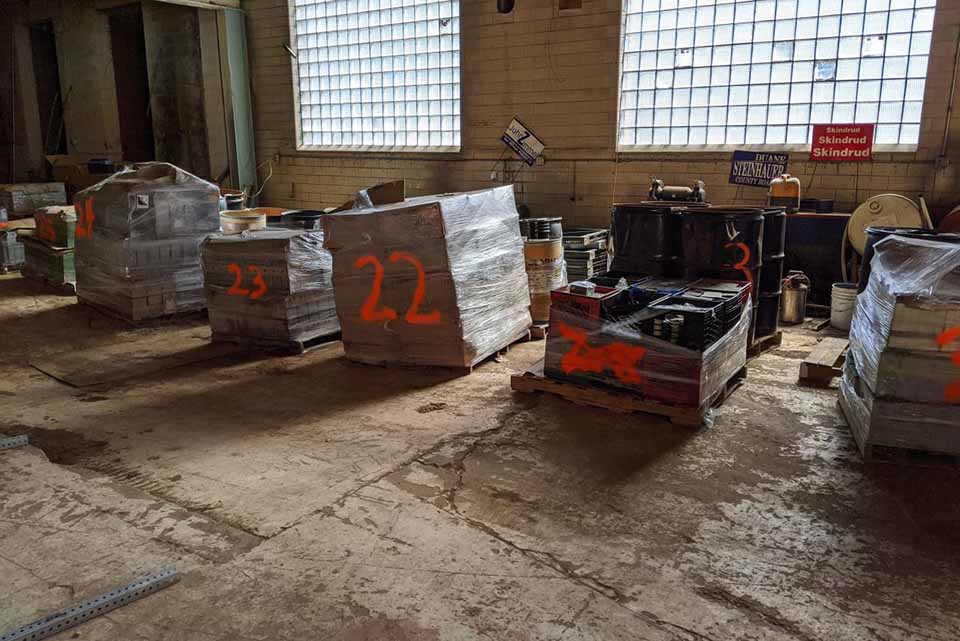 View of staging area for pallets of batteries at Battery and Electronics Recycling Inc. | Courtesy of U.S. E.P.A.

Because of the coronavirus, federal officials have suspended the cleanup of a former battery and e-scrap recycling facility in Wisconsin.

The U.S. EPA has since late last year been taking steps to clean out the former Battery and Electronics Recycling Inc. (BERI) warehouse in Mt. Horeb, which is about 30 miles west of Madison.

The $500,000 cleanup  will involve the removal of discarded batteries and hazardous substances, according to the EPA. In terms of the battery chemistries of greatest concern, the EPA estimates the facility holds over 46,000 pounds of nickel-cadmium, 26,000 pounds of lithium-ion and over 2,000 pounds of lead-acid batteries.

In addition, the site has about 100 CRTs from computer monitors, seven pallets of circuit boards and some amount of fluorescent bulbs, according to a Feb. 12, 2020 action memo.

The five-week cleanup has been put on hold because of the global coronavirus pandemic.

“As we continue to adjust to the evolving COVID-19 situation, EPA is taking the necessary steps to ensure that decisions about ongoing cleanup activities are made with the health and safety of communities, EPA staff, state partners, and contractors as the priority. As a result of the governor’s recent stay-at-home order, EPA’s cleanup has been temporarily suspended,”  according to an EPA statement. “We will be periodically reassessing this decision moving forward and are prepared to come back to continue our work as soon as possible.” 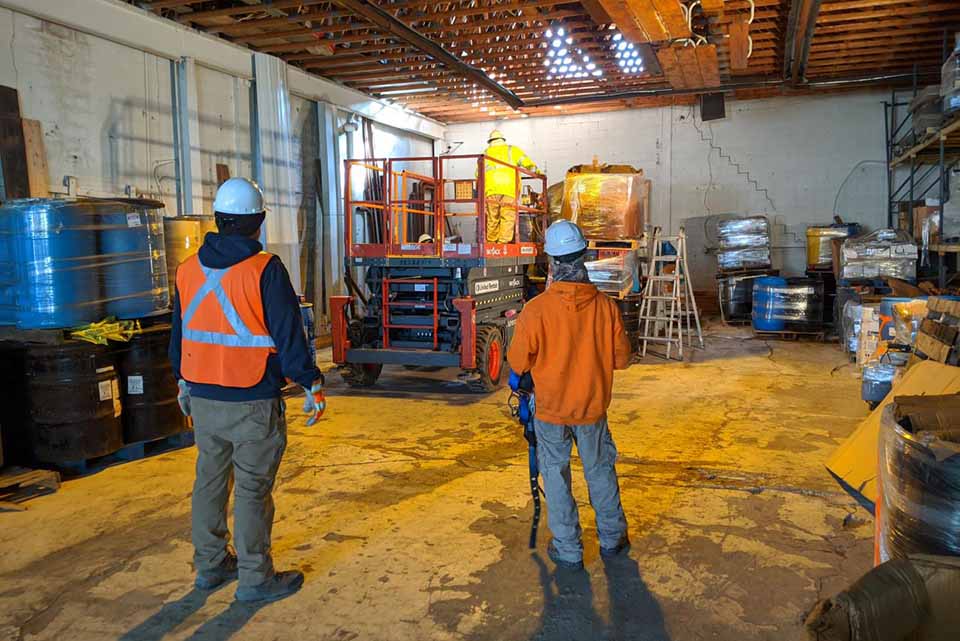 Crews getting a view on haphazardly stacked batteries at Battery and Electronics Recycling Inc. | Courtesy of U.S. E.P.A.

According to the EPA, BERI operated at locations in Aurora, Ill., Deerfield, Wis., and Sparks, Nev. When it ceased operations in Deerfield, it moved all operations from there to the Mt. Horeb site.

When the company owner filed for bankruptcy in January 2019, his filing stated BERI, which was defunct by that time, has no assets and about $200,000 in liabilities. BERI had also operated under the name Maxum Metal Recycling.

According to the EPA, BERI had begun operating at Mt. Horeb location as a universal waste handler around October or November 2016. The company was evicted by the building owners in December 2017, according to the EPA.

The Wisconsin Department of Natural Resources first discovered the batteries during inspections in March 2018, according to the EPA. After determining that the warehouse owner and operator appeared unable to pay for the cleanup, the department in October 2019 asked EPA to conduct a “time critical removal.”

EPA’s action memo noted the lithium-ion batteries are piled in boxes indiscriminately, with no covers on their terminals. Some batteries have ruptured and spilled their contents. The facility has no sprinkler system, and the risk of fire will only increase as temperatures rise this summer, EPA noted.