How one new system is handling the e-plastics stream 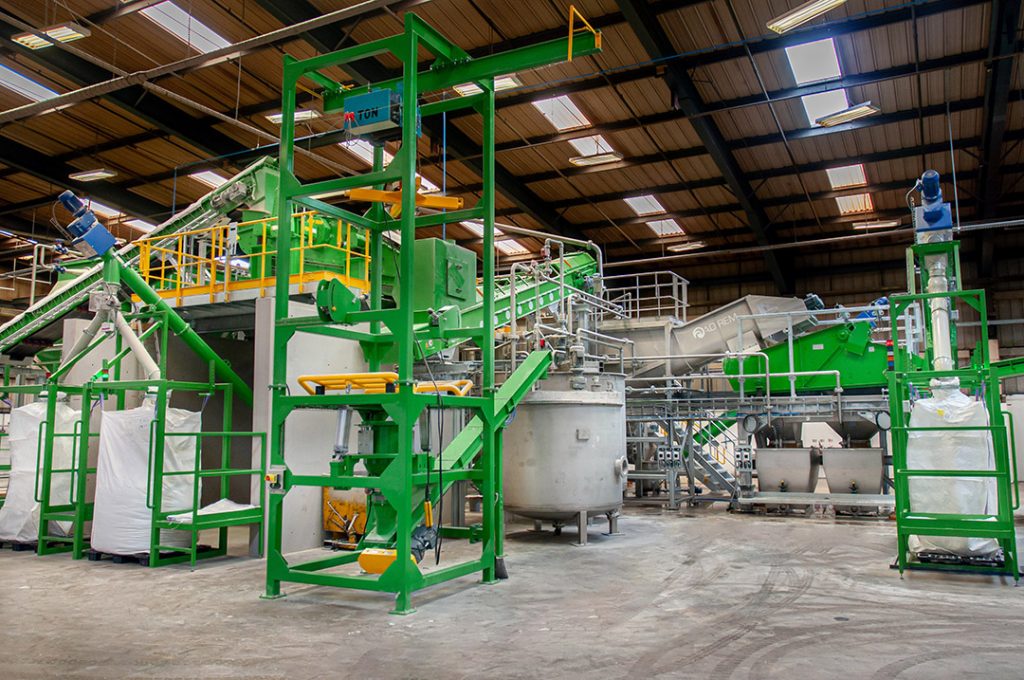 A processing line now operational in the U.K. recycles plastics from refrigerators by modifying the density of water and leveraging electrostatic separation.

The sorting line was provided by equipment companies Advanced Design of Recycling Machines (AD REM) of Belgium and Hamos of Germany. It was recently installed at a Telford, England plastics recovery facility run by AO Recycling, part of British appliance and electronics retailer AO Retail.

Described by AD REM as “the first plant of its kind,” the sorting line uses unique technologies to separate valuable polymers from old refrigerators. A facility coming on-line in Japan will also use the companies’ equipment to sort plastics from automobiles, waste electrical and electronic equipment (WEEE), pallets, containers and other packaging.

At AO Recycling in England, the line consists of float-sink tanks provided by AD REM and an electrostatic separation system provided by Hamos. Now fully operational, the line is sorting 4 tons of plastic per hour.

Jelle Saint-Germain, sales engineer at AD REM, provided more details to E-Scrap News on how the line works and its advantages over alternative strategies.

Before scrap plastic is sorted on the AD REM/Hamos line, the material is shredded and pre-treated. In the case of AO Recycling, that happens on an Andritz MEWA line at another site in Telford, Saint-Germain wrote in an email.

“Any type of rigid plastic mix can be treated on this system, as long as it receives the correct pre-treatment,” he wrote. “Small material (less than 5 millimeters) and dust should be out, and large solid metals must be removed.”

The first float-sink tank is filled with a solution made with AD REM’s proprietary pH-neutral agent, which increases the density of the water to a point where the following recyclable polymers float and can be further sorted: PE, PP, PS and ABS.

The sinking fraction, targeted for disposal, includes a mix of plastics, including PVC, PC, PMMA and flame-retardant plastics.

Salt is commonly used to boost the weight of water for plastics separation, but Saint-Germain said his company’s agent brings a number of advantages over salt. First, it doesn’t dissolve and remains suspended in the solution, allowing for its easy recovery and reuse. The only way to recover the salt is by evaporation, he noted.

Additionally, salt also interferes with the charging mechanism during electrostatic separation, unless a special salt, potassium carbonate, is used at a cost of about $880 per ton, Saint-Germain said. AD REM’s material costs about $88 per ton.

“It is a cheap substance that does not interfere with the electrostatic separation downstream, which is why this technology is so suitable to combine with the Hamos technology,” according to an AD REM press release. 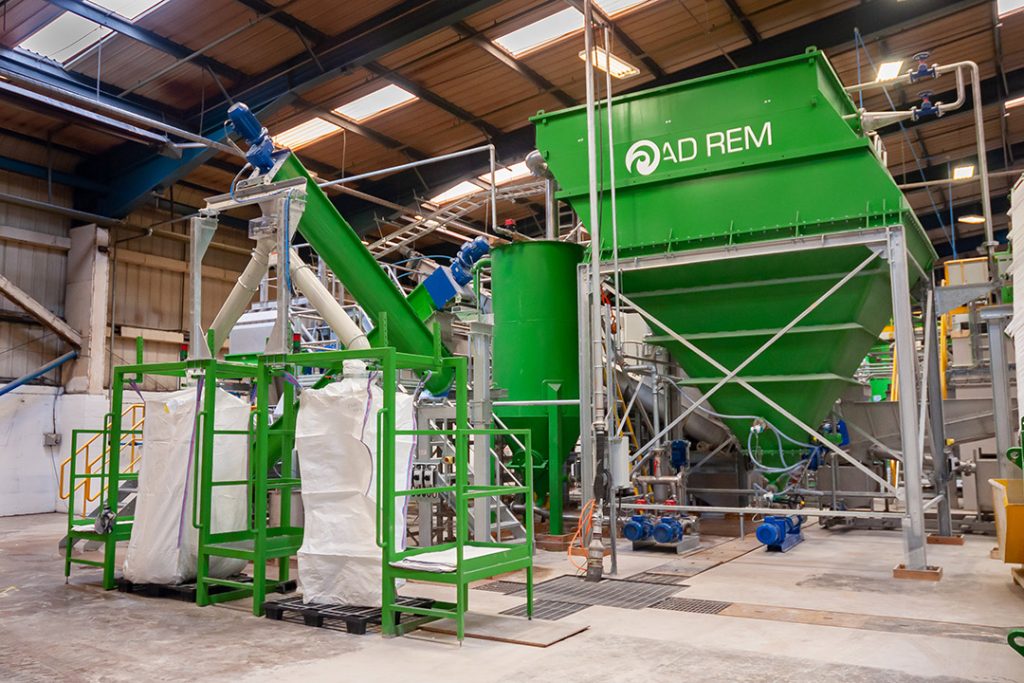 The floating PE, PP, PS and ABS go into a second float-sink tank with unmodified water. There, the polyolefins float and the PS/ABS sinks. The PS/ABS fraction then heads to the Hamos electrostatic equipment, which charges the plastic and separates the PS from ABS.

Plastics Recycling Update, sister publication to E-Scrap News, examined the Hamos separation system in 2017. The system applies a charge to shredded plastic with a tribo-electric charging unit. Different materials take on either positive or negative charges. Then, the material comes off a conveyor belt and enters a high-tension field, where an electrode separates plastics into different bins, depending on whether they have a positive or negative charge.

The method can separate black plastics, which go unrecognized by many optical sorters.

Saint-Germain sees strong demand for recycled WEEE plastics in the future, driven by OEM pledges to increase use of recycled plastic. Government policy also affects the profitability of the sorting system.

“In Europe and Japan, government regulation and increasing landfill costs have created an environment in which plastics recycling has become more profitable than the alternatives of landfilling, incinerating or exporting them,” he noted. “In the U.S., the profitability of the system will depend on local circumstances. This is to be assessed on a case to case basis.”

A version of this story appeared in Plastics Recycling Update on February 3.