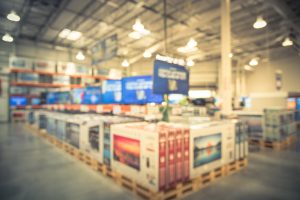 Listing on the EPEAT registry indicates to electronics purchasers that a product has met certain environmental friendliness standards, some of which touch on repairability and recyclability. Some criteria are required for any EPEAT listing, and other criteria are optional to allow a product to be listed on higher EPEAT levels (products are listed as EPEAT bronze, silver or gold). Listing on the registry makes the product more attractive to government and private-sector technology buyers.

The outcome reports show the results of conformance audits for PCs and displays, imaging equipment and TVs. During most, OEMs and their products were found to be in compliance with EPEAT’s underlying standards; however, there were some instances of non-conformance related to recycling and reuse.

A number of computer and monitors manufacturers were found to be out of compliance with a requirement that they provide a rechargeable battery take-back service: Ace Computers, CEZAR, CIARA-TECH, Cybertron International, Dell, digital computer, Howard Technology Solutions, Transource. In most cases, but not all, they got back into compliance.

During other checks, OEMs were found to be out of compliance with an optional criterion that they conduct annual audits on all first-, second- and third-tier recycling vendors. Samsung Electronics was dinged in relation to a computer monitor it sells in Sweden, and Toshiba was dinged for a laptop it sells in Germany.

Samsung submitted additional evidence to prove it was conducting the audits, but Toshiba elected to stop declaring it was meeting that criterion.

Samsung was dinged during the 2018 TV audits.

Specifically, a verification check discovered Samsung didn’t prepare an end-of-life characterization report for a flat-screen TV that it sells to hotels and other businesses in the U.S. That report should cover the recyclability of materials and other end-of-life considerations.

In response, Samsung decided to stop declaring it was meeting the optional criterion.

In terms of imaging equipment, Konica Minolta got dinged a couple of times for being out of compliance with the following optional criteria it was claiming: that it recycles or reuses toner and the plastics from toner cartridges collected through its take-back program. In response, the company stopped claiming those criteria for two different models of office copier/printer/scanner sold in Canada.

Konica Minolta was also out of compliance with the optional cartridge plastics recycling criterion for a specific model of copier/printer/scanner it sells in Australia. In that case, it managed to provide additional evidence to demonstrate its conformance.