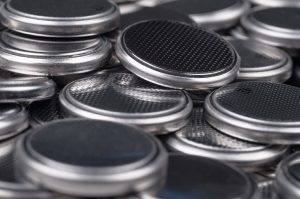 University researchers in Texas are developing a nontoxic leaching solution to recover cobalt and lithium from end-of-life batteries.

Two Rice University scientists have formulated a solvent that can extract material from the cathodes used in lithium-ion batteries. The solution is termed a “deep eutectic solvent” and is made from choline chloride and ethylene glycol. It has been shown to recover a “significant” amount of cobalt from used batteries, according to a university release.

“The nice thing about this deep eutectic solvent is that it can dissolve a wide variety of metal oxides,” said researcher Kimmai Tran, in a statement. “It’s literally made of a chicken feed additive and a common plastic precursor that, when mixed together at room temperature, form a clear, relatively nontoxic solution that has effective solvating properties.”

Researcher Marco Rodrigues of the Argonne National Laboratory said the study focused on cobalt because, “from a resource standpoint, it’s the most critical part.”

According to the release, when the leaching solution was applied to cobalt oxide powder at 356 degrees Fahrenheit, the solvent extracted up to 99 percent of cobalt ions. The yields with battery cathodes were lower but “still significant.”

Rice University is located in Houston.