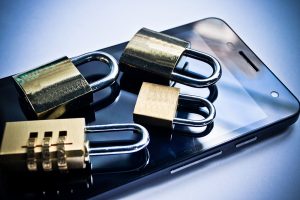 More than a quarter of consumers are so concerned that data on their old mobile phones might be compromised that they wouldn’t trade in the devices, according to a survey.

Blancco Technology Group, which provides data erasure and diagnostic equipment and software, recently released the results of the survey. Conducted in December 2018 and January 2019, the survey interviewed 1,000 consumers each in Germany, India, the Philippines, the U.K. and the U.S. to gauge their opinions on mobile device trade-ins and data security.

The survey found that 40 percent of respondents would be quite concerned about data on their devices being compromised or accessed after a trade-in and would seek data security assurance. Another 26 percent said they would be so concerned they just wouldn’t trade in their used devices.

Generally, the greatest levels of concern were found in India and the Philippines, where 46 percent and 32 percent, respectively, wouldn’t trade in their phones because of their worries.

UK-based Blancco pointed to the fast growth of the secondary phone market but said data security concerns are holding the industry back from its full potential.

The National Association for Information Destruction (NAID), of which Blancco is a member, issued a press release highlighting the survey results.