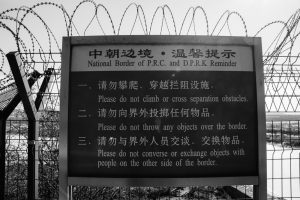 Organized criminals have laundered scrap electronics through North Korea before they were shipped to China for recycling, according to a news report.

Citing Chinese court records, Reuters reports some gangs were involved in laundering imported scrap phones and computers via the Hermit Kingdom. They would ship them from Hong Kong to a North Korean port, where they were disassembled, stripped of identifying features and smuggled to a Chinese border town. From there, they were classified as domestic waste and sent to Guiyu, a Chinese center for electronics recycling.

The article notes Chinese authorities, as part of their crackdowns on scrap and waste smuggling, arrested 421 suspects last year, including 127 caught in December.

It also discusses how Chinese government leaders have worked to transition Guiyu from dispersed, informal recycling operations to a city utilizing a number of monitored industrial recycling parks.