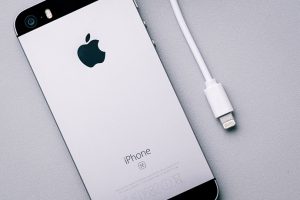 Apple has been slowing down the performance of iPhones with older batteries, which likely led to more of the smartphones prematurely entering the end-of-life stream.

After customers and media reports expressed suspicion last month that the company was artificially slowing devices, Apple confirmed the practice and described it in a post on the company’s website.

Apple explained that it developed a software update roughly a year ago to slow the performance of certain devices with older batteries. The company said its goal was to prevent “unexpected shutdowns,” in which the device turns off suddenly due to the failing battery. The software update applied to iPhone 6, iPhone 6 Plus, iPhone 6s, iPhone 6s Plus and iPhone SE models.

When an aged battery was replaced with a new one, the performance returned to normal, the company said.

But the process has drawn criticism from customers, some of whom are now suing Apple for causing them to unnecessarily purchase a new device rather than simply replacing a battery.

To make up for the negative light cast by the practice, the company will sell steeply discounted iPhone batteries beginning late this month and running through the end of the year. Batteries for out-of-warranty iPhone 6 or later models will cost $29, down from the regular $79.