Almost all survey respondents in China say they’re storing unwanted electronics, and a study shows explosive growth in the generation of scrap phones and computers in India.

Worldwide: The global market for refurbished and used mobile phones is expected to see substantial growth over the next eight years. Persistence Market Research forecasts the market to increase by an average of 8.9 percent each year between 2017 and 2025, with a driver being a price drop attracting consumers to buy refurbished devices.

China: The world’s most populous country produces the largest amount of e-scrap, but consumers in China have a knowledge gap when it comes to recycling and reuse options. According to gbtimes.com, a survey by China Youth Daily showed that 79.3 percent of respondents had uncertainty about how to deal with their unwanted devices, and 96.7 percent are storing obsolete or outdated electronics at home.

India: A new study says this country of 1.3 billion people is generating substantially larger quantities of e-scrap each year. Governancenow.com reports the volume of scrap phones will increase by 1,800 percent and scrap computers will rise by 500 percent between 2007 and 2020. In 2016, the country was the fifth largest generator of e-scrap in the world, but it recycles less than 2 percent.

New Zealand: An advocacy group called eDay Trust has released an “eWaste Manifesto” that calls on all political parties to support implementing a stewardship program to help keep scrap electronics out of landfills, Computerworld New Zealand reports. Not surprisingly, the New Zealand Product Stewardship Council has backed the proposal. 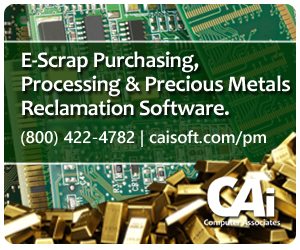 Posted in Wide world of e-scrap |