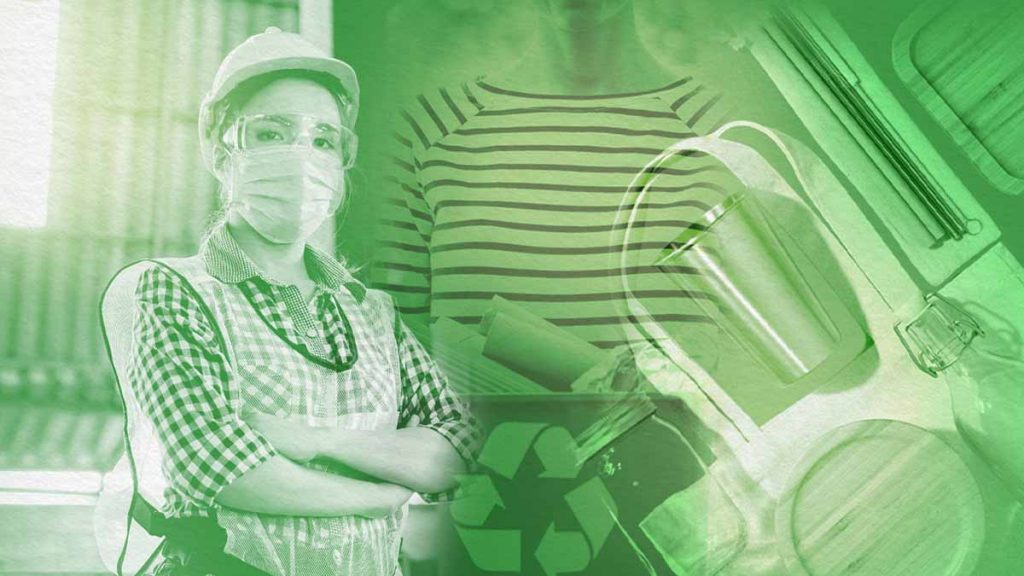 In this month’s edition of Women in Circularity, we meet Crystal Dreisbach of Don’t Waste Durham.

Welcome back to “Women in Circularity,” where we shine a light on women moving us toward a circular economy. This month, I interviewed an entrepreneur who brings zero waste expertise to Durham, N.C. and beyond: Crystal Dreisbach. Crystal is the driving force behind GreenToGo, a reusable take-out container service, the founder of nonprofit group Don’t Waste Durham and a board member of Circular Triangle, a Chapel Hill, N.C.-based circular economy advocacy and education group.

How have your past experiences affected your present work? 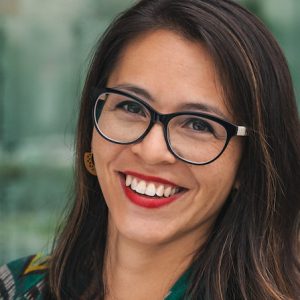 I grew up in Alaska, which to me is one of the most beautiful and pristine places on Earth. It is there where I grew a strong connection with the natural world. And I’m so glad I did, because spending time outdoors is how I restore my inner battery to do the work I do. I’m the daughter of a Vietnamese immigrant and a one-man traveling band. Given my family’s constant traveling and my continual need to adapt, I have led a non-traditional life. It has allowed me to question convention and create new solutions. Since then, I have lived and worked all over the world (Asia, Pacific islands, Africa, Europe), including completing Peace Corps service in central Africa. Life abroad has given me a great deal of perspective and the knowledge that many other ways are possible. One of the most useful things I learned in graduate school was how to write an effective policy brief. I believe one must learn how to write persuasively and concisely, otherwise you lose people’s attention. If we want to convince others of the change we know the world needs, we have to do so in an effective way that actually reaches people – in a society that is already so information-heavy and distracting. And finally, my background in public health research means I have the ability to read, absorb, think critically about and apply evidence. All of my life experiences have affected my work a great deal.

Environmental activism can be daunting work. Has there been a moment when you felt seen?

One thing that makes me very hopeful is that reuse and circularity are finally making their way into mainstream media and conversation. Whenever I’m feeling drained personally, I’m immediately reenergized by all the other people who show up to our community meetings and volunteer for us. They do this because – like me – they really care about creating a circular economy, and it is very validating to me. I feel seen! It was also not so bad to be recognized as the Activist of the Year at The Reusies. It means that clearly there are some folks out there who are hearing me and cheering me on.

What do you see as a critical key to success for the circular economy?

The circular economy is a continual supply rather than a one-way relationship with a trash can. To power this circle, we need some things that a trash economy does not have. Trash cans, trash trucks and landfills are what the trash economy needs. But a circular reuse economy needs either new or modified infrastructure to recover materials and process them for reuse. We need people with jobs who make the supply chain work – collecting, sorting, processing and redistributing. Reuse takes labor, after all! We need technology to incentivize recovery of materials and power the supply chain. We need extended producer responsibility (EPR) laws to legislate that corporations take responsibility for what they put out into the world. And finally, we need supportive policies and investment by the local government. Local government has a very important role to play that they are currently not sufficiently filling and some are not fulfilling it at all. But I aim to change that!

Is there a film that echoes your activist role in zero waste?

Yes! A film that really resonates with me is “Wasted! The Story of Food Waste.” I have seen this movie about five times now, because unlike many movies about waste, this one is full of innovations rather than just bad news. The tone is positive and solution-oriented. What I like about it, and what aligns closely with my style as an activist, is its “yes we can” message. We can all get off the couch today and make a business that recaptures the value of other people’s waste and keeps it out of the landfill.

If circularity interests you and you want to get more involved, one of the best resources I have found is Upstream. It’s a great group to join, and all of their Learning Hub materials are great primers for people who want to understand and take part in a very concrete way. For example, if you are alarmed by something wasteful in your own community, Upstream has all the latest science, messaging and resources you can use to tackle it where you are. And really, one of the best ways to take action on circularity is to join a group already working on it locally. I would advise folks to research the groups that exist right there where they live. Maybe it’s a packaging-free grocery store, maybe it’s a group working on reducing single-use plastics, maybe it’s a university student group tackling toxic pollution. Joining an existing movement helps you merge your energy with the energy of others and that’s how we can make big change!

MaryEllen Etienne is the creator of “Women in Circularity.” Etienne works on the Market Transformation and Development team for the U.S. Green Building Council. She has over 20 years of experience in sustainability and is a champion of the circular economy.

More from the “Women in Circularity” series