Two cities pick up Program of the Year awards 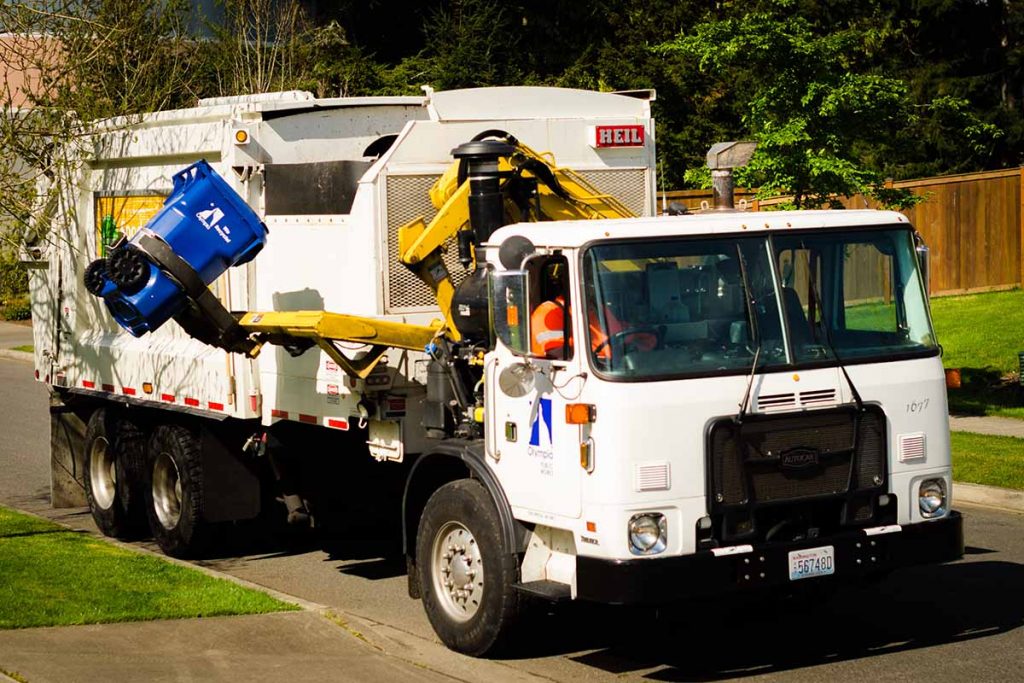 In Olympia, Wash. program officials have worked to bring the local recycling contamination rate below 8%. | Courtesy of city of Olympia, Wash.

Grand Rapids, Mich. and Olympia, Wash. were honored for their recent work significantly limiting contamination and boosting their residential recycling programs in other ways.

Contamination abatement has been central to recent recycling success in each city. In its submission materials to the awards program, Grand Rapids reported a contamination rate of 7.4%, and Olympia reported a 7.5% contamination number.

Both percentages are far lower than what’s being seen in many local programs in the U.S., where contamination rates above 20% are common. (The metric describes the percentage of material put in recycling by residents that can not actually be moved to downstream markets.)

During an Aug. 5 session announcing the winners, Ron Jones, a senior planner representing the city of Olympia, said his municipal program drew on many existing resources in getting to its current diversion success.

“We don’t do it in a vacuum, we do it by learning from all the others just like we are doing today,” Jones said.

This year marks the first time Resource Recycling has offered Program of the Year awards.

An open submission process in late spring and early summer of 2021 yielded candidates from across the country. Submissions were reviewed by the Resource Recycling editorial staff, and winners were selected with input from a committee of municipal recycling experts representing industry groups and consultancies.

Olympia has seen contamination greatly reduced in recent years thanks to a “lid lift” program. To start the initiative, the city of 52,000 residents worked with college interns specializing in geographic information systems (GIS) to design a system that would allow the city to run a small scale pilot in various neighborhoods and measure success.

The program involved choosing neighborhoods, measuring contamination through recycle sorts to establish a baseline, and then leaving feedback with customers via cart tags during spot checks.

Jones noted that a successful cart tagging program takes a lot of effort and involvement.

“It takes time to go cart to cart, door to door,” Jones said. “And you have to be there before the truck arrives to dump the cart. You can only do so many in a day.”

He added it’s critical to really examine the type of cart tag a program will employ, as well as how it communicates recycling instructions. It’s particularly important to consider the target community.

Coordinating with the MRF

Meanwhile, in Grand Rapids, which has a population of 198,000, program leaders have recently worked closely with the nearby Kent County materials recovery facility (MRF) to educate residents and enforce strict anti-contamination controls.

City crews remove carts after high levels of trash are found in recycling at a residence three times. Residents must wait six months and go through a “Recycling 101” training class with the MRF to get their carts back.

Grand Rapids also implemented a “Feet on the Street” anti-contamination tagging program in the fall of 2020, inspecting recycling set-outs at all 50,540 serviced households over the course of eight weeks. That effort reduced contamination in the local recycling stream by 37%, according to program leaders.

Robert Swain, solid waste programs manager for the city of Grand Rapids, described the city’s recycling program evolution. The city moved from dual- to single-stream recycling in 2010 and saw increasing recycling rates in the subsequent years.

“We started looking more into that and knew we had to come up with a solution to the contamination rate,” Swain said. The city ended up applying for a grant through The Recycling Partnership for the cart tagging program, and Grand Rapids rolled that program out to its residents.

Swain said the cart-tagging program did “exactly what it was supposed to do,” and said for any community looking into that type of program, “it really does work.” The program ended a few months ago, and Swain said the city is looking into its next steps for continuing to keep contamination down.

“Right now, we’re trying to figure out how to sustain all those achievements we made,” Swain said.