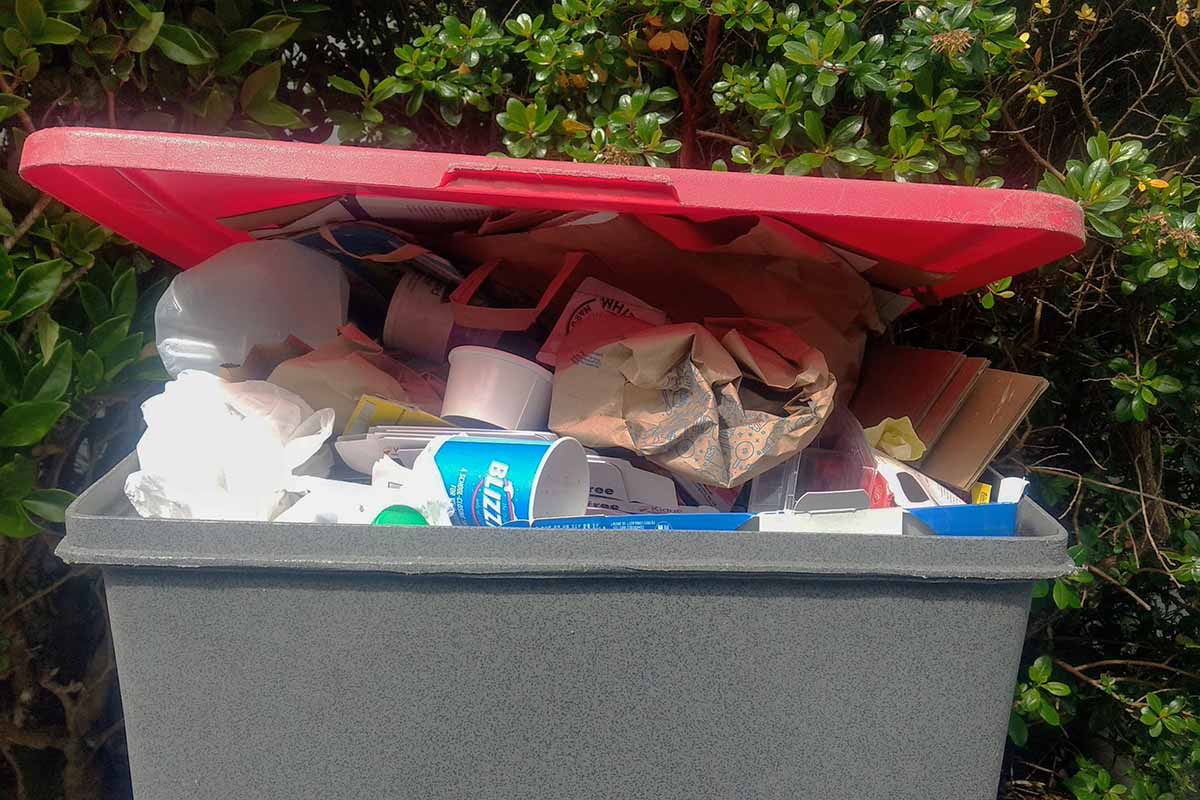 The report from SWANA delves into how poor recycling behaviors develop and why they persist. | Scott Beck / Resource Recycling Inc.

Education campaigns may improve curbside recycling practices for residents who produce average or low amounts of contamination, but they may not impact the worst offenders, according to new research.

The study was initiated to probe how poor recycling behaviors develop and why they persist. Understanding these factors “should enable recycling and sustainability program managers to develop and implement more effective anti-contamination programs that address the underlying reasons for curbside recycling contamination,” SWANA wrote in an executive summary of the research.

Researchers looked at recycling practices in two communities in the Solid Waste Authority of Central Ohio (SWACO) service area, sampling curbside recyclables before and after a switch from bins to carts. The switch was accompanied by an outreach campaign.

After recycling carts and the outreach campaign, “high performers” jumped from 39% to 50% of households and “learners” dropped from 38% to 22%, suggesting outreach reduced contamination rates for these groups.

But the highest-contamination group saw different results. Households deemed “under performers” increased from 23% to 28%.

“This increase in contamination occurred despite the extensive educational outreach that was conducted during the bin-to-cart conversion program,” SWANA wrote. “This suggests that increased education outreach is not likely to have a significant impact on the contamination caused by this group.”

These different trends – and the tailored outreach efforts that can address these differences – are detailed in the full SWANA report, which is only available to SWANA Applied Research Foundation subscribers.