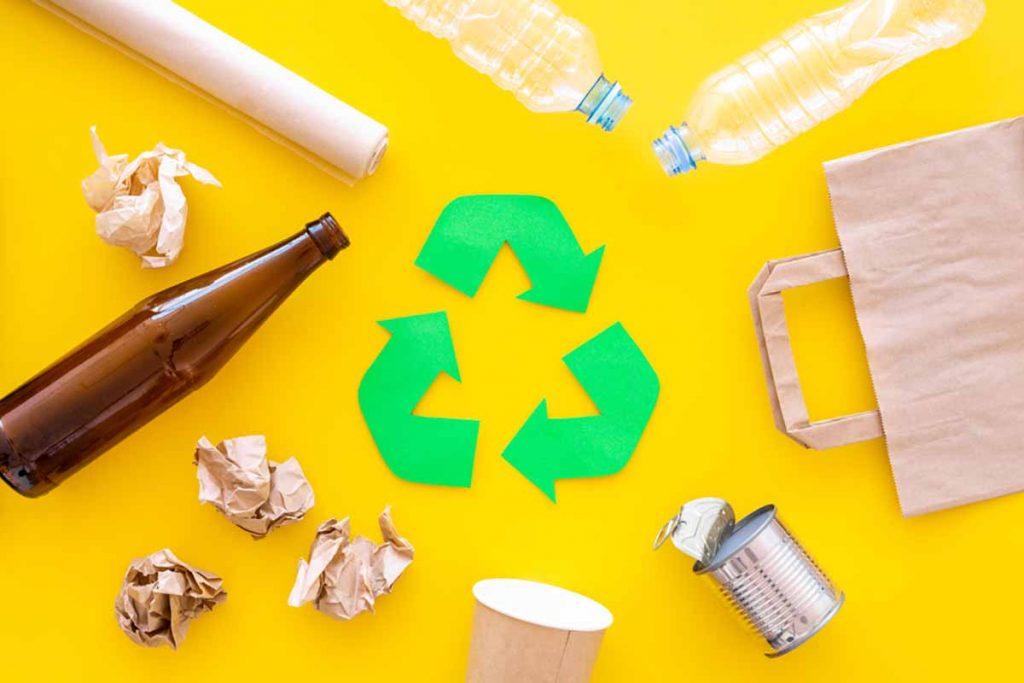 At the recent MRF Summit, held online, recycling leaders tackled a number of trends that are shaping the fortunes of material processors.

The 2020 MRF Summit, a collaboration between the Institute of Scrap Recycling Industries (ISRI) and the Solid Waste Association of North America (SWANA), took place on Nov. 18-19. The event was held virtually due to the ongoing COVID-19 pandemic.

During one session, leaders from major recycling programs and haulers shared strategies they’ve employed to reduce contamination in the curbside stream.

Kanika Greenlee, executive director of Keep Atlanta Beautiful, described a targeted contamination plan carried out in Atlanta’s recycling program. Cart taggers were dispatched in parts of the city before collection trucks went out, and they would open carts and look for obvious contaminants. Contaminated carts received an “oops” tag and would not have their material collected until the problem was fixed.

“We found that rejecting the carts was very helpful for us,” Greenlee said.

The program collected data about where contamination was occurring, allowing the recycling program to analyze geographical areas for improvement.

“We can get very granular by street, by neighborhood, by city council district,” Greenlee explained.

Pete Keller, vice president of recycling and sustainability for Republic Services, said his company engaged in a robust contamination reduction plan in response to National Sword, which Keller described as “a structural change in the marketplace.” Republic launched “Recycling Simplified” in 2018, a multifaceted program involving cart inspections, advertising and media outreach across numerous channels, and more.

The company introduced this program at five metropolitan areas for its first year, expanded it to seven additional areas in 2019, and planned to target 11 more locations this year, before COVID-19 threw a wrench in that plan. The reason the company planned such rapid expansion was because of the positive results, Keller noted: In one area, Republic saw contamination drop from 38% to 30%.

Keller anticipates contamination will continue to be an area of focus in the years to come, given its trajectory in recent years. “Contamination has been an increasing challenge for the better part of the last 15 years,” Keller said.

Adam Ortiz, director of the Montgomery County, Md. department of environmental protection, framed contamination reduction as one component of recycling that a local program has the ability to tackle, unlike downstream export markets, for example.

By the end of the six-week period, the target areas saw their contamination drop from 40% to 20%, and the lower contamination remained consistent when the county checked back in two weeks after the program ended.

Ortiz said reducing contamination is expected to save the county about $1 million in costs, mostly related to double-processing contaminated loads of recyclables. The positive results allowed the county to get additional outreach positions approved in the budget, to roll the program out countywide.

Insights from processors and end users

Kurt Schmitz, senior vice president for Pratt Recycling’s southern region, described how his company is responding to shifts in the makeup of the fiber stream.

Pratt Industries operates five 100% recycled paper mills across the country and uses more than 2 million tons per year of recovered fiber. That feedstock is roughly 70% mixed paper and 30% OCC, Schmitz said, and much of the supply comes from the company’s own MRFs.

“The percentage of mixed paper in the single stream is being reduced, newsprint is down, so the composition of the mixed paper itself is actually changing,” Schmitz said. Contamination has increased in recent years as well.

In response, Pratt has installed robots and artificial intelligence equipment to analyze the fiber stream. This equipment was recently deployed at the company’s Conyers, Ga. MRF, which sits adjacent to a Pratt paper mill.

“We’re analyzing the composition of the paper as it comes off the end of the MRF,” Schmitz said.

In the glass recycling space, combating negative perceptions is a constant battle, explained Curt Bucey of glass processor Strategic Materials. The company runs nearly 50 plants across the country, and it processes about 3 million tons of glass per year.

Bucey offered his response to a list of criticisms he often hears about glass recycling. Among other points, Bucey noted that broken glass can be recycled; China’s import restrictions had virtually no impact on the glass recycling market; and glass isn’t responsible for contamination as much as the entire single-stream system is to blame.

Another refrain Bucey hears frequently is that the value of recycled glass is collapsing. But Bucey said declining values have more to do with lower-quality glass being put out by MRFs. Some MRFs may be running their lines too fast or may not have installed equipment to boost their glass stream quality, he added.

“All of those affect the quality of glass, and the value,” Bucey said. “So when you hear, ‘glass value is declining,’ you really need to ask, ‘well, what’s the quality level?'”

For Nestlé Waters, a major user of recycled plastic, designing products with recycling in mind has been a big area of focus. John Caturano, the company’s senior sustainability manager of packaging and programs, noted that all Nestlé Waters products are 100% recyclable.

The company is looking to change consumer behavior to increase recycling. As one example, Caturano showed a QR code that’s used on the company’s Poland Springs bottled water. A consumer can scan the code with their smartphone and find information about the product, the bottle’s recyclability and local recycling information.

Caturano pointed to a significant opportunity in diverting the material that’s currently not captured.

“When you look at PET specifically, in the U.S. we put out about 6 billion pounds a year as an industry. Unfortunately, we’re only successful in collecting about 2 billion pounds,” he said. “That’s our measly 30% recycling rate that we can do much better on.”

U.S. and Canada approve pact as Basel amendment draws near

Beginning next year, scrap plastic exports from the U.S. will get a lot more complicated, as countries around the globe start implementing new import regulations. One large export market, however, recently came to an agreement with the U.S. to allow the scrap plastic trade to continue undisrupted.

Adina Renee Adler, vice president of advocacy for ISRI, laid out the changes that are coming under an amendment to the Basel Convention. The amendment was approved in 2019. Because the U.S. is not a party to the Basel Convention and most of its export markets are, it’s unclear how exactly it will impact U.S. exports, but is likely to slow the flow of plastic out of the country. That’s on top of already-declining export volumes due to fluctuating overseas markets.

“We are just learning this week that the United States and Canada have successfully negotiated an arrangement that will preserve the status quo of trade” in all non-hazardous plastics, she said. That means mixed-plastic bales will be allowed to move between the countries, for example, whereas those bales will be tightly controlled for export to other countries.

The agreement is significant, because Canada is currently the largest export market for U.S. scrap plastic.