“She said, ‘White kids don’t think about this – they sign up for what they want, and you should too,’” Hayes recounted in a recent interview. “I have never looked back. I am so glad that that counselor had that courageous conversation with me.” 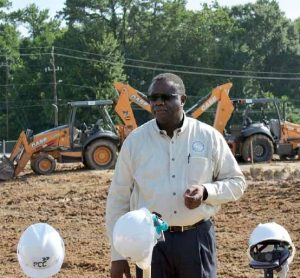 In the wake of George Floyd’s killing at the hands of police officers in Minneapolis in late May, discussion of Black representation in decision-making roles has been elevated in many segments of society. In a mid-July interview with Resource Recycling, Hayes helped connect those wider calls for racial justice to the realities of waste and recycling at the municipal level.

What’s your general reaction to the way the Black Lives Matter has expanded since the end of May?

I’m glad that for the most part the country has taken its head out of the sand. These are issues that are not new. They’ve been around for quite some time, like since the end of the Civil War and the post-Reconstruction period. It’s good for us to be talking about what we need to do to be better and what we need to do to live up to the founding documents of our nation, where we say that all men are created equal, and, as I say, that includes women. The poor treatment of one citizen should not be tolerated, and I’m just glad – as a citizen, as a parent, as a husband – that we are having these discussions and that we are really looking intently at what we do and how we live and how we treat each other as humans.

You mentioned being a parent. How old are your children?

They are 26, 21 and 15. And I’ve had what they call the “black parent discussions” with all my children and with my wife about engagement with law enforcement. I hear from a lot of people and I have my own experiences as well – lots of them good and some of them not so good, but again, I think it’s good for the country to be taking its head out of the sand and addressing where we are as a country.

There seem to be very few Black individuals leading solid waste programs or recycling companies in North America. Why do you think that might be?

If we take the fact that the country is just now taking its head out of the sand on a number of issues, then the “why” question is mostly answered. For more than 100 years, it was illegal or unacceptable, particularly in the South, for there to be ownership. It was against the law to live in certain places. There was economic redlining that was addressed not too long ago. So why do we not see that economic leverage in some communities – Black communities, brown communities, among women? It’s because of how we have grown up as a nation.

More cities are developing specific departments focused on equity, and more companies of late have developed hiring goals to try to ensure more minorities are in leadership positions. Are those kinds of steps useful?

I think they are very useful. And so are the programs that started in the 1970s, which were initially called affirmative action programs – they have been beneficial and helpful to undo a lot of the things that were legal. That’s a piece a lot of people seem to continue to miss. A lot of the inequities of this country were based on the laws of the United States. I am a graduate of Texas Southern; I am a very proud Tiger. That university was born out of legal racism within the state of Texas. The first Black student who attempted to go to school at the University of Texas law school was forbidden because he was Black. And the state of Texas created Texas Southern University – initially called the Texas State College for Negroes – so that Mr. Heman Sweatt could attend law school. There is a very rich history with my alma mater; there are a number of very great Americans that have attended my alma mater. But even that college is a reminder of the institutional constructed racism of our great nation – something that was born ugly now does really good things.

You’ve been with the city of Houston for over 30 years. Have you yourself faced racism?

In my efforts to move up the ranks in the city of Houston, I am not aware of any racial activity that has prevented my advancement. I certainly would have filed a lawsuit, but that has not happened.

We often see people of color holding many of the jobs in recycling collection and processing, but not in leadership positions. What may be inhibiting this advancement within organizations?

When you talk about organizational diversity, regardless of company, it’s a question of executive-level commitment and board-level commitment. If you look at the boards of these corporations and see what the boards look like, then you get a great indication of what the management of the companies will look like. 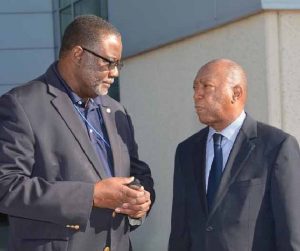 What has the dialogue been like within your department on the issue of equity?

In 1972, the Houston Solid Waste Department was established and it was an offshoot of the city’s Public Works Department. For the most part, it was determined that solid waste work was the job of the Black people and a few Hispanics. The past several decades we’ve worked very hard to diversify, and I can actually recall when we hired the first woman operators in this department, back in the late ’80s and early ’90s. We have grown the ranks of our Hispanic workforce, and we have grown the ranks of our Asian workforce. We are currently in the process of filling a couple of managerial positions, and it’s my intent to ensure we continue to increase our diversity. One of the things we have to battle with is interest in solid waste operations. A lot of people that we hire in operations, they’ll work for a couple of weeks and then determine, “This just isn’t for me.” It’s work. A lot of people are looking for a job, but they’re not looking for work.

Solid waste facilities often are sited in areas that are close to minority neighborhoods, meaning those populations can end up bearing the brunt of pollution or other quality-of-life issues. Is that the case in Houston?

Probably the father of the environmental justice charge is Dr. Robert Bullard, a fellow TSU Tiger. He put forward empirical data just in the Houston area showing that every landfill and waste processing facility and incinerator site was in a minority neighborhood. Of the facilities we have today, three of them are right square in the middle of minority neighborhoods. But at the same time, Atascocita Landfill [operated by Waste Management] is surrounded by $200,000 to $500,000 homes. Our southwest landfill is bordered by one of the largest developing neighborhoods in our region. People are readily moving into these areas because the management of these facilities is far better than it was 40 or 50 years ago, thanks to state and federal regulations that require they be safe. So even those facilities built on the outskirts of cities and outside of town, with our population growth and development and desire for cheap land, developers have built right up against landfills. People are readily and willingly buying into them.

You’re a Black person in an important industry leadership role. Do you think that can help inspire other people of color?

Oh absolutely. As I think about where I come from and where I started just in life and where I am today, I think this should have been impossible. But it was very much possible, and as a matter of fact, it was very easy because I had people every step of the way who opened doors, who created opportunities and saw what talents I had and how they could be of benefit.

How can the waste and recycling industry do a better job addressing the issue of systemic racism?

We need to accept the fact that certain communities in this country have benefited from the social and economic head start that they were provided. So I can go back to my own experience having been born in the early 1960s [in Alabama]. Things were still segregated. There was no moving into certain neighborhoods because it just wasn’t allowed. I do recognize that some folks get angry when these things come up because they don’t believe they’ve participated in it, and in most cases they did not. But the fight isn’t over. It morphs, there are new code words and new outlets. So we need to keep our heads out of the sand and understand what’s going on around us.

Dan Leif is the managing editor for Resource Recycling. He can be contacted at [email protected]