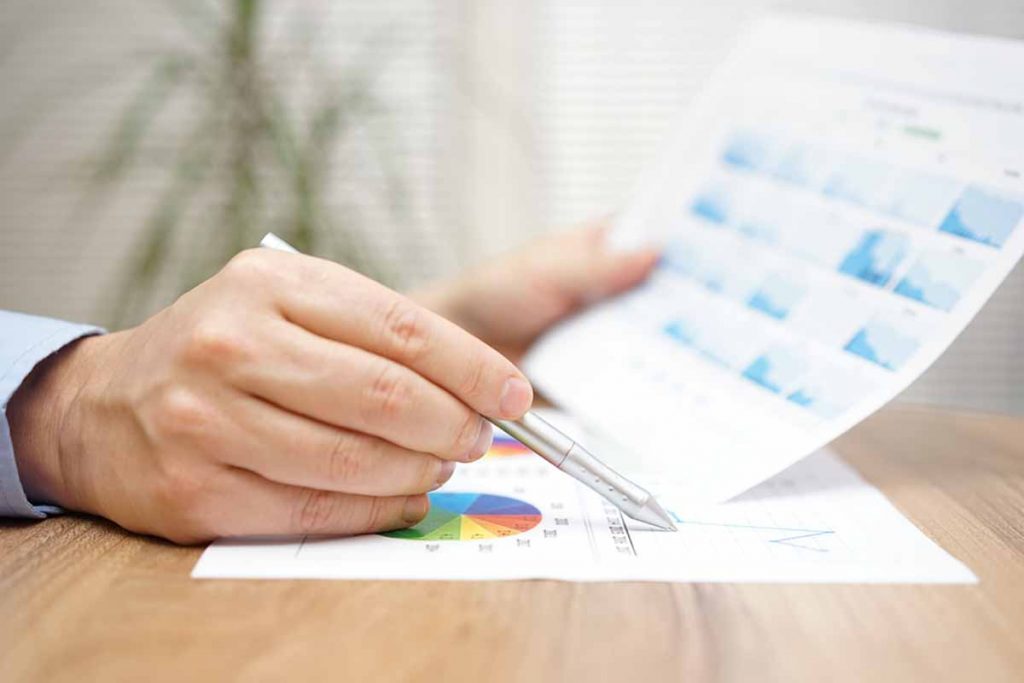 The financial services sector is taking note of the waste and recycling sector’s growing prominence in corporate sustainability measures. | Bacho/Shutterstock

Financial experts predict restructured contracts will lead to greater stability in the recycling sector. They also anticipate technology and corporate sustainability pushes will benefit the industry while ample consolidation will continue.

Resource Recycling recently spoke with experts from the bank’s environmental services group, discussing the financial health of the recycling sector and trends that may impact its future.

The bank also this month published a press release with takeaways on the wider waste management sector.

Fully integrated companies that provide waste and recycling services have the most stable cash flow production, said Maria Maia, a director with MUFG’s environmental services team. These companies have been fairly recession resistant and are attractive to the financial sector for their relative stability.

But what about companies that are active only in the recycling space? Over the last 10 to 15 years, these have been the operations with the “least amount of stability,” Maia explained. Fluctuating commodity prices and the way in which municipal contracts were structured contributed to this volatility.

The revenue-share model became popular and garnered contracts for recycling firms, but it became a liability when commodity prices tanked.

Maia identified the movement to restructure contracts so that they charge a fee for service as a significant positive step for the financial resilience of the industry.

The major industry players largely kicked off this trend, because they had the most ability to negotiate with the larger municipalities, Maia said.

“How they’re doing their contracts today is very different than it was five or 10 years ago,” she said. “So even the ones that have a greater amount of recycling as part of their total revenue, they have, in fact, continued to offer the service. They are just charging the municipality for the service.”

Revenue share may continue to play a role under such contracts, but they will increasingly include an upfront fee paid by the municipality to cover costs.

Robert Jones, managing director of MUFG, added that although the push to rework contracts is expanding throughout the industry, the actual impact may be delayed.

“It’s going to take an extended time for it to flow through, because in many cases you have to wait for these longer-term contracts to come up for renewal before the restructuring of that contract can take place,” Jones added.

Movements in technology and environmental initiatives are two major trends the financial sector is monitoring in the recycling space, Jones said.

On the technology side, he pointed to advancements in collection vehicles. That includes both the trucks themselves – the shift from diesel to natural gas and further movement into the electric vehicle space – as well as the systems inside the vehicles. Trucks are equipped with better data collection and improved connectivity, as well as greater safety systems, Jones said.

“These companies can make adjustments to the business very quickly. They’re becoming very agile,” Jones said. These technological advancements can “drive performance and really differentiate a competitor in the industry,” Jones said.

However, as more of the industry moves in this direction, it may become harder to compete.

“These are compelling, high-return investments in our mind, but they do require a greater upfront commitment, access to capital for these companies, and that’s going to be challenging for some particularly smaller companies, we think,” Jones said.

Beyond collection improvements, Jones described the technology developments within the MRF. Companies are deploying advanced optical sorting systems, robotic sorting equipment, new screening equipment and more, all of which help to increase recovery rates and quality for different material streams, he said.

“We believe the waste industry is playing an important role, really right on the front line of environmental stewardship, and doing all of this within the context of operating a really attractive business with strong investor returns,” Jones said.

Numerous waste and recycling company acquisitions have taken place in recent years, leading to an industry increasingly led by a handful of huge players.

“There’s a been a high level of consolidations for, I would say, the past 20 or 30 years, which has resulted in a large quantity of revenue being concentrated amongst the four largest publicly traded companies,” said Fabio Lauro, vice president of MUFG, referring to Waste Management, Republic Services, Waste Connections and GFL Environmental.

Despite all this activity, as a whole, the solid waste sector remains highly fragmented and ripe for consolidation, Lauro said.

Those four large companies represent roughly 50% of the market, he said, and the remainder of the market is fairly fragmented. It’s made up of some 10,000 “solid waste management” businesses, Lauro noted, and within that number are very few mid-sized firms of revenues greater than $100 million. Most of them are small businesses with revenues less than $10 million.

Although the trend has been visible for decades, the last three or four years brought an “acceleration” of consolidations, Lauro said. And he anticipates it will continue.

Lauro identified several key factors influencing the rising pace of acquisitions. One common scenario is owner retirement from family-run waste and recycling businesses. If the next generation within the family is uninterested in operating the business, a sale can look more attractive.

Secondly, the equipment and technological upgrades require money that some smaller firms just don’t have. As an example, Lauro explained that an average electric collection vehicle costs roughly $500,000, close to double what a traditional diesel model would run.

“With this trend into higher-price technology investment, it places more pressure on the smaller, family-run waste businesses,” he said.

Smaller companies that collect garbage and recycling are at a growing competitive disadvantage as well, because landfill ownership is increasingly concentrated among the major waste companies. That means smaller haulers have less control over their disposal costs.

“The rules of the game here favor the larger waste companies and are making it more difficult for smaller companies to be competitive and profitable,” he said.

The tax code changes approved by Congress in 2017 have also kept up the pace of consolidation. Some smaller firms have accelerated plans to sell their business due to the tax changes, which lowered corporate tax rates, among other business-friendly provisions.