MRF operator and public agency are at odds in Iowa 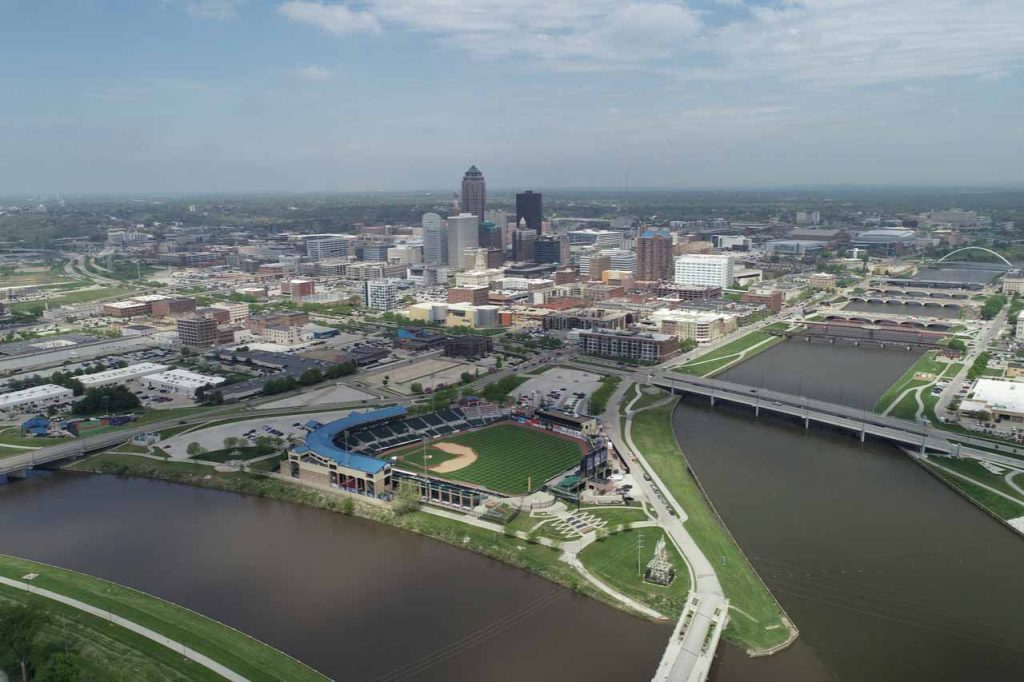 Plans to build a new publicly funded MRF in the Des Moines, Iowa area have drawn criticism from the region’s current recycling contractor.

The Metro Waste Authority (MWA) plans to open a single-stream MRF next year to handle recyclables collected from communities surrounding Des Moines. The agency has described the MRF as a key component of meeting recycling needs for the region into the future.

Under the plan, MWA, which collects curbside recyclables from some 93,000 households, would own and operate the single-stream MRF. That’s a change from the current setup, in which the authority contracts with Mid America Recycling, a private company that has processed the region’s recyclables at its own MRF for 27 years.

The waste authority recently approved a loan agreement to finance the new facility, which officials say will cost about $24 million. The financing step drew renewed criticism this week from Mid America Recycling, which described the project as “risky,” particularly in light of anticipated budget shortfalls due to the COVID-19 pandemic.

Mid America has long criticized the MWA project, which will effectively end a major contract for the private MRF operator.

Last fall, Mid America’s owner wrote an op-ed against the facility. In February 2020, before the loan approval vote, a statement from Mid America noted the economics behind the proposed MRF “simply do not make sense.” The company’s chief financial officer submitted testimony to MWA stating there was “no rationale” to support the finances involved with building the new MRF, and that the authority could potentially face up to $4 million per year in operating losses.

This week, Mid America again stressed that it has “vigorously opposed the proposed MRF from its inception because it duplicates existing services, increases costs, and demonstrates poor fiscal management of public funds.”

Michael McCoy, executive director of MWA, told Resource Recycling this week the project has public support and pencils out financially as effectively as the current contract with Mid America does. He added the MRF would give the waste authority control over its own future.

He took particular exception to Mid America CEO Mick Barry describing the MRF as a “vanity project” in the recent press release.

“It’s a necessity project that he will not fulfill,” McCoy told Resource Recycling.

In a 2018 project feasibility study, MWA acknowledged there would be some risk associated with building the MRF. There would be financial uncertainty in developing and operating the facility, unknowns as far as the quantity and quality of material coming in, and risks in the performance of the MRF and marketability of materials coming out the back end.

But the authority also pointed to several issues with the current arrangement.

“The number of times [Mid America] has come to MWA for revisions to the contract has been concerning,” the authority noted in the feasibility study. “There are risks associated with the potential future contract terms between MWA and [Mid America].”

The authority also highlighted changing market conditions and stated it worried that Mid America “might not invest in [its] facility and eventually not be able to process commingled recyclables due to the tightening of market standards.”

In previous board meetings, the waste authority expressed concern with an early 2018 situation in which Mid America was temporarily unable to sell mixed paper and briefly had to landfill the material.

According to McCoy, the waste authority checked around and found alternative outlets for mixed paper that was delivered to its landfill. MWA diverted, composted and sold some of the material, McCoy said.

Mid America’s move to landfill the material “upset a board of 17 elected officials,” McCoy said in the interview with Resource Recycling. He said the episode accelerated the process of planning an MWA-owned MRF.

In its press release this week, Mid America said its current contract with the waste authority “is designed to protect the metro communities from these catastrophic market downturns” and has enabled the curbside recycling system in the region to “continue operations without disruption.”

Barry of Mid America said the financial implications of building the MRF as the economy struggles from the COVID-19 impact will be “devastating.”

“We implore city officials to keep these monetary funds within our communities and consider what those millions of dollars could do for local budgets in a post COVID-19 taxpayer environment,” Barry said in the release.

McCoy, however, said MWA’s finances remain solid even during the pandemic, in part due to MWA’s history of being fiscally conservative.

He added that the project is already well underway: MWA has been planning the MRF for almost four years, has received loans for the MRF, has purchased $10.9 million of CP Group equipment and is working through the design stage for the facility.

“This ship has sailed,” McCoy said.