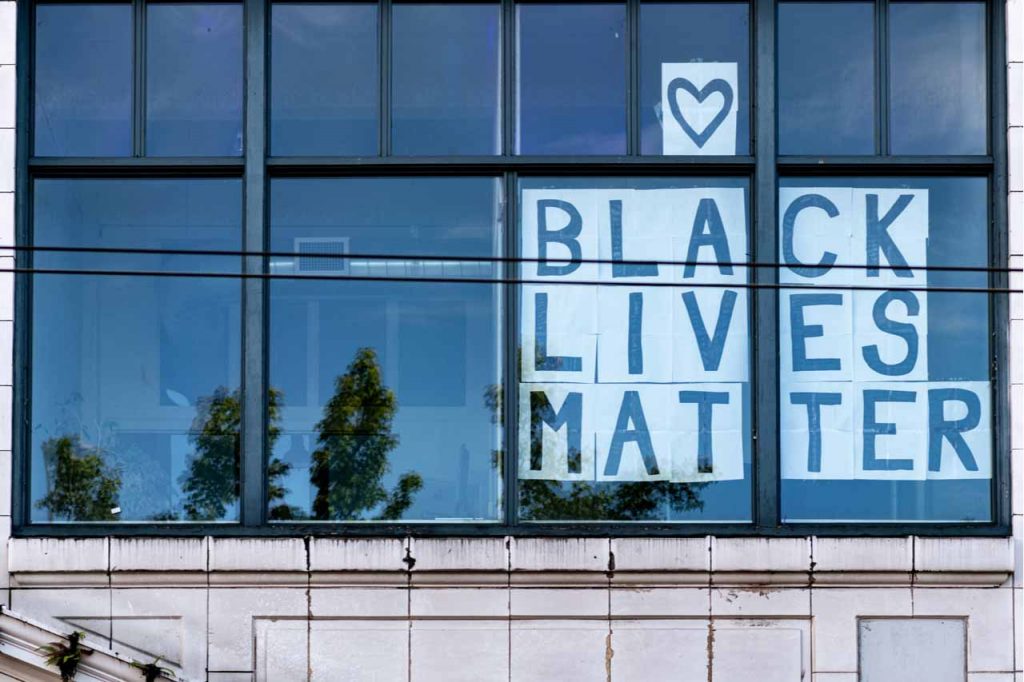 A number of recycling industry groups have spoken out against racism in recent weeks. | Pix_Arena/Shutterstock

Recycling organizations, environmental advocacy groups and municipal programs are joining the call to oppose racism and work for systemic change.

Many recycling-related organizations have spoken out in the weeks following the death of George Floyd, a black man who died as a Minneapolis police officer knelt on Floyd’s neck for more than eight minutes.

Protests calling for police reform and racial justice have taken place around the country and world in recent weeks. The following groups join several major recycling companies that commented on the situation.

The Solid Waste Association of North America (SWANA) wrote about racial injustice in a column that was previously planned to highlight the organization’s upcoming SWANApalooza conference.

Instead, SWANA CEO David Biderman wrote about Floyd’s May 25 death, as well as the recent deaths of Breonna Taylor in Louisville, Ky. and Ahmaud Arbery in Brunswick, Ga.

These deaths reinforce “the unfair and obvious truth that African Americans throughout the United States remain too vulnerable to senseless violence and racism,” Biderman wrote. “Because we are all intricately connected by our common humanity, when one segment of our community is hurting, we must all respond.”

He added that there are many African Americans in the waste and recycling industry and that, in many areas, African American employees make up “the vast majority of the front-line personnel.” He called on SWANA members to work together to overcome racial, economic and other barriers that divide society.

“Would I like many of you to register for SWANApalooza? Of course. But what I really want is to look my children and future grandchildren in the eyes, tell them about America’s response to George Floyd’s tragic death, and have them be proud that, to quote Dr. Martin Luther King, Jr., we helped bend the arc of the moral universe towards justice,” Biderman concluded.

The New York Department of Sanitation (DSNY) touched on the widespread unrest throughout New York City, noting that “people in every neighborhood are speaking out loudly against racism, inequity and inequality.”

“Our department is as diverse as our city, and for many New Yorkers, sanitation workers are the public servants they are most likely to meet in a given day,” DSNY Commissioner Kathryn Garcia wrote. “We all have an obligation to live up to the ideals of tolerance and justice.”

Beyond the protests, Garcia described looting in some neighborhoods and highlighted the role that DSNY workers played in cleaning up after these events.

“We’ve done it before,” Garcia wrote. “After 9/11. After Hurricane Sandy. During this COVID pandemic. We are the DSNY family, and we support our city in times of need and times of pain.”

The Oregon Refuse & Recycling Association (ORRA), a group of Oregon haulers and MRF operators, “denounces the senseless murders of George Floyd, Breonna Taylor, Ahmaud Arbery, and countless others,” ORRA said in a statement.

“We know that this moment in history calls for self-reflection and for committing to doing things differently,” ORRA wrote. “No person should live in fear – we stand united with all people of color in calling for justice and accountability. To this end, we commit ourselves to doing our own hard and intentional work to be more inclusive, to assessing our own biases, to listening, and to fostering an industry where people of color can thrive.”

Keefe Harrison, CEO of The Recycling Partnership, issued a statement explaining that the organization will incorporate social justice into its recycling advocacy and support work.

“We at The Recycling Partnership stand with Black people and people of color,” Harrison wrote. “We stand against racism. Today, and in all the days to come, our mission to advance recycling will carry with it a flag of social justice including the right to pursue a healthier and more sustainable life. We call on our community, company and industry partners to listen, learn and do more to uphold equality. We pledge to do the same.”

Several organizations called for environmental advocates to stand with movements for racial justice.

The Product Stewardship Institute (PSI), which supports extended producer responsibility systems, issued a statement noting that Floyd’s death has “brought many issues to a head.” The organization touched on institutional racism, police brutality and militarization, racial injustice and other topics, explaining that PSI stands “in solidarity with those demanding systemic change.”

“There is no environmental justice without racial and economic justice,” PSI wrote.

The Global Alliance for Incinerator Alternatives (GAIA) also called for solidarity from the environmental movement. The group, which frequently advocates against incineration and chemical recycling technologies, called on its supporters to sign a petition demanding the Minneapolis City Council defund the Minneapolis Police Department.

“The environmental movement must join hands with the movements for Black and indigenous lives,” GAIA wrote.

Green California, a group of numerous environmental organizations including Californians Against Waste and the National Stewardship Action Council, issued a statement in solidarity with the Black Lives Matter movement.

“While Green California includes organizations that were founded on principles of racial justice, many of our organizations have not historically fought for Black lives by standing against police violence and police brutality,” the group wrote. “Now, many of our member organizations have issued statements condemning police brutality and calling for reform, but we want to speak as a group to the current moment and its impact on the nation and our future as a democracy.”

The group wrote that it will be “examining our own roles in perpetuating racism and reorienting towards actively dismantling its causes.”

Shareholder advocacy group As You Sow wrote that it is “devastated by the police brutality that cut short George Floyd’s life, and the systemic racism in our society that led to it. George Floyd’s murder is one more in a long list of violent acts and brutality against Black Americans that exposes deep, pervasive, and toxic racism.”

The organization said it embraces the demands of protesters across the country and internationally, calling for “real, meaningful and lasting change.”

“Structural racism, abuse of power, and economic disempowerment are forces that undermine our efforts as individuals, communities, and nations to live well and with dignity,” As You Sow wrote. “We must recognize the imperative to listen to and amplify the voices of all those who live under a constant threat of violence and intolerance, and who lack basic freedoms. Only through addressing these problems can we build a stronger whole.”