The Nebraska Recycling Council has a new executive director, and she is looking to continue the organization’s focus on extending education and outreach resources to programs around the state. 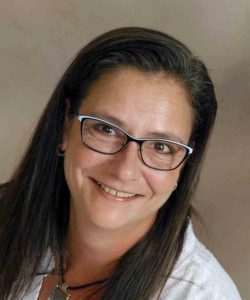 Heather Creevan was selected for the leadership role at the Nebraska Recycling Council last fall, when former Executive Director Julie Diegel announced she would be retiring from the post at the end of the year. Creevan most recently served as deputy director of the organization.

In announcing the transition, Creevan said the organization has a solid foundation and is poised to move to the next level.

“My vision is to make [the group] the one stop shop for your recycling needs and to provide assistance and resources to the entire state of Nebraska as is at the heart of our mission,” she said in a statement.

In an interview with Resource Recycling, Creevan noted she sees Nebraska Recycling Council’s role as connecting stakeholders with each other, assessing the needs of the state’s recycling industry and extending resources statewide.

Nebraska’s recycling industry has found the hub-and-spoke collection model to be most successful given the state’s largely rural geography, Creevan said. That brings additional market pressures, particularly from reliance on the fluctuating freight market. Like many states, Nebraska is seeing depressed recycling commodity markets as well.

For the Nebraska Recycling Council, such challenges are addressed in part by working to create cleaner commodities, beginning at the curb.

“One of our key focuses is education,” she said. That means assisting in public-facing campaigns helping to counter the idea that recycling is free or that recyclables are all moving to the landfill.

“Contamination is a big barrier, and I think that’s true everywhere,” Creevan said.

Nebraska Recycling Council also focuses on technical assistance, she added, offering education, networking opportunities and grants to those in the industry. The organization hosts facility tours, workshops, trainings and regional stakeholder meetings, which are particularly important in a rural setting.