As China’s import restrictions have continued to evolve, much of the analysis on the situation has come from companies and organizations based in North American and Europe. But voices from inside China have been hard to come by.

A report earlier this year from consultancy NPC Partners brought some much-needed perspective from experts working within the world’s largest country. The company employs specialists in Beijing, Shanghai and Hong Kong (as well as Atlanta), focusing on the pulp and paper industry.

NPC’s “China Recovered Paper Market & Policy Report” offers a look at the factors behind China’s restrictions imports of recyclables, and it also outlines emerging opportunities in recovered paper across the world as markets shift.

Resource Recycling: How has the paper recycling industry inside China changed over the past two years? Have many companies gone out of business, or have they just adjusted their feedstock?

Han Yao: Clearly, the domestic paper recycling industry in China has been adapting itself to the changing market and policy environment. With continued reforms on the imported solid waste regulation and other environmental protection fronts, paper mills have become more involved in the domestic paper recycling system. More importantly, dual pricing has emerged for all [recovered paper] grades: the price in China versus the price outside of China, with the price inside China being substantially higher. More small and uncompetitive companies are being forced to leave the market, given challenges in following the new market direction as well as meeting enhanced regulations. As for recycled paper mills, they are exploring all possible ways to address feedstock issues, from chemicals to use of virgin pulp, non-wood pulp, recycled pulp and so forth.

Ongoing changes in China’s market have been tracked closely around the global recycling sector. However, many companies are still finding difficulty seeing the whole picture, and are unsure of future outcomes. That was what drove us to develop our advisory report. 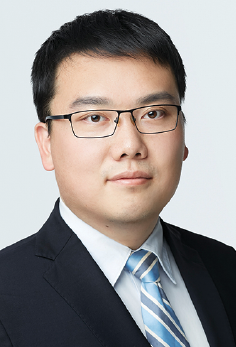 Does it seem like domestic recycling efforts inside China will be able to grow to sufficiently supply the country’s paper manufacturers? What efforts is the government taking to boost domestic recycling, and what barriers stand in the way of Chinese residents recycling more?

Our analysis suggests that total fiber furnish in China will reach a “new balance” when relevant policies are finalized – essentially, the country will reach a stabilized supply-demand situation. Certainly, the domestic recycling sector will play a larger role in supplying the paper manufacturers located in China. And as China’s economy shifts and increases the amount of imported paper and all kinds of goods, there will be additional sources of material for the domestic recycling system.

New and enhanced regulations on imported solid waste, domestic recycling and use of recyclable resources are certainly the government’s major efforts to boost domestic recycling. Regulation on garbage sorting is also expected to improve the efficiency and the quality of the recycling sector overall. For Chinese residents, it will take time to be educated and adapt to the new regulations. The regulations may be also changed upon actual outcome.

In general, how is the paper recycling business viewed inside China? I know the plastics recycling sector had a reputation for being a source of pollution. Is the same true on the paper side?

Nowadays in China, more and more members of the public would view paper as one type of recyclable resource and is a greener option than plastic material. The impression of pollution when it comes to paper is mostly on the production process – you can find news reports and government-inspection notices on paper mills creating pollution sometimes.

As the Chinese recycling infrastructure develops, are there opportunities for equipment suppliers and other companies in North America to play a role?

Yes. While the previous market may have shrunk or changed greatly, new opportunities are opening up. For companies in North America, the most important thing is to gain a real comprehensive understanding of Chinese government policy motivations and other new drivers for the current China paper industry. Then, companies can assess their positioning. For example, China’s internal recycling system is the next focus for many local government, and there will be new investments. Also, trade with China for products such as recycled pulp, imported paper and board are expected to further grow. In this case, companies will want to assess the scale and sustainability of this new trend. The key will be learning how to identify the changing price and policy signals to create the best positioning.

How much of a voice has the Chinese paper industry had in the discussion about how to move forward on recycling in China? Did these companies have any influence over the government’s import and recycling actions of the last several years?

The paper industry certainly has a voice in moving forward recycling in China, and paper companies have some influence over the government’s import and recycling actions. But there are also other key factors considered by the government. For one thing, imported solid waste as well as recycling covers more than the paper recycling sector, and certain materials have been regarded as part of China’s pollution issues. Government policy so far has focused on cutting pollution. Sometimes this creates challenges in waste identification and can lead to over-implementation.

Reform is also taking place within the government. In October 2018, China’s Ministry of Ecology and Environment announced a new organizational structure that includes a new Department of Solid Waste & Chemicals. The Inspection and Quarantine Unit that usually oversees import inspections will now be part of China Customs. These organization changes have been facilitated by the central government to design and implement new policy goals.

You mentioned the possibility of China expanding imports of recovered paper pulp. What factors will play into whether that expansion happens? And how can possible suppliers in North America and elsewhere position themselves to take advantage of this possibility?

Demand, supply and policy factors will all play into the decision on expansion. The use of recycled pulp will also depend on how waste source and collection develops in China as well as cost competitiveness, regulation and more.

I’ve heard that one goal of import policy reforms in China has been to cut overcapacity in the paper industry.

Actually, I think this is a misunderstanding. There are policies on overcapacity, but not the one that set restrictions on imported solid waste. The main aim of restricting imported solid waste is to reduce pollution and enhance overall management on material standards and quality. Another aim is to improve the domestic recycling sector; thus, the downstream sectors will rely less on imported recycled materials. So far, the main challenge for Chinese authorities has been telling the difference between recyclable resources and waste.