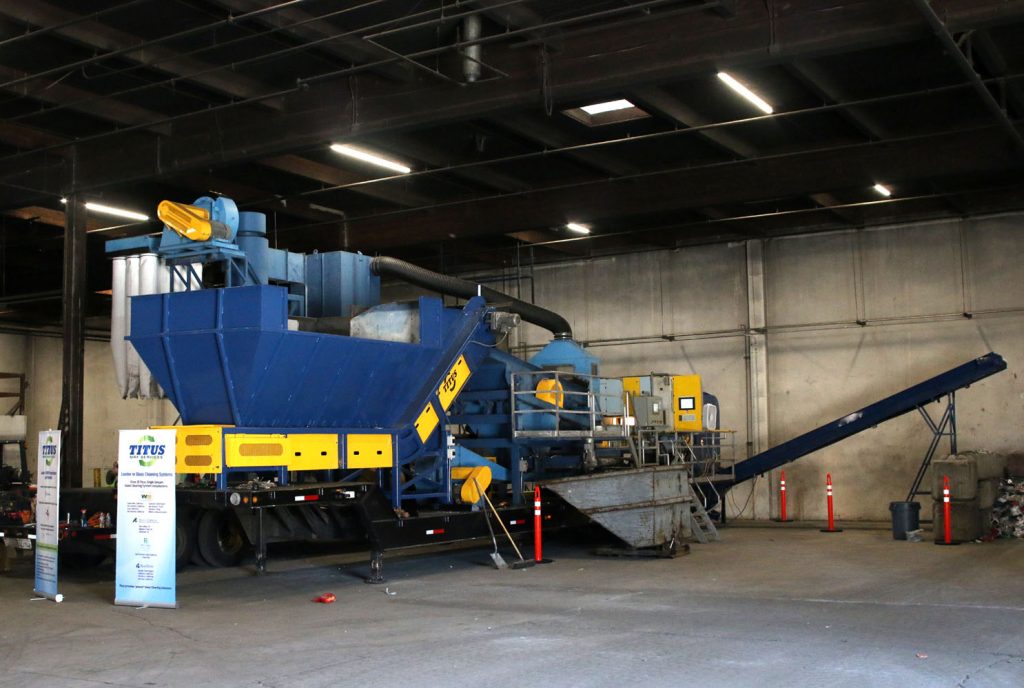 Aug. 1 kicked off public demonstrations of an effort to sort a variety of resins from loads of material otherwise bound for disposal. The goal is to develop a pool of data that can help guide future industry investments.

The Pacific Northwest Secondary Sorting Demonstration Project is in the middle of its 60-day run, operating in a shuttered recycling center in Portland, Ore. Equipment from Titus MRF Services was transported up from Los Angeles, and the project is currently working through loads of material provided by several materials recovery facilities (MRFs).

The volume and variety of funding organizations “speaks to the breadth of interest” from different sectors, said Kim Holmes, vice president of sustainability for the Plastics Industry Association.

The project was announced in June.

Data is the driver

At a warehouse that formerly housed a recycling center operated by Far West Recycling, the secondary sort project will work through four separate 40-ton loads of material, or 160 tons in all.

The inbound stream is MRF residue otherwise destined for disposal. The secondary facility is taking that material and using sorting equipment to further separate it to recover additional value.

The 160 tons is a relatively small volume, but it’s a sample size that will generate data that can be generalized for wider application. The Portland project is separating out six streams of material: PET, HDPE, LDPE, PP, PS, and gable top and aseptic cartons.

Material is coming in from several MRFs around the Pacific Northwest, including facilities operated by Far West, Waste Connections and others. 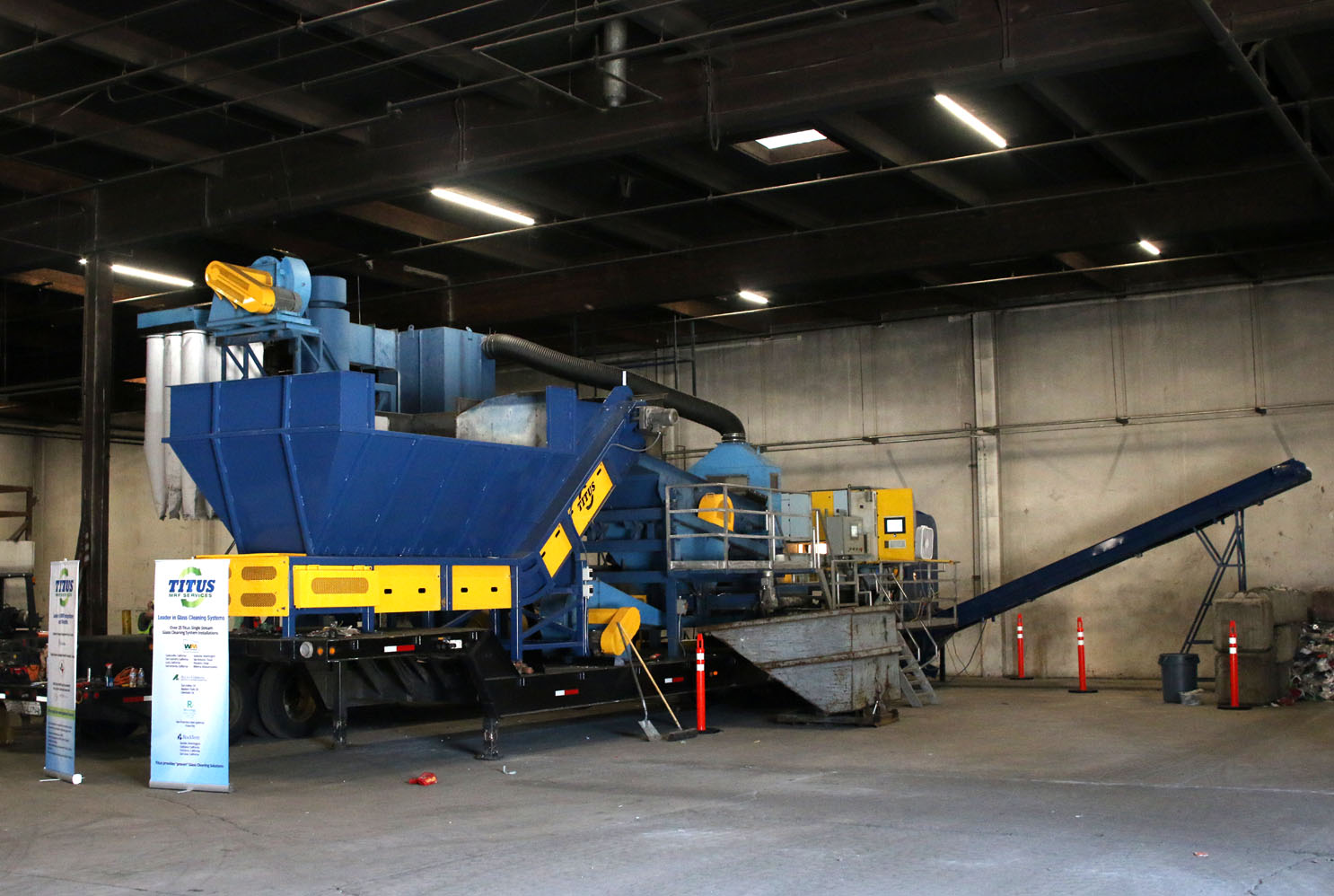 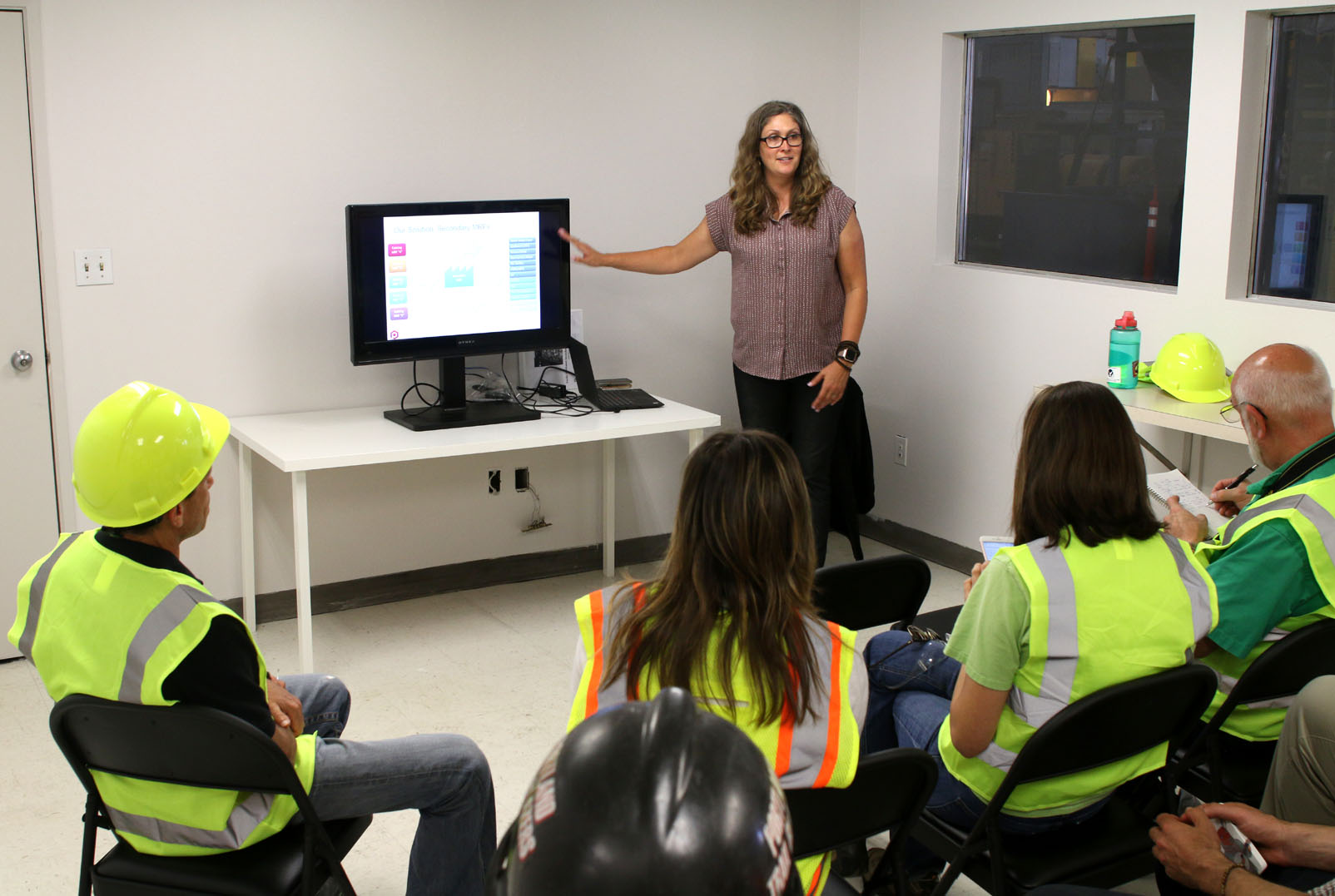 Kim Holmes, vice president of sustainability at the Plastics Industry Association, has been leading tours of the demonstration project in Portland, Ore. 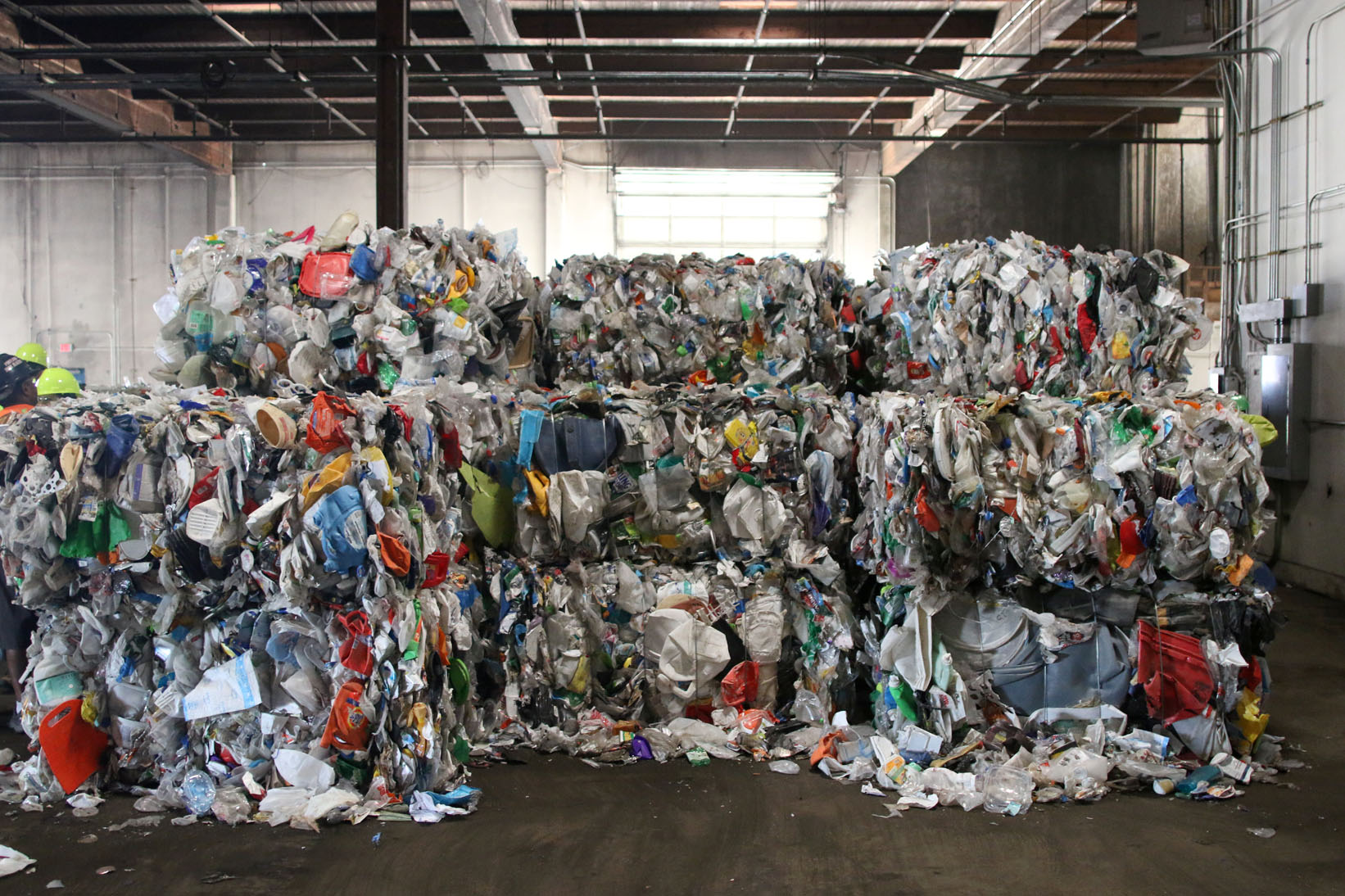 Produced by a Seattle MRF, these bales were awaiting sorting. 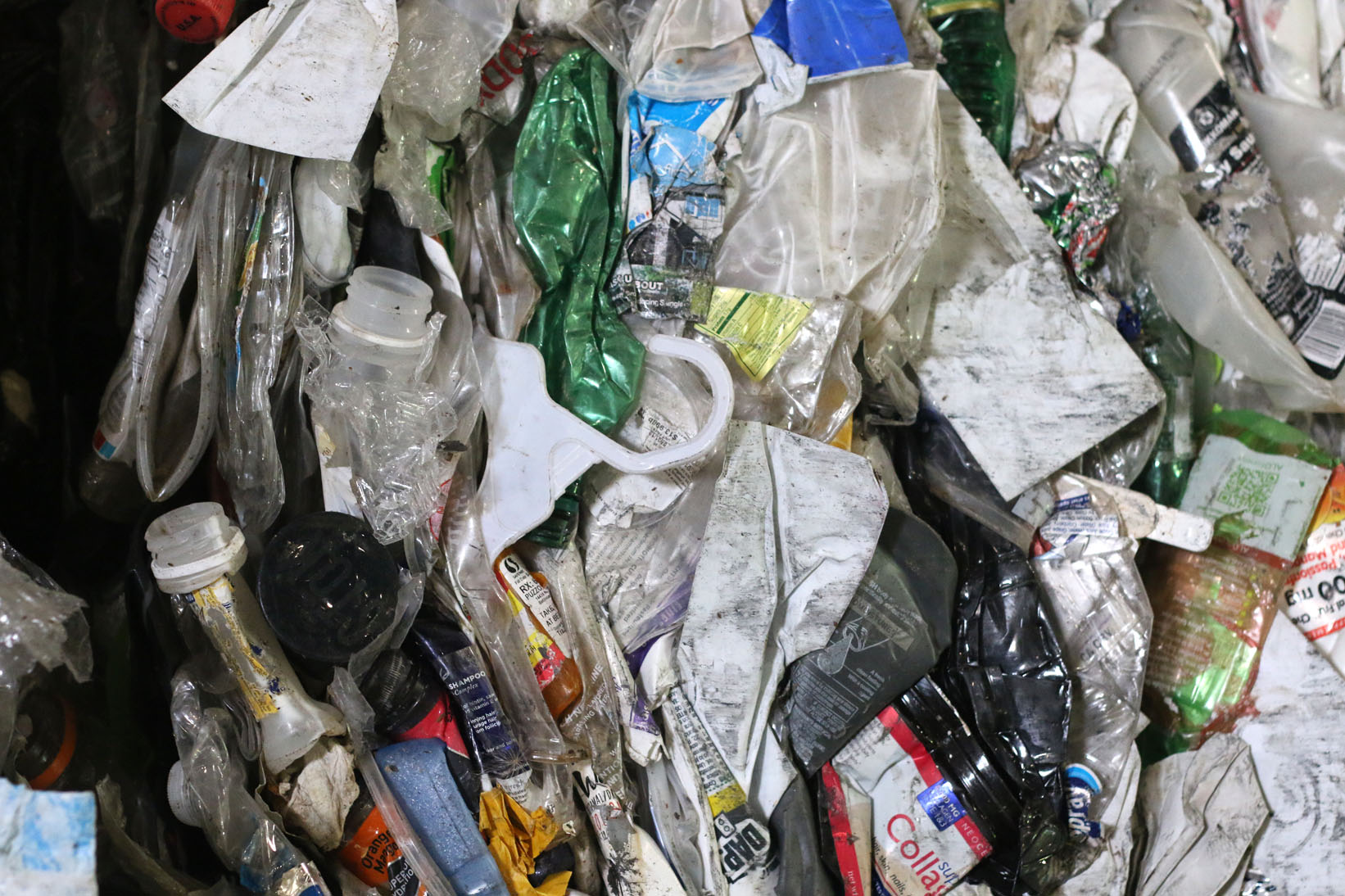 A close-up view shows the wide variety of materials in the mixed-plastic bales. 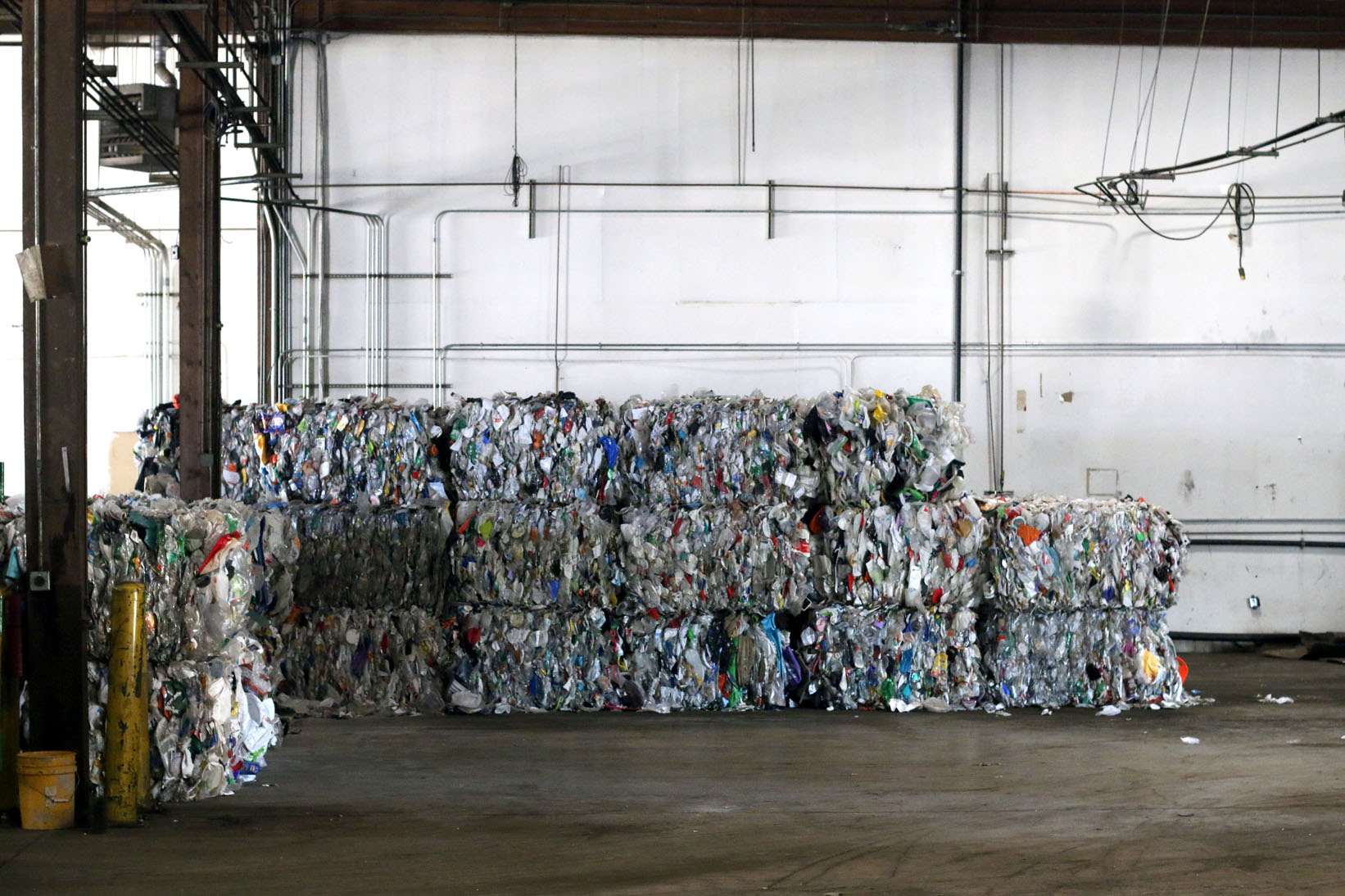 The demonstration project is taking place at a Far West Recycling facility in Southeast Portland, Ore. 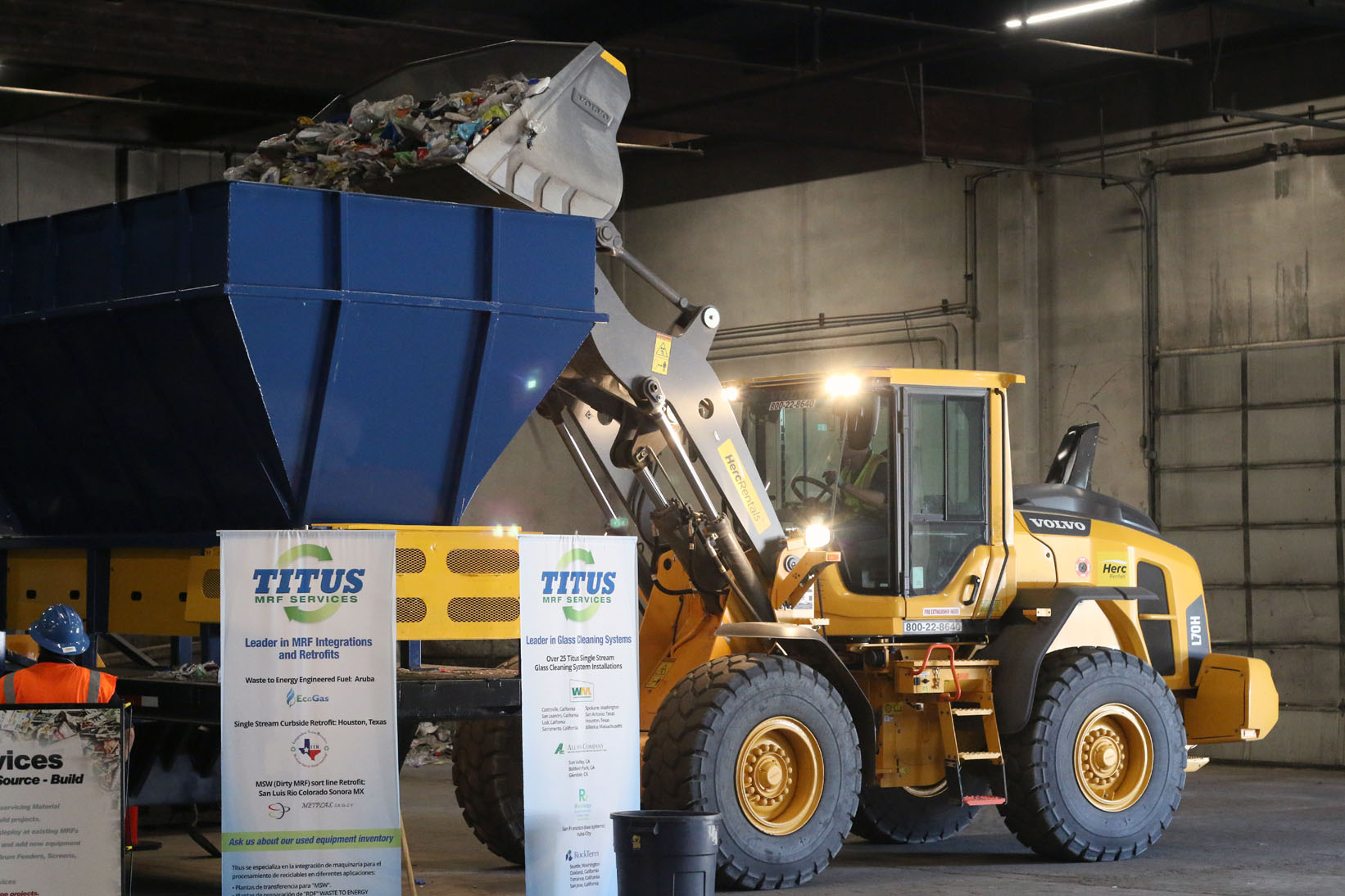 A loader drops mixed plastics into the sorting system's hopper. 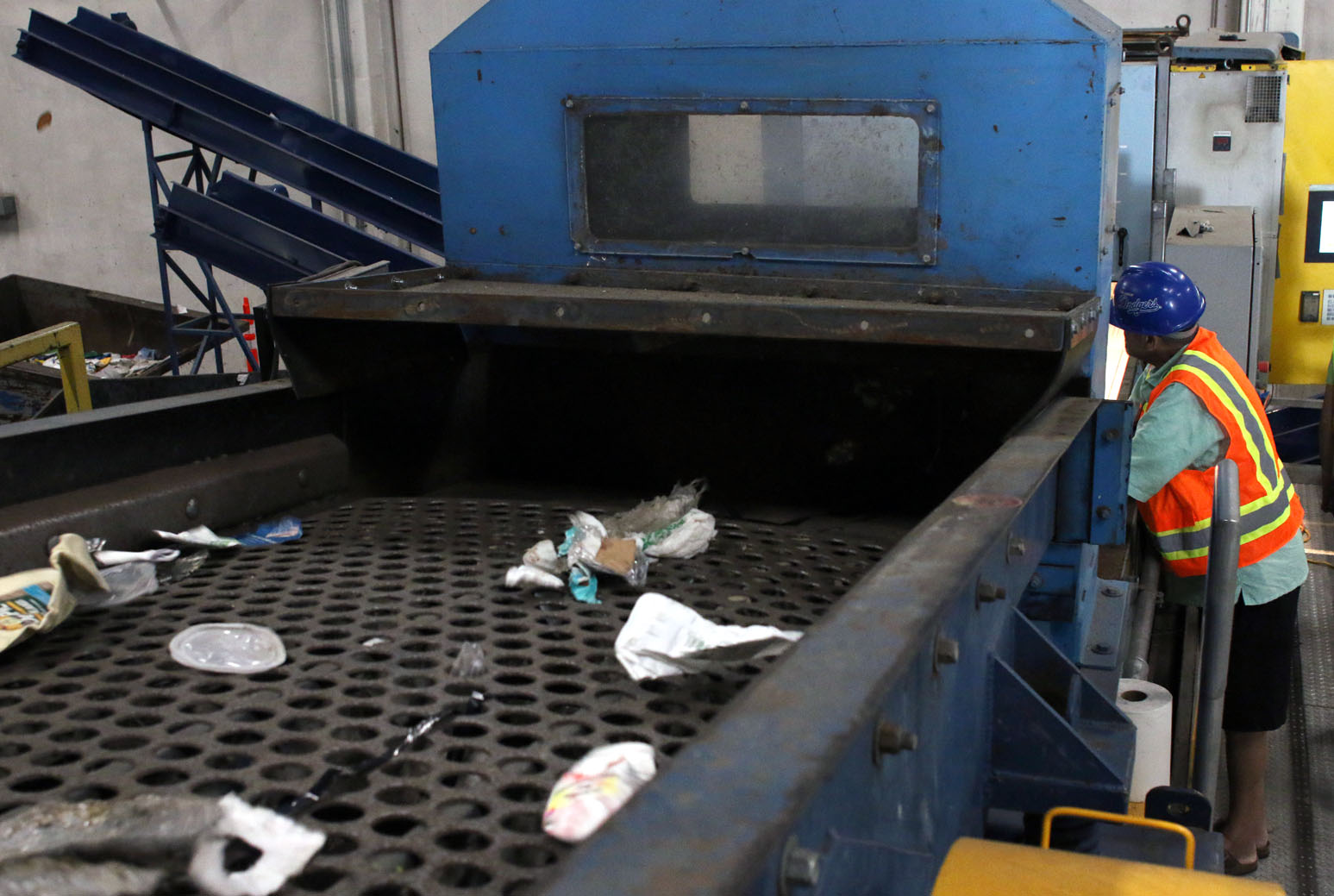 A vibratory screen removes small items from the stream. Under the hood, suction is used to pull out films and other light materials. 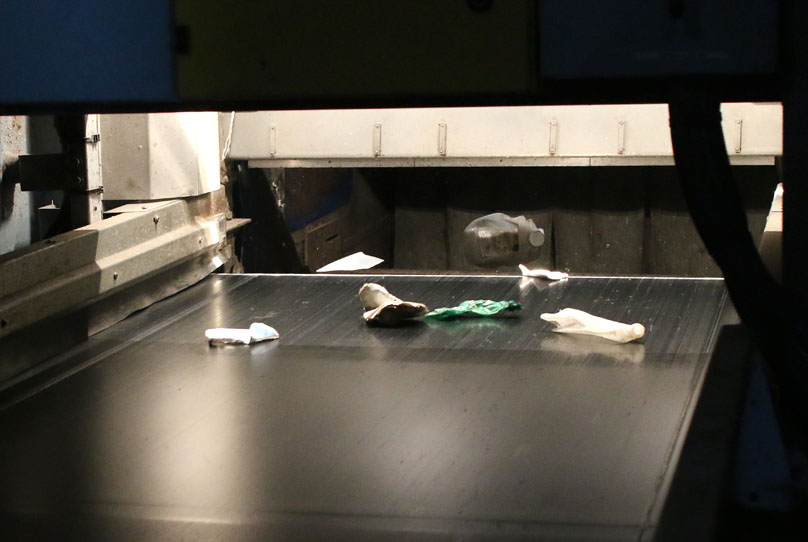 An optical sorter is used to sort plastic containers. 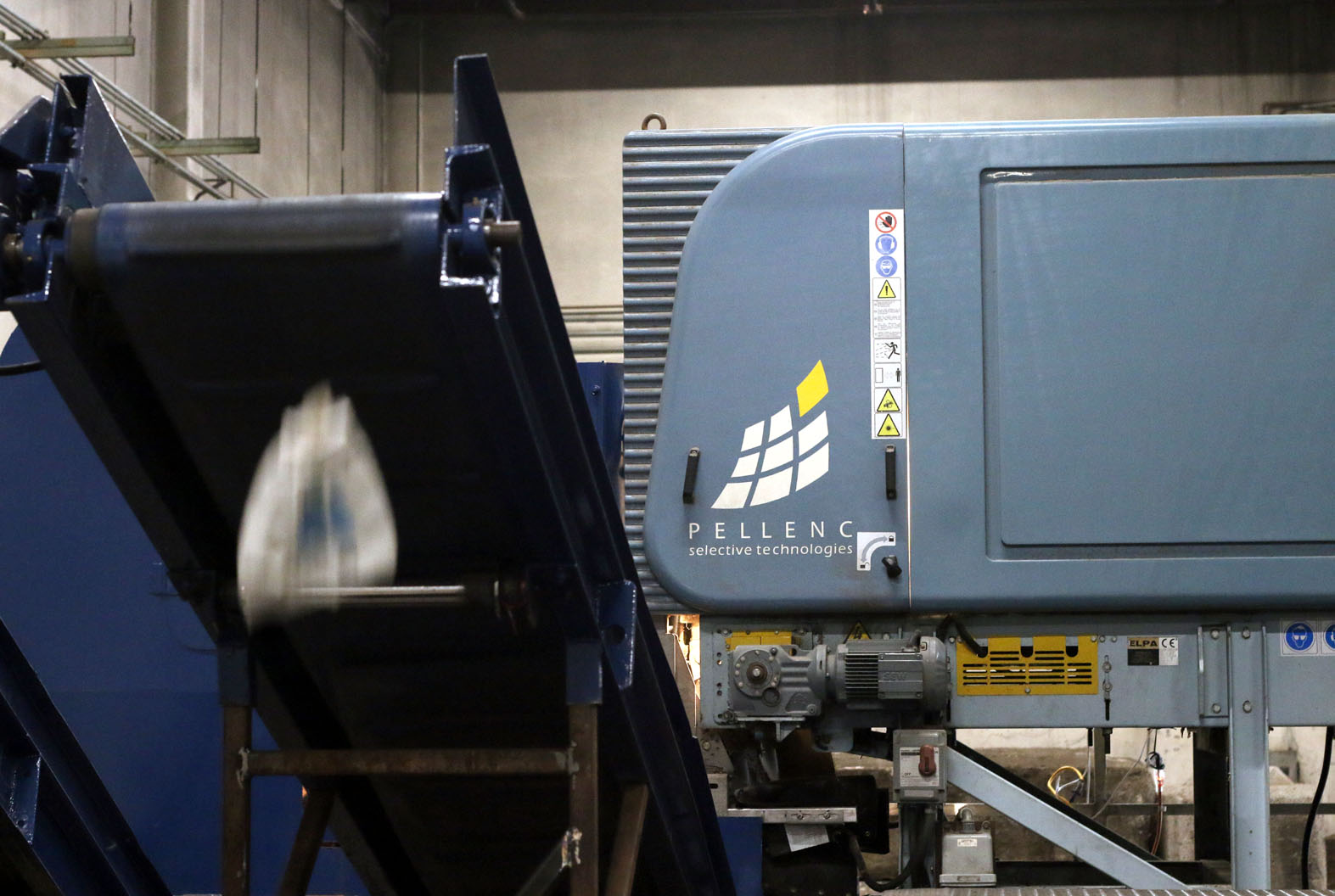 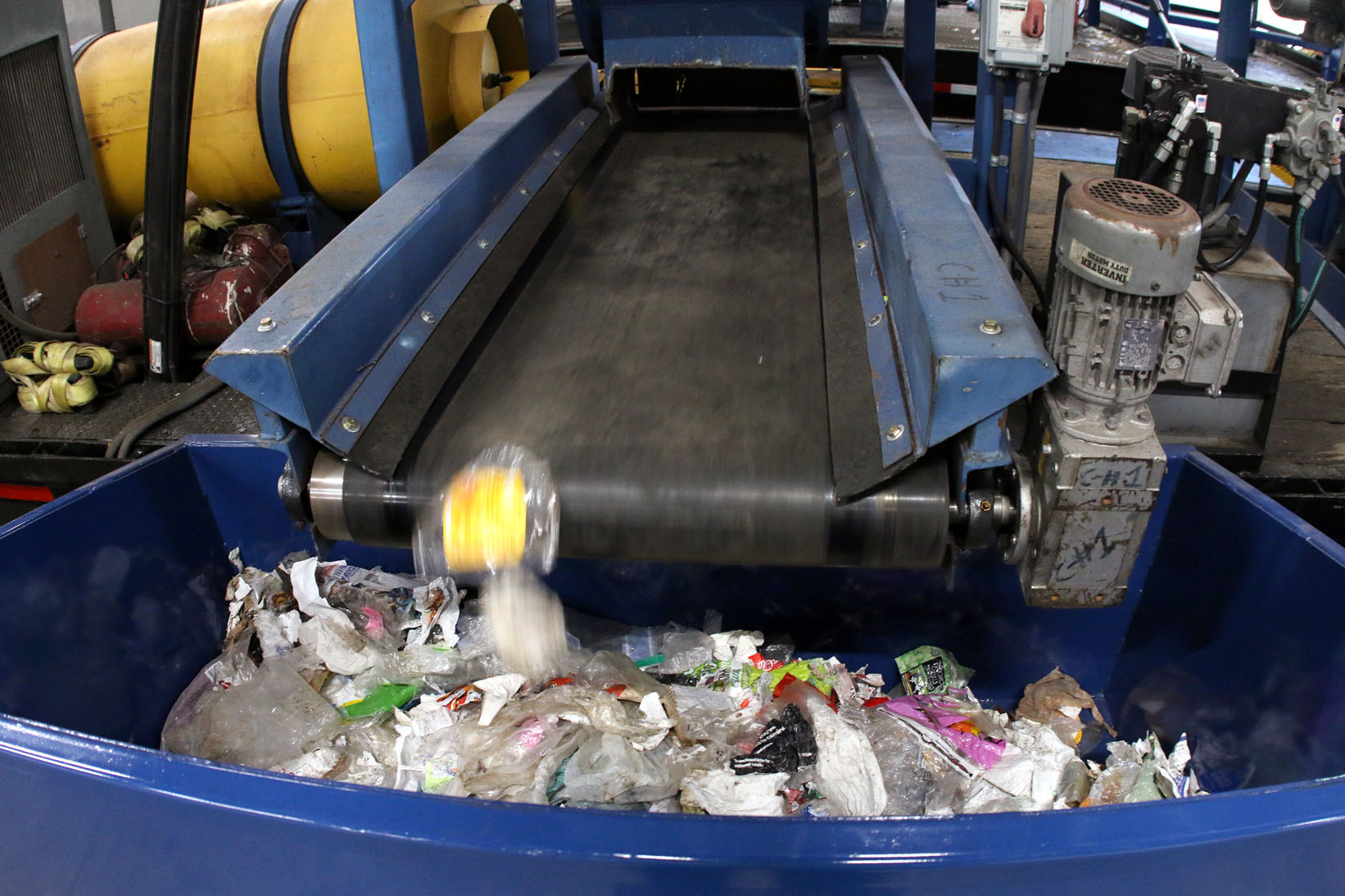 Films are conveyed into a bin. Companies using chemical recycling technologies have expressed interest in conducting trials on the films recovered by the demonstration project. 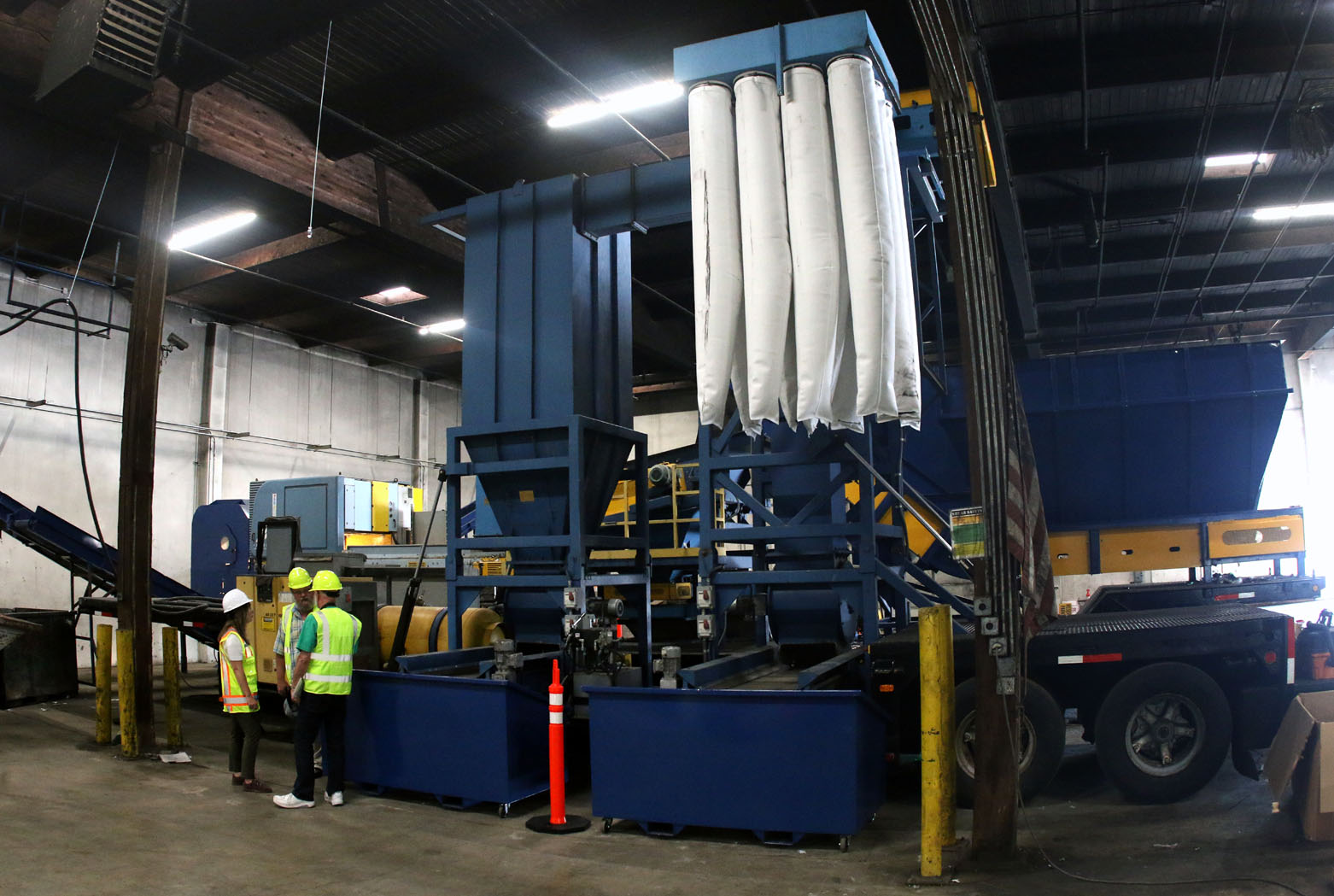 A view of the dust-collection system. 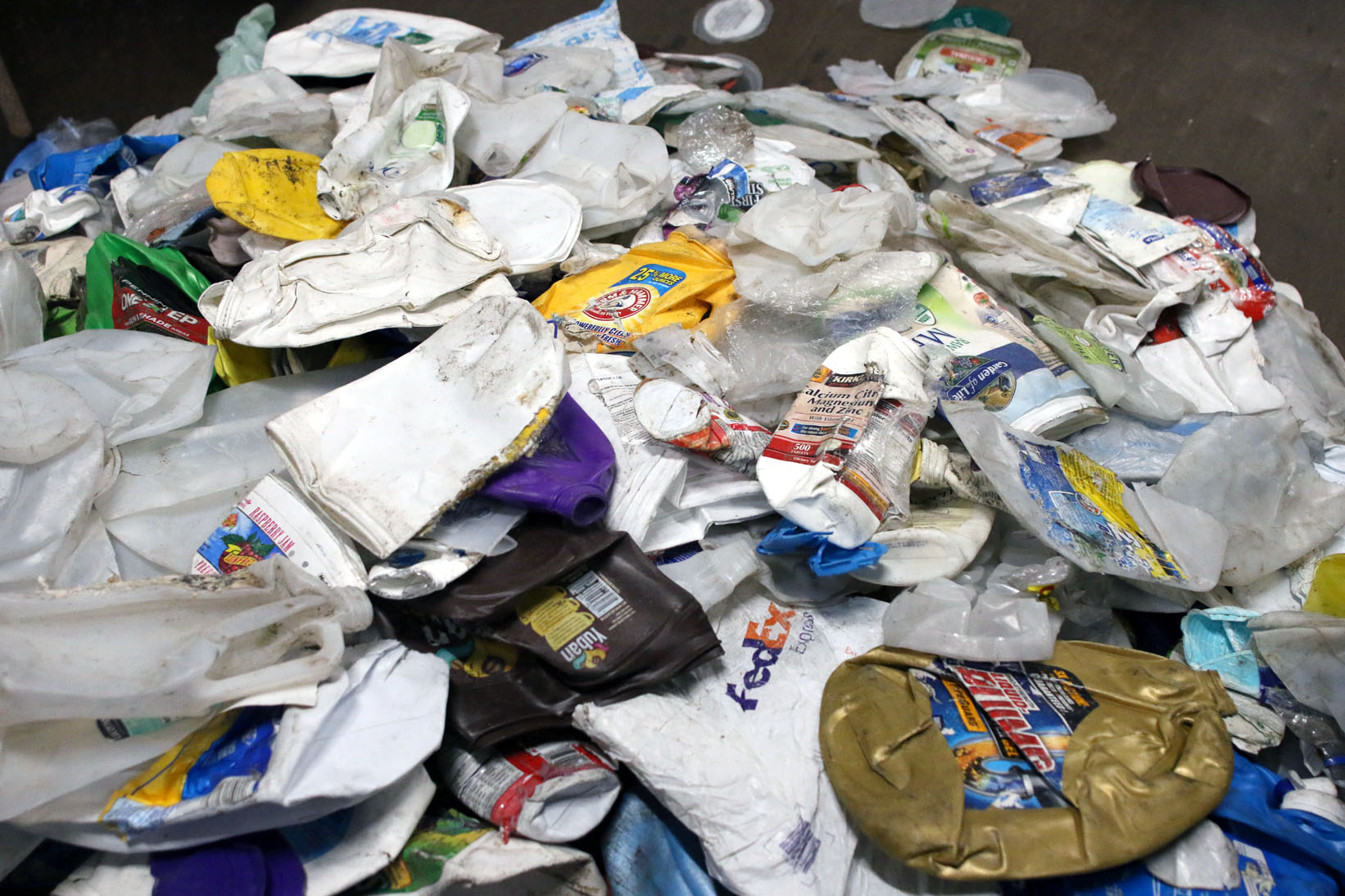 On Aug. 1, during this tour, the optical sorter was targeting polyethylene containers. 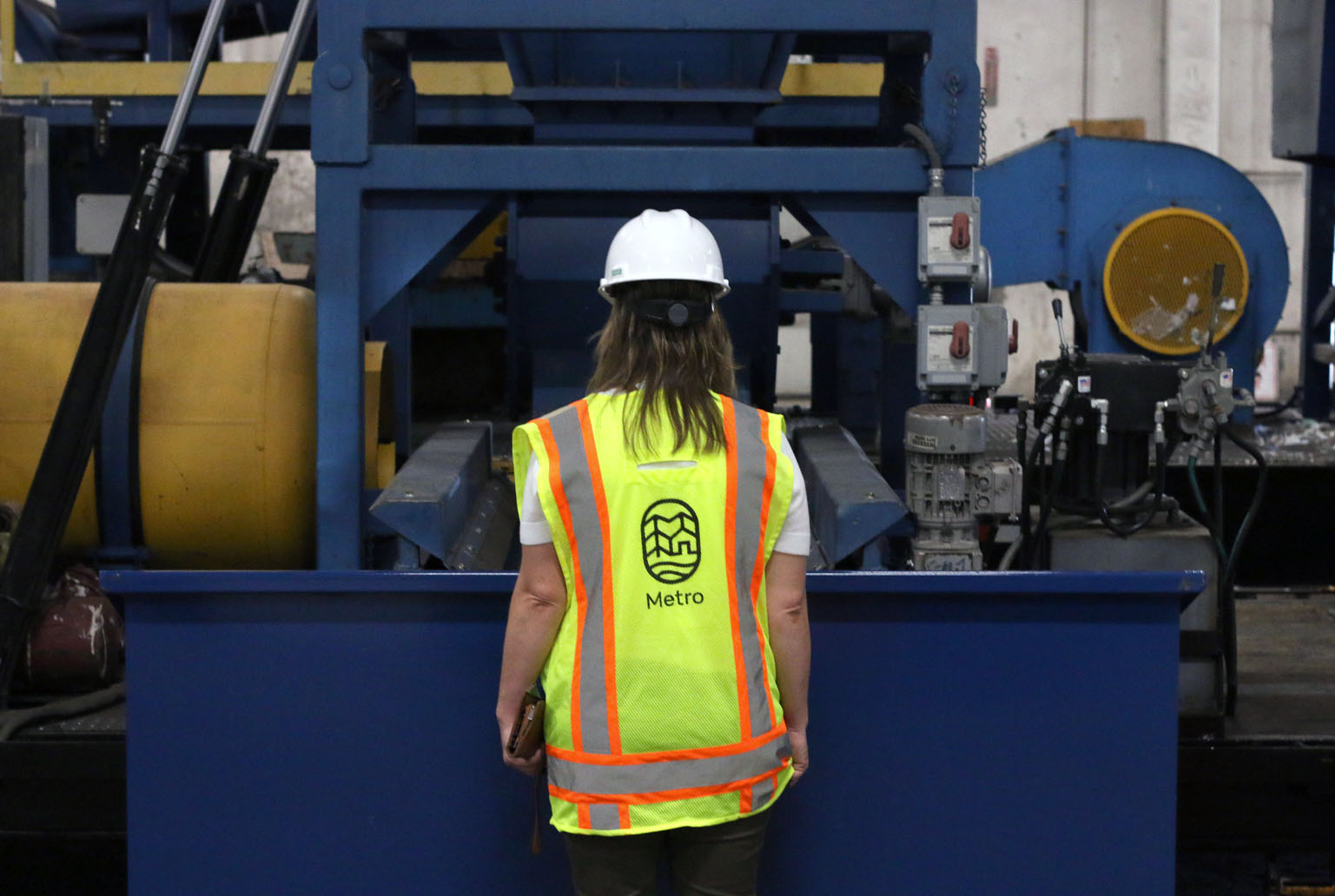 Portland, Ore.-area regional government Metro is the public-sector partner in the project. 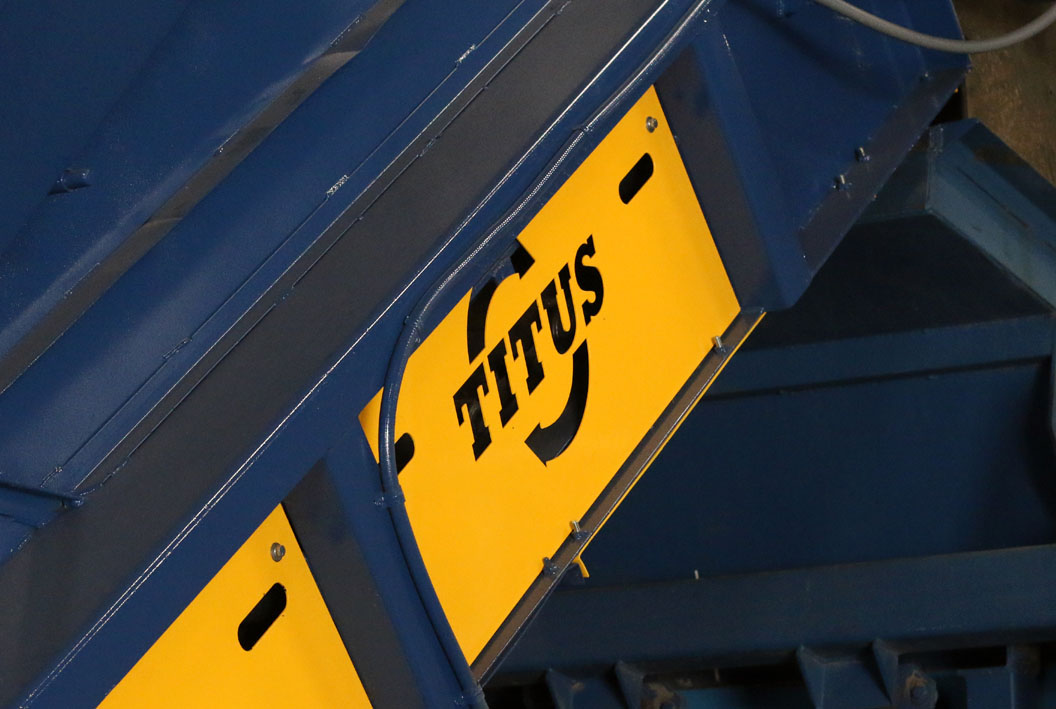 Titus loaned the use of the sorting system for the demonstration project. The equipment was trucked to Portland from Titus' secondary sorting facility in the Los Angeles area.

This project is primarily geared toward developing an in-depth look at the types of recyclables that are for one reason or another not being recovered by MRFs, Holmes explained during an Aug. 1 tour. The resulting information can be used to help stakeholders make more informed decisions about investing in processing infrastructure, end markets and recycling technology.

Over the last year, a variety of entities have shown interest in putting more capital behind materials recovery as recycling and pollution concerns have been amplified in the media. Having better data about what MRFs are sending to landfill and incineration could help investors make wiser choices.

“Every pound of material will be accounted for in the final report,” Holmes said, noting the final analysis will be made public and will just present the numbers, not specific investment recommendations.

The project will run trials through the end of August, and the report is slated for completion in October.

Titus MRF Services operates a commercial-scale secondary sorting facility in Los Angeles, the only facility of its kind in the U.S. Under a secondary sorting model, the idea is that a single facility taking in material from many MRFs throughout a region could operate with benefits of scale. For a single MRF, it might not make sense to invest in equipment to effectively recover material that makes up a very small portion of the stream, but with a larger concentration of that material, the economics could pencil out.

Under the Titus model, MRFs pay a toll fee to the secondary sorting facility – a sum that’s lower than the local landfill tip fee.

Depending on a variety of factors, including material and market conditions, the secondary sorting facility shares commodity sales revenue with the MRF supplying the material. Ideally, the model provides a cheaper way for MRFs to get rid of material they aren’t recovering and generates a greater volume of sorted recyclables.

If the secondary sort idea were to be brought to other markets, the model would likely vary significantly based on region, given differences in what recycling programs accept, the presence or lack of a container deposit, MRF sorting procedures and more.

As for where the material from the Portland pilot project will go after it’s sorted and tabulated, a number of end users have expressed interest. According to Holmes, Exxon Mobil has asked for the PE; Loop Industries is interested in the low-grade PET; Regenyx (a partnership of AmSty and chemical recycling firm Agilyx) will take the PS; Exxon Mobil and chemical recycling company Renewlogy are interested in the recovered film; and Berry Global will take the PP.

The world of plastics recycling is changing and the industry will look very different in the years to come, Holmes said. The secondary sorting project is an example of one model that could emerge. There’s no one solution for the challenges facing the recycling industry, she added, but the idea is that the secondary sorting facility concept could be one of several tools.

The secondary sorting model could tackle several challenges facing the recycling sector. For instance, it could help MRFs adapt to the ever-changing material stream, Holmes said, by enabling recovery of different types of material without requiring investments in each MRF.

A version of this story appeared in Plastics Recycling Update on August 7.