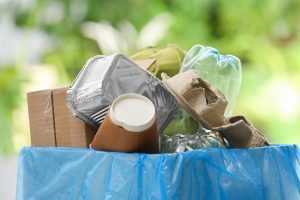 Local recycling programs develop differently, and effectively providing support involves meeting municipalities where they’re at. The Recycling Partnership is employing that mantra to boost the viability of materials recovery in California, Oregon and Washington.

The Recycling Partnership (TRP), an industry group backed by a range of corporate entities, this month announced its West Coast Contamination Initiative, which will be looking to clean up the recycling stream in states bordering the Pacific.

The targeted contamination effort, alongside a similar project in Atlanta, has a slightly different focus than TRP’s ongoing mission to roll out recycling carts to increase residential access and participation.

Programs along the West Coast tend to be relatively mature – some of the most highly regarded programs in the country exist in the region, and California has aggressive targets mandated in state law. However, programs in that part of the country have also in the past been highly reliant on exports to Asia. That’s become an issue as China and others have begun banning imports of certain materials and significantly tightening contamination requirements.

“They have infrastructure in place for collection, but the markets have really affected the West Coast, in some cases more so than other parts of the country,” said Cody Marshall, chief community strategy officer for TRP, in an interview with Resource Recycling.

The problem is not necessarily that West Coast programs see far more contamination than other parts of the country, but that contaminants are particularly damaging because of the regional market struggles.

For example, moderately contaminated paper might be able to find a home in the Southeast, where there are more domestic buyers in the region. But paper with the same amount of contamination in California may be very difficult to move because of the lack of recycled paper mills in the area.

Brand owners understand that quality at the curb is essential for their products to truly get recycled and used in new products, Marshall said. “Our funders for this project really felt the need to support the contamination issues and felt it was a way to support the collection side on the West Coast,” Marshall explained.

Kicking off with research

TRP’s first order of business in launching project will be getting a handle on what the contamination problem looks like in West Coast municipalities.

The project team is interviewing every city of over 50,000 residents to understand their different program dynamics, Marshall said, and it is also surveying MRFs in the region to learn about their biggest contamination concerns.

“We’re trying to find trends on the contamination side,” Marshall said.

That information will shape outreach materials developed through the project. For example, if the project finds that batteries are the biggest concern for MRFs in the area, TRP could gear its resources toward messaging that steers residents away from tossing batteries in the curbside cart. If tanglers are the biggest problem, bags could be targeted.

Educational resources developed through this project will be shared and available for the wider recycling industry to use.

The initiative will also include a grant funding component, allowing programs to apply for financial assistance in their own contamination reduction projects.

Throughout the summer and fall, the TRP team will be connecting with communities, MRFs and haulers up and down the coast. By the end of fall, TRP will hold workshops to bring those stakeholders together and share what the project has learned.

The contamination initiative has no sunset date, and TRP hopes to continue the work with additional fundraising in the coming years.