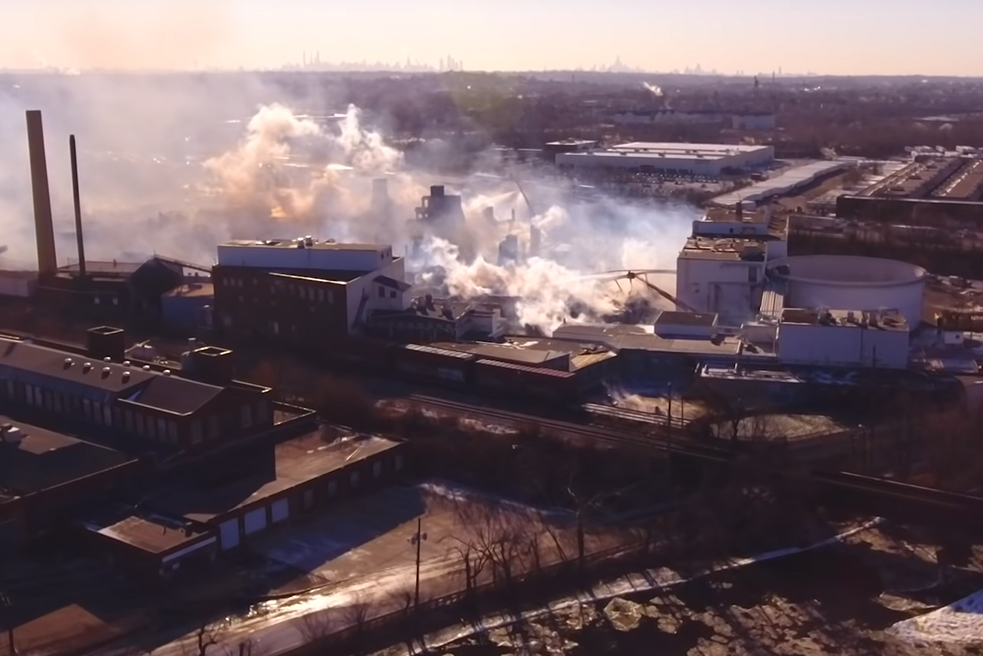 Drone footage captured the scope of damage at the Marcal Paper mill.

A recycled paper mill in New Jersey was lost in a massive fire over the past week, a blow to the local economy and certain recycling operations in the region.

The Marcal Paper mill in Elmwood Park, N.J. was heavily damaged in a fire that began Jan. 30, according to numerous local reports. The mill, which employed about 500 workers, produced bath tissue, paper towels, napkins and facial tissue products, all from 100 percent recycled paper.

As of August 2017, the mill was one of just four using post-consumer recycled paper to make new products in the New Jersey-New York City-Philadelphia region, according to the New Jersey Department of Environmental Protection. A current list from the department no longer includes the Marcal mill.

According to Marcal’s website, the facility included deinking equipment; production and converting capabilities for towel, tissue, napkin and facial products; and storage facilities for paper rolls and finished goods. Recovered fiber research firm RISI reported the mill has a capacity of 140,000 tons of tissue per year. The mill also sold material to paper converting operations.

Local news articles reported over 90 percent of the mill was destroyed in the fire, which was still smoldering Feb. 4. The Marcal mill was acquired in 2012 by investment firm Atlas Holdings and operates as Soundview Paper Company, and the owner have not said whether it will rebuild the plant. In a statement on its website, the company thanked first responders and the local community for its support, and it also provided brief details on the fire damage.

“Given the ongoing response work, we have not yet been able to access the site to truly understand the full magnitude of destruction – or what our future path forward might be for our company,” Marcal officials wrote.

Marcal’s fiber products for commercial use are still being produced by the company’s Vermont facility.

The Elmwood Park mill, which first started up in 1932, has long been a key player in the Northeast recovered paper market. A U.S. EPA write-up from 1995 described the mill as “one of the few domestic paper manufacturers capable of using low-grade, mixed waste paper.”