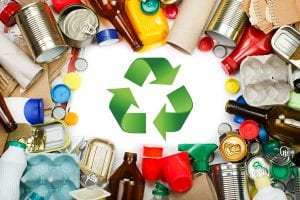 America Recycles Day is this Thursday, and organizations around the country are planning events and announcements to celebrate.

Last year’s event drew the participation of an estimated 1.9 million people, and it led to the collection of roughly 56 million pounds of recyclables. A program of nationwide nonprofit Keep America Beautiful, America Recycles Day is held every Nov. 15.

The following is a roundup of several of the many announcements connected to the day:

Celebration toolkit: The Institute of Scrap Recycling Industries (ISRI) released a toolkit members can use to celebrate by putting on an event or conducting social media outreach. Suggestions include hosting a recycling drive, holding an event at facilities for customers, participating in a clean-up, presenting ISRI recycling education curriculum at local school, writing a letter to the editor of the local newspaper and more.

Glass and beer: An event in Knoxville, Tenn. will allow residents to drop off their glass for recycling. Glass isn’t accepted in the city’s curbside carts but can be dropped off at collection depots. Keep Knoxville Beautiful will hold an event in which residents can drop their glass off at a local beer market. Sierra Nevada Brewing, a local beer distributor, will provide a free beer for each person who drops off glass and buys a pint from the market, according to NBC affiliate WBIR.

Bag recycling focus: The U.S. Army Reserve is urging the public to recycle their plastic bags – just not via curbside containers. A press release from the Office of the Chief of Army Reserve notes the problems bags cause at MRFs and urges the public the take material back to retail collection locations.

Electronics recycling events: Global e-retailer Amazon will celebrate with scrap electronics collection events in five U.S. cities: Dallas; Denver; Seattle; San Jose, Calif.; and Washington, D.C. The events will accept TVs, monitors, cell phones, fax machines, printers and other electronics free of charge. The material will be recycled by ERI, which will have recycling experts on-site to talk about the importance of recycling electronics.

Educational outreach: A handful of schools across Maine will receive financial assistance in raising awareness about recycling, thanks to grants administered by nonprofit recycling operator Ecomaine in honor of America Recycles Week. The organization has awarded a total of $20,750 to 13 educational institutions, each of which has proposed a program to increase outreach and diversion at school. The projects include adding recycling receptacles at a college, recycling-themed field trips at elementary schools, and introducing composting programs at a preschool and a Boys & Girls Club.

Film recycling challenge: Trex, which recycles PE into composite lumber products, will kick off its annual Trex Plastics Film Recycling Challenge on America Recycles Day. The program encourages K-12 students to compete to see who can collect the most PE for recycling, and the winning schools receive a bench or bird feeders made from Trex products. Last year, 607 school participated, collecting more than 273,123 pounds of PE film.

Recycling right tips: Associated Recyclers of Wisconsin (AROW) is celebrating both America Recycles Day and AROW’s Recycle More Wisconsin campaign, which started Nov. 1. As part of its campaign, the state recycling association is asking Wisconsinites to commit to five recycling guidelines: rinse recyclables, do not put single-use cups in curbside receptacles, take films to retail collections, leave bottle caps on containers and check what’s accepted in a program before putting it in the bin.

Reuse for the needy: Events on opposite sides of the country will celebrate the occasion by collecting used items to benefit people – and pets – in need. In Ventura, Calif., the county will collect used prescription eyeglasses and shoes for distribution to low-income people, according to the Ventura County Star newspaper. Meanwhile, in Georgia, the City of Roswell and Keep Roswell Beautiful will accept gently used towels and blankets to benefit the Atlanta Humane Society.