RRS reviewed data from foam polystyrene plastic recycling programs in several communities that had received grants to target the material.

The numbers show a pattern of a sizable initial rise in foam collected per capita during the first year of the program, followed by more modest growth in subsequent years. 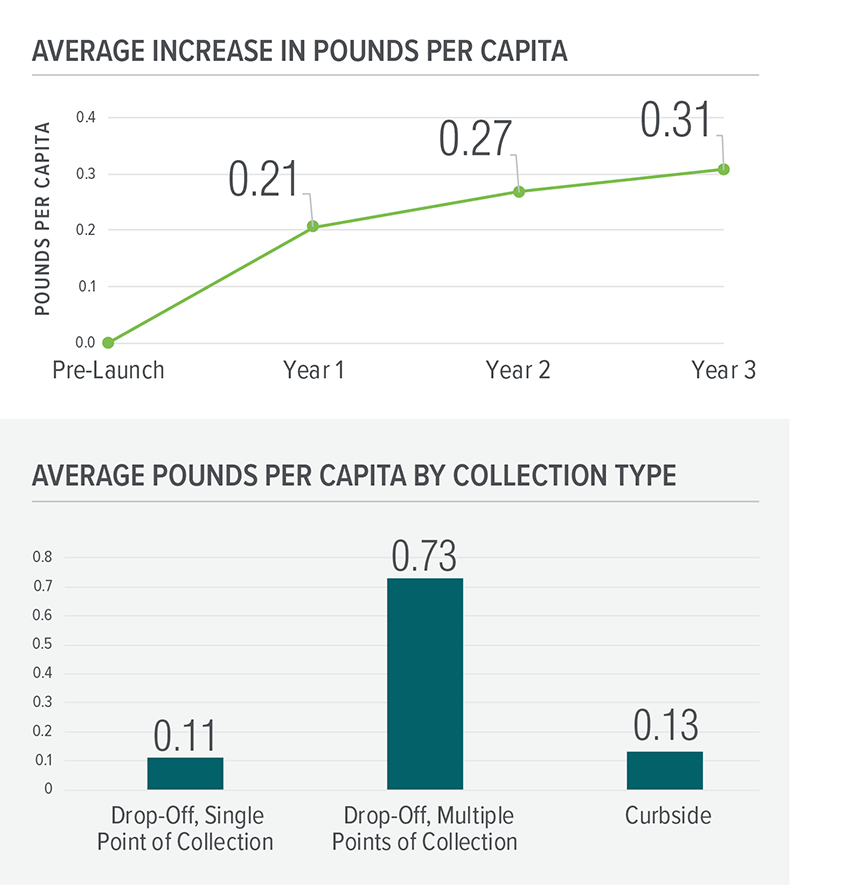