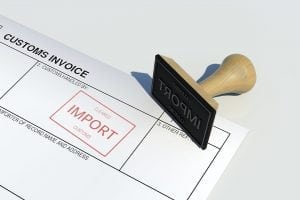 The U.S. will enact tariffs on $50 billion worth of Chinese products beginning July 6. Vowing retaliation, China released its own list of U.S. products to target in July.

The revised U.S. tariff proposal contains 818 products to be hit with 25 percent tariffs, down from more than 1,300 that were proposed in April. The changes came after a variety of stakeholders submitted comments to the U.S. Trade Representative’s office in recent weeks.

The Institute of Scrap Recycling Industries (ISRI) noted in a release that several products related to recycling machinery that were on the proposed list have been removed in the final document.

“As China and the United States continue to spar back and forth with new tariffs being imposed on key imports on goods from each country, the recycling industry has largely been spared,” ISRI stated.

Still, a host of machinery components will be subject to tariffs. For example, machinery for grinding, sanding, polishing, extruding, injection-molding, blow-molding and a variety of other processing activities will be subject to new duties. In addition, virgin resins including PE, PP, PS and PVC will be covered. And magnets, which are commonly used in sortation equipment, were also included in the final tariff list.

Paper manufacturing equipment will also be hit. For instance, the tariffs will cover machinery “for making paper pulp, paper or paperboard,” and a number of components that are included in such equipment.

In comments submitted to the U.S. Trade Representative in May, ISRI noted that recycling companies typically experience high equipment turnover, and that “the vast majority of these parts – up to 85 percent for crushing and grinding parts, for example – are supplied from China.”

The Chinese government on Saturday issued its own list of $50 billion in retaliatory 25 percent tariffs that will take effect the same day as the U.S. tariffs, July 6.

The Chinese tariffs on imports from the U.S. cover a range of materials including chemicals and energy products, as well as medical equipment, soybean and agricultural products, automobiles and more.

The Chinese list includes various types of virgin plastic, according to an online translation.

Some industry observers have noted tariff ripples could affect virgin plastic manufacturing in the U.S. That fact could have a bearing on the value of both prime and recovered resins.

A recent market report found there will “likely be a dramatic increase in the production of virgin resins during the next three years, leading to lower, possibly much lower, prices.” If virgin plastics supply increases and prices fall, recycled resin producers would likely see the value of their products drop as well.

But the tariffs may swing that market phenomenon, with duties potentially slowing development of major projects planned in the U.S. and making existing operations less profitable.

The American Chemistry Council responded to the Trump Administration tariff announcement with concerns.

“We anticipate significant disruptions to supply chain operations, offshoring of production, and termination of production altogether due the sudden, uneven playing field that duties would create in the global marketplace,” the ACC wrote. “As much as half of $194 billion in planned chemical industry investment could be vulnerable to delay or abandonment.”

Market research firm ICIS analyzed possible changes the tariffs from the Chinese could create in the global flow of resin.

“Rising demand for products such as polyethylene (PE) will have to be met, regardless of tariffs,” the firm wrote. Under one scenario ICIS examined, “Chinese customers would replace U.S. imports with PE shipments from other countries. The U.S. will then export its PE to customers that saw their resin shipments diverted to China.”