WM leader says contamination is ‘a slow ship to turn’ 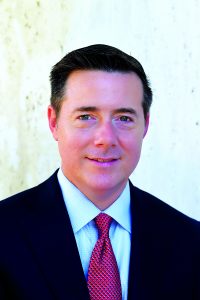 The recycling chief at Waste Management recently reflected on the company’s ongoing efforts to clean up the material stream. The takeaway: It’s a long slog.

“It’s definitely a slow ship to turn,” said Brent Bell, Waste Management’s vice president of recycling operations, in an interview with Resource Recycling. “We’re headed in the right direction. I’m not sure if we’ve necessarily found one item or one piece that necessarily does a great job on our educational efforts other than using our ‘Recycle Often Recycle Right’ platform.”

The publicly traded company’s “Recycle Often” campaign was launched in late 2014 and has aimed to bring coordinated messaging on proper recycling to residents nationwide. In the early months of the effort, David Steiner, the company’s former CEO, was vocal in a variety of media outlets about the problems contamination was causing the company.

The “Recycle Often” effort has distilled recycling education down to three recommendations for residents: recycle all bottles, cans and paper; keep material dry; and don’t include plastic bags in the cart.

In the recent interview, Bell said that in the roughly two-and-a-half years since the campaign launched, “we’ve seen a slight improvement on residue rates.”

According to a Waste Management spokesperson, the company’s average residue rate across its nearly 100 North American recycling facilities is now 16 percent. That means that, by weight, 16 percent of materials brought into facilities from curbside programs is not recoverable.

Waste Management has long been at the center of the industry’s battle with curbside contamination. As the country’s largest hauler and processor of recyclable materials, the firm helped reshape the complexion of U.S. materials recovery over the past decade as it pushed for single-stream collection in many communities.

The strategy helped increase collected volumes and improved on-route efficiency, but it also allowed residents to become less discerning about what they put out for recycling collection.

Heightened levels of non-recyclable material in carts has decreased the value of paper and other items that are accepted and also increased sorting costs. But Bell said worker safety has been an equally important concern for the company.

“Recently we’ve seen propane-type tanks that cause some small explosions and fires within the MRFs,” the executive said.

Glass has also been a major talking point when it comes to maintaining a clean stream in the era of single-stream. Waste Management stoked industry debate last spring when it negotiated a contract with the City of Houston that pulled glass out of the curbside mix.

Bell said that Waste Management remains open to including glass and other materials that may require extra attention to be efficiently recovered. But he added the company is also making its decisions with an eye toward economic sustainability.

“The way I’d address glass is that just as any other material in the stream,” said Bell. “We’re usually transparent with our customers on the processing cost and the local markets that may be there and the overall economic impact of having that material in the stream. We do put that decision back on the customers in regards to whether they want to include or not include those certain commodities. But I think what’s important is that whether it’s glass or any other commodity we really have to make sure there is an outbound market for these materials.”

A feature-length Q&A with Bell and Tom Carpenter, Waste Management’s director of sustainability services, will be published in the July 2017 print edition of Resource Recycling. If you’re not already a subscriber, you can quickly get signed up online.