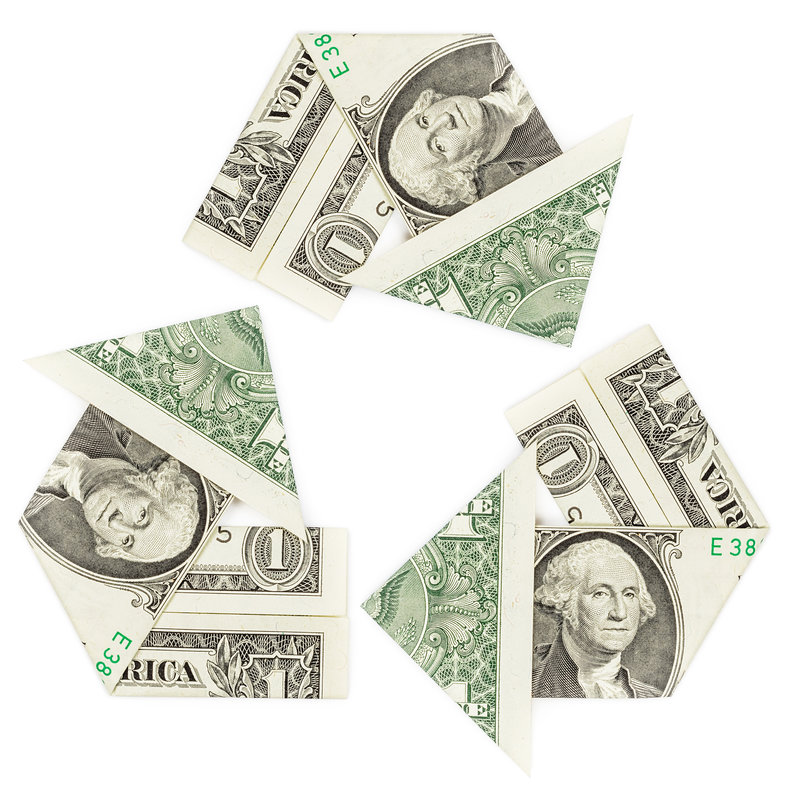 Waste Management and Republic Services each reported slight bumps in commodities sales revenues. Waste Connections, on the other hand, experienced a decrease, attributing the drop to low recovered plastics prices.

“This is the first revenue increase resulting from commodity price increases since the fourth quarter of 2013,” Waste Management reported.

The following is a breakdown of revenues for the three largest publicly traded companies involved in residential recycling in North America. The data was reported in quarterly filings with the U.S. Securities and Exchange Commission (SEC):

During the second quarter, Waste Management (WM) saw a slight bump in commodity sales revenues. Specifically, it said a 2 percent increase in commodities prices generated an additional $3 million in revenue.

But the Houston-headquartered garbage and recycling giant reported that commodities prices during the first half of the year were still down 3 percent, resulting in an $18 million revenue reduction year-over-year.

In its filing, WM noted that in January it acquired Davie, Fla.-based Southern Waste Systems/Sun Recycling’s business in southern Florida for $525 million.

WM said it continues to see revenue declines in its residential business because of its “focus on renegotiating existing contracts and winning new contracts with reasonable returns.”

WM’s total revenue was $3.43 billion for the quarter, up 3.3 percent from the year before.

Republic Services saw an increase in the amount of money made from selling recycled commodities, according to its SEC filing. It made $101.4 million in the second quarter, up more than 9 percent from the second quarter of 2015. Its recycling business brought in 4.3 percent of its operating income during the second quarter.

Republic, which operates 66 recycling centers across the country, also noted a recent increase in commodities values. Specifically, it said recovered OCC averaged $104 per ton during the second quarter, up from $98 a year ago. For ONP, the price averaged $88 per ton, compared with $83 a year prior.

The company reported $2.35 billion in total revenue during the second quarter, up 1.7 percent from the same quarter the year before.

In the second quarter, Waste Connections made $18.1 million from its recycling program. That is up from $12.3 million in the same quarter last year, before the Progressive acquisition.

A decrease in recovered plastics prices put a $600,000 dent in commodities sales revenues during the second quarter, compared with 2015’s second quarter.

“To reduce our exposure to commodity price risk with respect to recycled materials, we have adopted a pricing strategy of charging collection and processing fees for recycling volume collected from third parties,” according to the company’s filing.

Recycling now makes up about 2.2 percent of revenue for Waste Connections, which operates 71 recycling centers in North America.