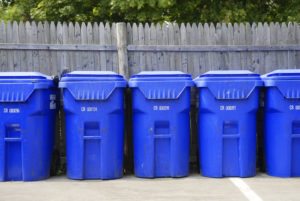 A processing contract in Iowa is expected to boost one county’s recycling tipping fee by 88 percent, and plans for a recycling facility in New Jersey have been shelved over toxic chemical concerns.

Kentucky: State government awarded more than $4.5 million in grant funds to support recycling, households hazardous waste collection and composting. The Kentucky Department of Environmental Protection awarded the 2016-17 funding to local governments around the state, with most of the money going toward recycling.

Linn County, Iowa: A new county contract is expected to increase the tipping fee for recyclable materials at the local MRF from $34.50 per ton to $65 per ton, an 88 percent increase, The Gazette newspaper in Cedar Rapids reports. The draft contract is between the Cedar Rapids/Linn County Solid Waste Agency and Republic Services, which last year purchased the area’s previous recycling company, City Carton.

Portland, Maine: A resident caught collectors on camera throwing recyclable materials in with garbage, according to WMTV.com. A Portland city official said it was an isolated incident and that officials are investigating to see if crews were given specific instructions to mix recycling with trash.

Ringwood, N.J.: Plans to build a $7 million recycling center have been put on hold after the discovery of a dangerous chemical in water at the site. Northjersey.com reports Ringwood has cancelled plans for the development on the Superfund site formerly owned by Ford Motor Co. until federal regulators complete an investigation into the dioxane found there.