The U.S. Census Bureau recently released trade data for the fourth quarter of 2021, allowing Resource Recycling to calculate full-year 2021 numbers and compare them with prior years. The data shows that U.S. companies exported 17.97 million short tons of recovered fiber (including both papers and cardboard) in 2021, up from 15.95 million short tons from the prior year. That represents a year-over-year increase of just under 13%. The upward move marked a reversal of two years of declines, which had been precipitated by China’s National Sword campaign. China imported 548,000 short tons of U.S. scrap fiber in 2021, down from 4.97 million the year before, but upticks in imports of U.S. material from India, Mexico and some other countries more than made up for that decrease in Chinese buying. 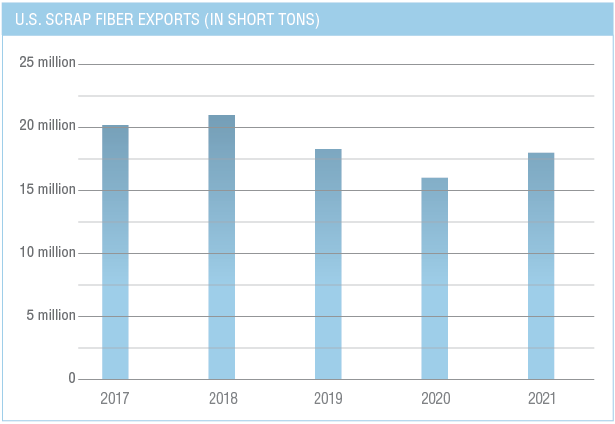 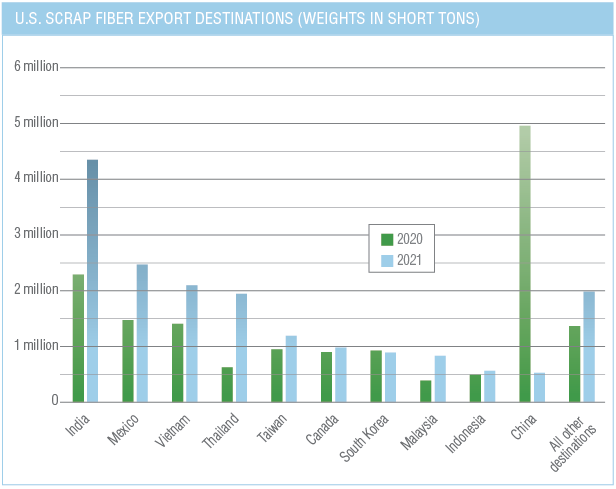