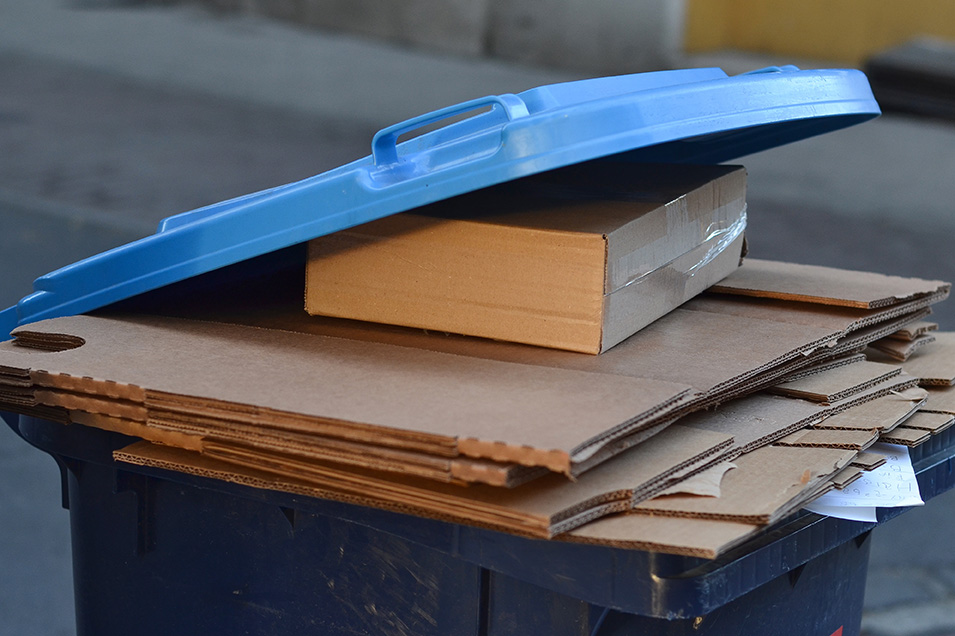 The coronavirus pandemic has sharply diminished OCC collection from established commercial channels and some residential programs. An analyst describes how the virus hit the paper sector, and mill operators offer perspective on how they’re reacting.

The U.S. recovered paper market was relatively unaffected by COVID-19 until mid-March, when coronavirus response measures were rolled out around the country, explained Hannah Zhao, senior economist of global recovered paper for analysis firm RISI, on a recent webinar.

But just two months later, major recycled paper mill operators have seen raw material price hikes – OCC is currently trading for $107 per ton, up from $73 per ton in April, according to RecyclingMarkets.net. Mill executives anticipate the OCC pressure will continue for months.

With a significant portion of commercial generation evaporating, the supply pressure is also leading to shifts in how OCC is moving – one major fiber collector and end user has reduced OCC exports and redirected that material to its own U.S. mills.

Several mill companies discussed the OCC trends in the context of COVID-19 during their recent quarterly earnings reports.

How the virus impacted paper recycling

E-commerce increased, but OCC in the residential stream did not increase enough to make up for commercial declines, Zhao said. Additionally, MRFs and other paper recycling operations reduced their sorting operations to protect employees, further limiting material supply.

Although many retail sectors stopped generating OCC due to the shutdown, grocery store generation spiked due to panic-buying. Still, the increase from grocery stores was far from being sufficient to offset the generation decline in other sectors, Zhao explained.

Compared with the sharp decline in supply, demand has been stable and even elevated in North America. Demand was boosted temporarily by consumers stocking up on products and by producers trying to rebuild the supply chain for some consumer products, Zhao explained.

She predicted recovered fiber demand will weaken, however, as the economy slips and paper packaging demand declines from its current surge. Recovered fiber shortages will also lessen as businesses reopen and recycling program changes are reversed.

The market turmoil described by Zhao has had major implications for large U.S. consumers of recovered fiber.

In earnings calls, several paper companies touched on the changes in OCC generation. There has been a subsequent increase in direct-to-consumer e-commerce, but the OCC recovery rate is lower in the residential space than it is in the commercial realm.

In the company’s April 30 earnings call, International Paper CEO Mark Sutton described the impact from business shutdowns, noting that roughly 30% of OCC generated in the U.S. comes from imported shipping boxes, many of which enter the recycling system through the retail sector.

WestRock described a similar impact. Demand for recycled fiber has been consistent. But starting in March, the company began to see a downturn in OCC generation due to the retail store closures, said Jeff Chalovich, the company’s chief commercial officer, in the company’s May 5 earnings call. The demand shortage has led to a price hike of $50 per ton since December.

“Getting it from the consumer is a lot more difficult than getting it from the foodservice sector or the retail sector,” said Thomas Hassfurther, executive vice president for corrugated products at Packaging Corporation of America, on April 28. “And I think that’s going to be a trend that we’re going to be dealing with for quite some time.”

“We’ve actually pulled back ourselves in terms of export to make sure we’ve got enough material to manage our own network here,” CEO R. Howard Coker said. He added that the company does not anticipate the situation to change soon and that “we expect to see further pressure on price as we head deeper in the quarter.”

Prices for recovered fiber grades are up as much as four times what they were earlier in 2020, said Tim Nicholls, senior vice president and chief financial officer for International Paper.

Most of the company’s paper mills use a blend of virgin and recovered fiber, he said, and under normal circumstances, when supply issues take hold the company has the flexibility to work around them and balance virgin and recycled feedstock. That’s still the case to some extent in the current environment, and Nicholls noted the recovered paper shortages are expected to drive virgin pulp demand in the short term.

But given the overwhelming impact on recovered fiber, coming back from the COVID-19 disruption is largely dependent on how and when the economy reopens.

The company is anticipating $55 million in higher input costs in the coming quarter, driven primarily by the recovered fiber price hike, Nicholls said.

Sonoco, meanwhile, withdrew its earnings guidance for the year due to the pandemic turmoil. A large component of the uncertainty comes in the recycled fiber market.

The company anticipates OCC prices will increase through the second quarter due to COVID-19 supply and demand dynamics, said Julie Albrecht, vice president and chief financial officer. Coker projected OCC would hit $100 per ton by June (the grade has since surpassed $100 nationally, according to RecyclingMarkets.net).

“The unprecedented increases in recycled fiber costs will have a significant negative impact” on second-quarter results, Coker said, but he said the company will recover from these costs in the future. This trend will also benefit Sonoco’s recycling operations, Coker noted.