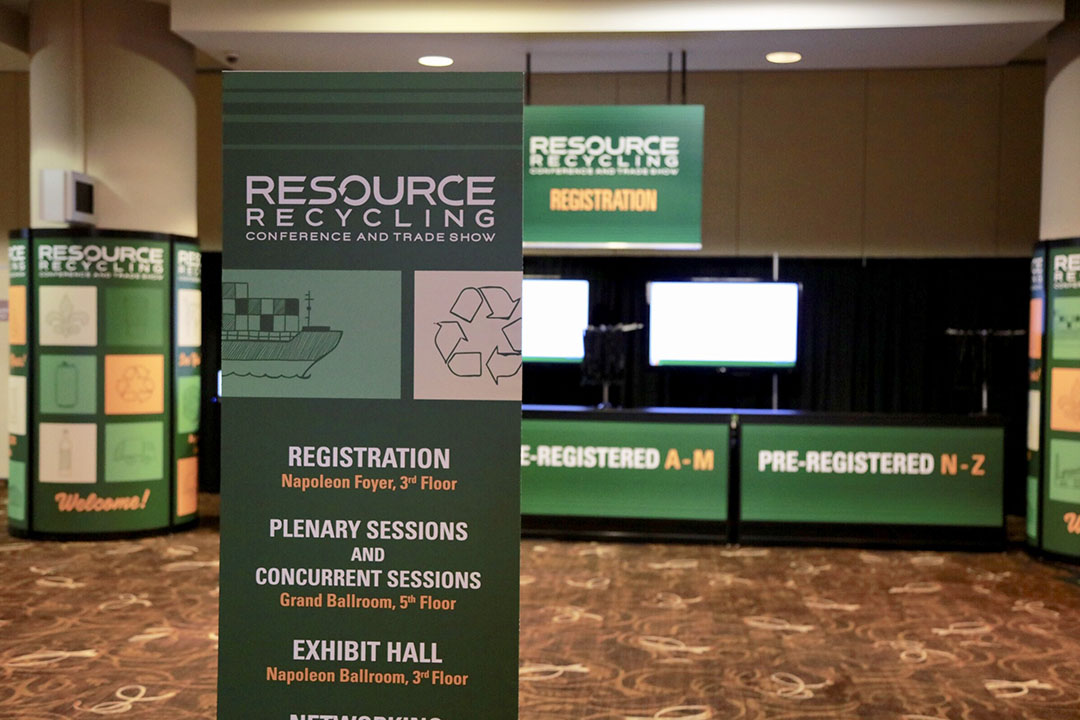 Measurement and markets – two keys to strengthening recycling – were highlighted on the first day of the Resource Recycling Conference in New Orleans.

The 2019 Resource Recycling Conference and Trade Show, the 10th iteration of the annual event, kicked off Monday at the Sheraton New Orleans. The three-day show has drawn around 500 municipal recycling leaders to the Big Easy for knowledge-sharing and networking at a time when the materials recovery sector is encountering unprecedented challenges.

The value of recycled paper and other key commodities has fallen considerably in the wake of China’s decision to restrict imports of many recyclables. As a result, communities and recycling companies have struggled to keep programs and operations economically sustainable.

Many in the industry have pegged future stability on the development of more material end users in North America. And that concept was the focus of a workshop held yesterday afternoon by the National Recycling Coalition (NRC).

The latest in a series of market development gatherings, it featured eight different speakers representing state government, companies that use recycled feedstock, consultancies and more.

A number of these experts noted the most critical step at this junction is bringing together recycling processors, end users of material and government decision-makers.

Matt Flechter, recycling market development specialist for the Michigan Department of Environment, Great Lakes, and Energy (formerly the Department of Environmental Quality), said leadership in his state has recently made more funding available to spur the regional circular economy. To figure out how to best put dollars into action, his agency conducted a survey of recycling processors as well as potential end users to learn where the system might be failing.

Betsy Dorn, principal of consulting company Circular Matters, explained that before China became a prominent buyer of North American material, the U.S. actually had a robust system of recycling market development, fueled in part by the U.S. Environmental Protection Agency, which in the mid-1990s had a budget of around $5 million just to help drive domestic end use of recyclables.

Further, a group called the Buy Recycled Business Alliance, launched in 1993, at one time had as many as 3,000 North American companies in its membership.

With Asia no longer an option for most bales and large brands making recycled-content goals in the face of pollution concerns, the recycling industry is encountering a critical moment of possibility, Dorn said. And stakeholders can look to those efforts of yesteryear for guidance.

“If we’re ever going to achieve a circular economy, we need to retool our entire economy to look to the recycled stream for all the feedstock to make new products,” said Dorn. 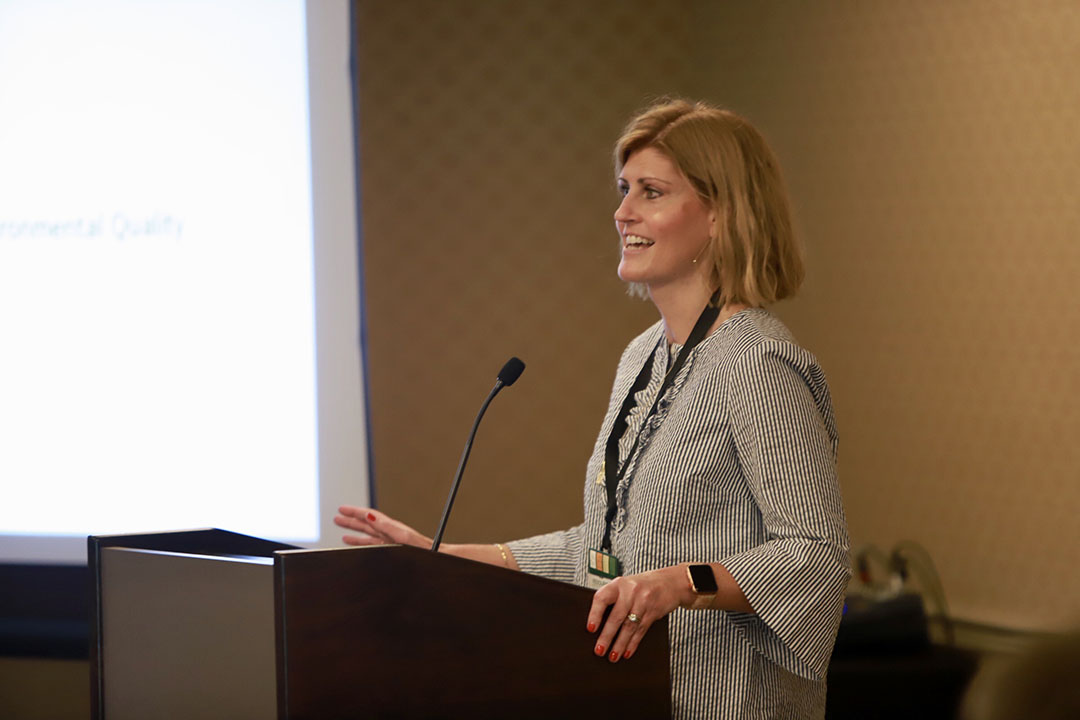 The power of metrics

Meanwhile, another session held yesterday dove into a recently launched program that is helping cities and states tabulate and analyze data around materials recovery. By having better numbers, officials can make informed steps to get cleaner material into the manufacturing pipeline.

The Municipal Measurement Program (MMP) has been in development for a number of years and is a partnership between Canadian company Emerge Knowledge, which operates the Re-TRAC Connect materials management software, and industry group The Recycling Partnership.

MMP is a tool that municipalities can use for free to organize their waste diversion data. States, counties and other government agencies can then pay to have access to that information, allowing them to see trends and make comparisons across a given region. The system is organized in such a way that data is standardized across all the municipalities that participate, and the numbers are verified by The Recycling Partnership.

Officially launched in January of this year, MMP now has over 140 communities in 36 states providing data.

Soon after MPP’s launch, Mississippi became the first state to adopt the service’s Government Data Management Plan. The state was thirsty for reliable information because it had recently enacted a 25% waste reduction goal, said Jennifer Milner, state recycling coordinator for the Mississippi Department of Environmental Quality.

“We really had no way of reaching that or measuring that goal because we had no recycling data,” Milner said. “We didn’t have the time or staff to develop anything in-house on data management.”

Chris Ronson, senior sales and marketing manager at Emerge Knowledge, said the power of MMP would really come into focus down the road as more community data is added to the pool and government leaders are able to benchmark program performance across years.

“It’s all about standardizing and improving over time,” he said. 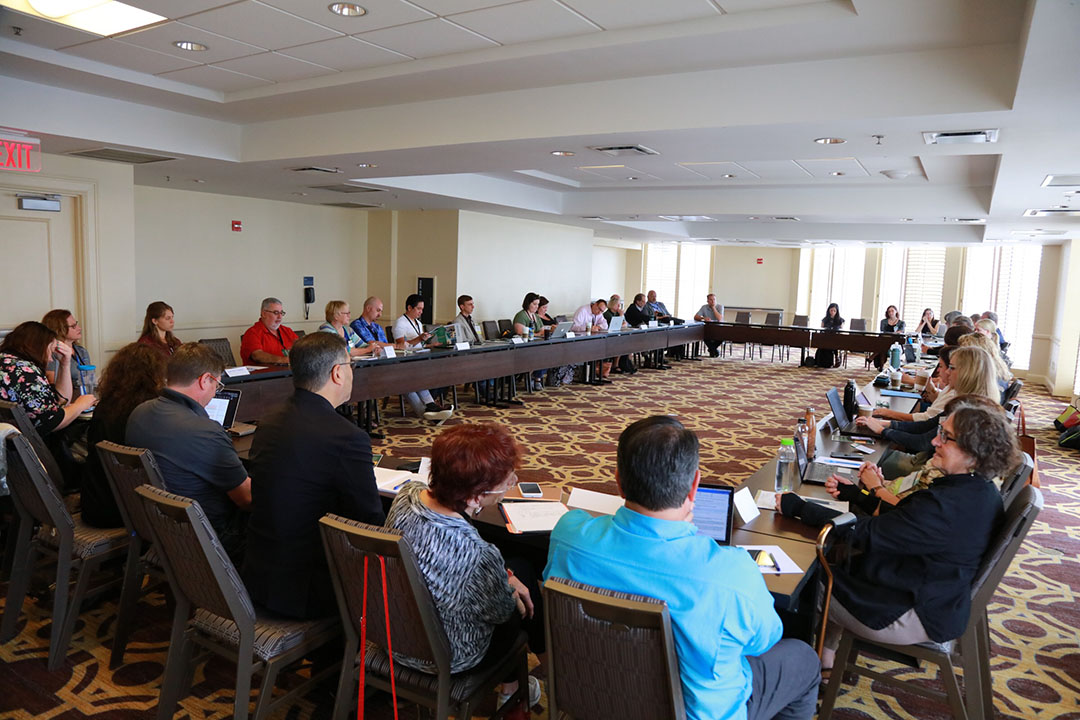 Other Tuesday highlights include a session organized by The Recycling Partnership that will explore the concept of framing recycling as an essential service, like trash and water, that communities provide to residents regardless of market conditions. This afternoon, a number of industry leaders will take part in a panel discussion about what to expect from Asia as a consumer of recyclables in the years ahead.

On Wednesday, conference sessions will touch on the role of municipalities in combating plastic waste, key trends in paper recovery, city-MRF contracting and bold ideas that could push the industry forward.

Next year’s Resource Recycling Conference and Trade Show is scheduled for Aug. 10-12, 2020 in Austin, Texas.