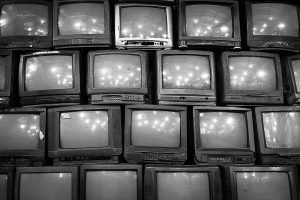 Companies that sent tens of millions of pounds of CRT materials to Closed Loop Refining and Recovery are publicly responding to lawsuits naming them as defendants.

E-Scrap News reported in late March that two complaints from owners of warehouse properties in Columbus, Ohio have identified over 40 e-scrap companies as defendants. The cases are in U.S. District Court for the Southern District of Ohio.

The property owners, Garrison Southfield Park and Olymbec USA, claim the CRT suppliers are legally responsible for helping to pay cleanup costs, citing the federal Comprehensive Environmental Response, Compensation and Liability Act (CERCLA), also known as the Superfund law. In an earlier statement, Garrison Southfield Park said settlement talks with defendants have been underway for quite some time and it expects some agreements to be reached soon.

Closed Loop, which had plans to build furnace technology but went out of business in 2016, was paid by e-scrap companies to take CRT material. Three former Closed Loop sites in Columbus (two owned by Garrison Southfield Park and one owned by Olymbec USA) currently hold an estimated 158 million pounds of abandoned material, and cleanup costs are estimated at over $18 million.

Several of the e-scrap companies identified as the top suppliers of CRT materials to the sites issued statements to E-Scrap News this week.

According to the legal action, the largest Closed Loop supplier in Ohio by far was Illinois-based Kuusakoski Recycling and a processor it owns, Vintage Tech. Garrison Southfield Park’s lawsuit claims that, together, Kuusakoski and Vintage Tech supplied 46 million pounds from 2012 into 2016.

The companies said they stand by their decision-making.

“Additionally, Kuusakoski and Vintage Tech believe that both Olymbec and Garrison, as landlords for the facilities (who received substantial revenue from Closed Loop), must substantially participate in the responsibility of cleaning up the Closed Loop facilities. Accordingly, while Kuusakoski and Vintage Tech will cooperate with any environmental response, they will also vigorously defend themselves in the litigations.”

Victor, N.Y.-based EWASTE+ (identified in court documents as Rochester Computer Recycling & Recovery) was alleged to have shipped 16.4 million pounds to Closed Loop in Ohio from June 2012 through March 2016.

The firm said it is working to help find a solution to the stockpiles.

“Over our 24-year history in the electronics recycling industry, EWASTE+ has collected and handled well over 100 million pounds of CRT devices,” according to the company statement. “During that time frame, we have engaged several different R2, ISO and/or e-Stewards-certified CRT processors – including Closed Loop. We have paid out millions of dollars in CRT processing fees to these firms and we’ve conducted regular downstream due diligence according to the requirements of our own R2 certification.

“Unfortunately, like several other CRT processors in the industry, Closed Loop’s attempt to build a sustainable domestic CRT solution ultimately failed and they went out of business before fully processing all the CRT glass received into their facilities. EWASTE+ is in active communications with the various stakeholders to resolve the issue and to come to a fair and just resolution.”

“We pride ourselves as industry leaders who operate on a consistent basis with the highest of standards,” Dynamic’s statement reads. “As a company, we distinguish ourselves from others by exceeding local, state, and federal environmental, health, and safety regulations and guidelines that our industry expects and requires.

“In this instance, it is only because of certain broad language contained in a statute that has allowed our company to be drawn into this litigation and we now look forward to working towards a successful resolution.”

“ARI has brought in industry veteran and legal counsel Eric Harris for its defense,” according to the statement, “Setting aside that Garrison Southfield Park lacks the legal authority to apportion this case, recyclers are incredulous that they alone are accused and forced to pay, with no mention of culpable OEMs or complicit states. A cross claim seems inevitable.”