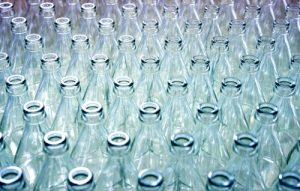 The California Department of Resources Recycling and Recovery (CalRecycle) reported that, in 2018, bottle makers used 432,000 tons of post-consumer cullet, down 8% year over year, and fiberglass manufacturers used 205,000 tons, down 12%. Bottles and fiberglass are two major end markets for recovered glass.

Resource Recycling examined previous years’ reports and found the recycled content percentage in bottles and fiberglass has decreased consistently since at least 2015. As far as total tons of cullet consumed, bottle manufacturers have consistently used less. The tonnages used by fiberglass makers have fluctuated but have trended upward slightly. 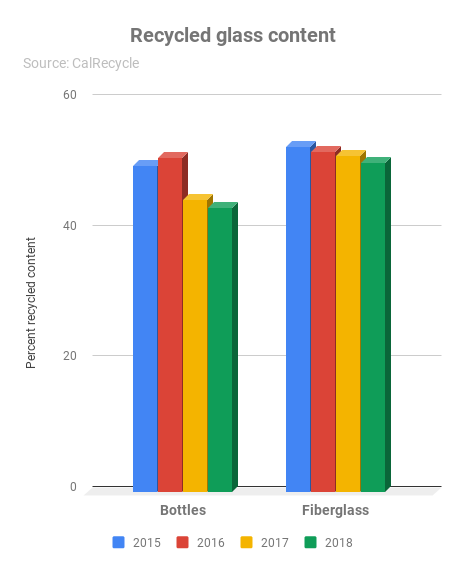 Laura Hennemann, vice president of marketing and communications at Strategic Materials, said  CalRecycle’s numbers are on par with what Strategic has seen. Strategic Materials operates glass cleanup plants where contamination is removed and glass is sorted by color for sale to manufacturers. It has facilities across North America, including half a dozen in California.

Regarding bottles, she noted domestic manufacturers are competing with imported beer bottles from Mexico and wine bottles from China. To make their products more desirable, domestic manufacturers are rolling out new bottle designs, including new colors, which generates more in-house cullet. Hennemann suggested they’re using more of that in-house cullet and less of Strategic’s cullet.

Despite the decreased sales to bottle and fiberglass markets in California, Strategic isn’t landfilling any product, Hennemann said. The glass in California is high quality, so the company uses a number of strategies to make sure it eventually goes to high-value markets.

Hennemann also contrasted the quality differences between glass returned via the California Redemption Value (CRV) system, which is 98% usable, and via curbside collection, where the glass includes 30 to 40% contamination. 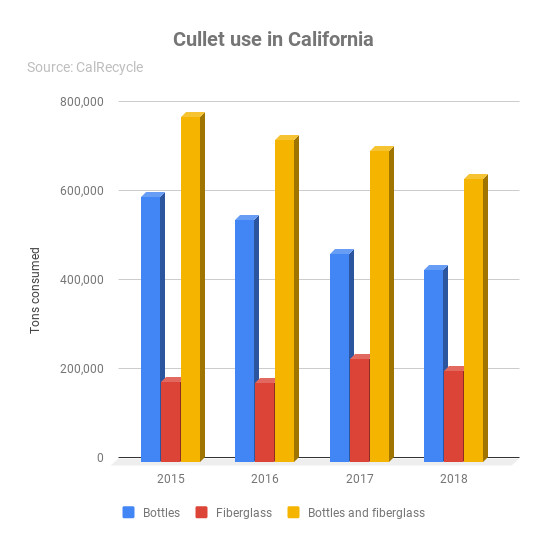 CalRecycle’s data shows a consistent shift in glass collection channels over the past four years. The amount and percentage coming back through the CRV system has decreased. In 2018, 63% came from the deposit program, down from 69% in 2015.

Redemption centers in California are under financial stress, and many have closed.

Susan Collins, executive director of the Container Recycling Institute (CRI), which supports bottle bills, noted there’s less glass being collected overall in California. She pointed to a couple of reasons: A huge number of redemption centers have closed in the last few years, and, starting in 2013, consumers could no longer redeem a mix of deposit and non-deposit glass.

She also noted that fiberglass manufacturers are actually using slightly more cullet, but, because of the construction boom, they’ve been making considerably more insulation. As a result, the average recycled content is decreasing.

“The cullet will all be sold. There’s never enough supply,” Collins said. “Right now, in a building boom, more will go to insulation. This is cyclical.”