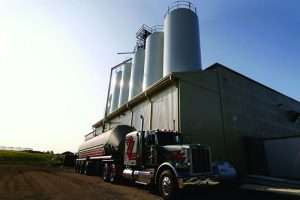 The EFS-Plastics facility in Listowel, Ontario.

Many municipal programs and facilities have recently tried to cut back on mixed plastics, citing tight markets. But reclaimer EFS-Plastics has plans to open a third North American operation and is on the hunt for more mixed bales to fuel its growth.

“There definitely seems to be a bit of a disconnect between our demand for 3-7s and the MRFs,”  said Eadaoin Quinn, the company’s director of business development and procurement. “It seems as though somehow we’re not in direct dialogue. … We try to show them that we are looking for it, we see value in it, we want to pay for it.”

EFS is focused on materials that have traditionally been exported to overseas markets. Since China banned imports of post-consumer plastic at the beginning of 2018, and alternate markets in Southeast Asia similarly clamped down on plastic imports in the months that followed, exporting has become a far less viable option for moving those resins.

“There is a lot of material looking for homes in that sector,” said Quinn. “The lower-value plastics, we see a lot of opportunity to expand in that space.”

And expanding is just what the company has been doing. The film-focused site in Pennsylvania was opened last spring, and the company also completed a capacity expansion at its mixed rigids facility. 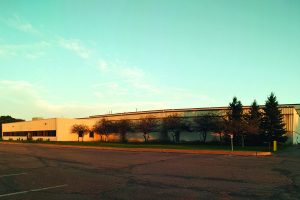 Meanwhile, at the film facility in Pennsylvania, EFS brings in post-consumer film from MRFs and store take-back programs across North America. The company produces a transparent and a gray film.

Although large volumes of mixed plastics are no longer moving to market, EFS is having to search to meet its demand for mixed plastic feedstock. The company recently put out a call for the material in a Northeast Recycling Council newsletter, and Quinn said she is calling MRFs to source more bales. She noted that exporting mixed plastics was the industry norm before China’s restrictions, and some suppliers simply haven’t been aware of domestic options.

Although EFS is looking for more mixed plastics, the company is currently not seeking additional film supply. 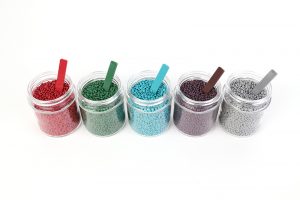 But a bigger issue is a lack of demand. Quinn noted that on the mixed rigids side, the company is sold out and sees more demand than it can fill. But on film, the film-to-film end user base has remained small.

“We actually have more capacity to process film; what we need right now is for more bag producers [and] film manufacturers to start using more PCR in their products,” Quinn said. “And by ‘more,’ in a lot of situations, I mean use some.”

In one area, however, the recycled film end market is growing: California’s 2016 single-use plastic bag ban included a 20 percent recycled content mandate for reusable plastic bags that are distributed at stores. In 2020, that percentage requirement goes up to 40 percent.

Quinn said part of the barrier to natural market growth for film recycling nationwide is that most plastic bags require relatively little material and are therefore cheap to produce with virgin materials. There’s little incentive for companies to introduce post-consumer content.

“Again, it’s really a shame when we know we could handle more,” she said. “There’s material going to landfill that we wish we could do, but we just don’t have the demand there.”