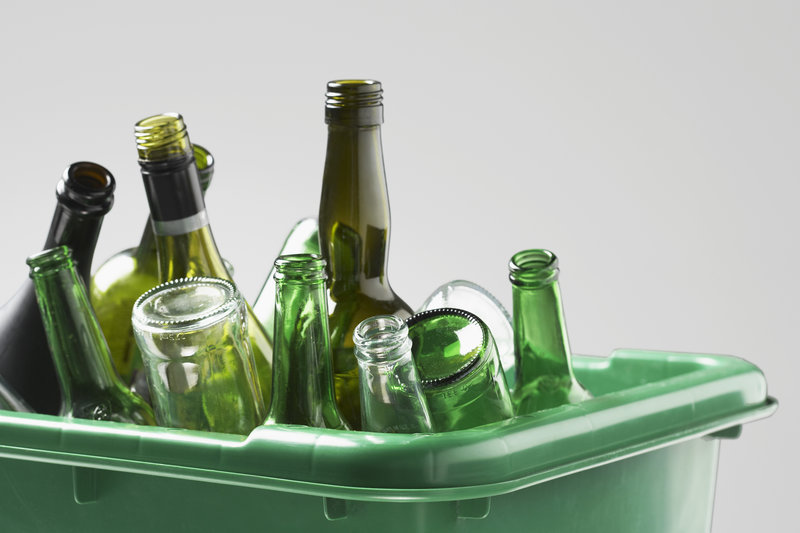 Glass recycling in Georgia has taken a beating in the public eye as of late, with some programs pushing to remove bottles and jars from curbside carts and media reports questioning glass recycling’s value.

Since the beginning of the year, mainstream media outlets in the region have offered up headlines such as “Your recycling may not end up where you think” and “Glass recycling not profitable.”

It was that kind of attention that spurred industry stakeholders to gather in Macon, Ga. recently to hold a first-of-its-kind Georgia Glass Recycling Summit. About 85 people representing municipalities, haulers, MRF operators, secondary glass processors and bottle and fiberglass manufacturers attended.

“We realized that it was imperative that we begin correcting the rapid misinformation of ‘no markets’ that was circulating,” said Gloria Hardegree, executive director of the Georgia Recycling Coalition (GRC). “That became a priority for us.”

The one-day event was convened by GRC, the Glass Packaging Institute (GPI) and the Glass Recycling Coalition, which recently formed and is made up of various recycling industry groups and companies and bottle manufacturers.

“We are looking at Georgia, especially from the Glass Recycling Coalition perspective, as our first foray into trying to make the glass recycling system in a state work better,” said Lynn Bragg, executive director of GPI.

Bragg and Hardegree have seen a disconnect between the media headlines challenging the value of recovered glass and the multitude of factories in Georgia relying on glass as feedstock. For example, Georgia has two glass container manufacturing plants, two secondary glass processing facilities and at least three fiberglass manufacturing facilities.

“We are very lucky to have the markets we have here,” Hardegree said.

Hardegree said GRC doesn’t have data on the number of communities that have lost glass recycling collection, noting the vast number of counties and cities in the state. Georgia has 159 counties and 535 incorporated cities and towns.

But media reports show a number of communities have removed – or have considered removing – glass from their programs, citing contamination and low values. The cities of Marietta, Canton and Peachtree City lost curbside glass recycling collections earlier this year, among others. Meanwhile, Republic Services’ office serving Athens and Clarke counties sent a letter to curbside-collections customers informing them that glass is no longer recyclable; however, the company’s franchise agreement required it to collect glass for recycling, so it later sent out correction letters.

Earlier this year, it appeared the City of Decatur might lose glass collections because a Pratt Industries materials recovery facility (MRF) planned to stop accepting it. But city leaders increased the annual sanitation fee residents pay by 10 percent to launch separate curbside collections of glass. The glass is now transported to secondary glass processor Strategic Materials, according to the Atlanta Journal-Constitution.

“It was a very creative, thoughtful approach to giving citizens an option to continue having it at the curb,” Hardegree said.

Decatur officials presented at the July 28 Georgia Glass Recycling Summit. The summit’s overall aim was to ensure all stakeholders understood that recovered glass has value, so they could educate community leaders and citizens, Hardegree said.

At the summit, DeKalb, an Atlanta-area county, announced it was installing additional glass drop-off locations.

“We’re already starting to see some of the positive reactions to this summit, which is very encouraging to me,” Hardegree said.

Participants agreed to several next steps. One of those was having glass recycling stakeholders, especially final users of cullet, contact elected leaders and other decision-makers. They also agreed to hold a workshop exploring regional business plans and creative financing strategies so MRFs can acquire glass-separation equipment to generate cleaner streams.

Hardegree said she was delighted to see the participation of users of cullet at the summit.

“There was no question when we left the forum that there are markets for recycling in our state,” she said.