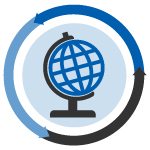 Residents in one area of Australia voice concerns over a plastics-to-fuel plant, and India’s informal plastics recycling industry is being threatened.

Australia: A proposed plastics-to-fuel plant is receiving opposition from neighbors, reports the Canberra Times. A public-comment period has been extended because of the controversy.

U.K.: A study shows that support for a fee on plastic bottles to reduce litter has increased since the success of a similar plastic bag fee, reports The Times, which is based in London. Officials in England and Scotland are considering a bottle deposit scheme.

India: Construction of office buildings and high-rise apartments in the country’s largest slum is threatening the City of Mumbai’s thriving informal recycling industry, notes the New York Times. Many businesses, including a plastics recycling operation, operate inside tenements. Those homes would be eliminated under development plans.

Europe: Members of the plastics recycling industry in Europe have created a wishlist of items they want from lawmakers so they can achieve a true circular economy. According to Industry Today, the desired policies include reward-based incentives and minimum requirements for post-consumer resin content.

U.K.: Waste management company Veolia says plastic bags it collects are now being recycled into new garbage bags, according to letsrecycle.com. Bags collected at a Veolia materials recovery in London are being sent to plastics recycling company CeDo in the Netherlands for recycling.