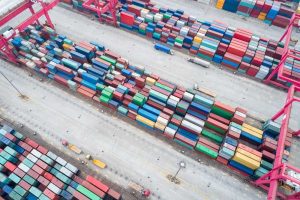 Four e-scrap companies have issued statements after being tagged by the Basel Action Network for allegedly exporting scrap printers and LCD monitors.

The report is part of BAN’s “e-Trash Transparency Project,” which plants tracking devices in scrap electronics, drops them off for recycling and reports on where they’re sent. BAN founded the electronics recycling standard e-Stewards, which also uses trackers as part of its performance verification.

In its latest tracking effort, BAN dropped off low-value material at sites in Florida, Texas and Georgia.

E-Scrap News reached out via email to all of the named companies in the latest report. Allied Ecovery’s website has gone down since BAN’s report was issued. The following are the responses that were received:

The BAN report says a scrap LCD monitor was dropped off in July 2017 at ATR’s San Antonio location. In November, it was shipped to Pakistan, according to BAN.

Brodie Ehresman, ATR’s national business development manager for the U.S. and Canada, posted an in-depth response on ATR’s website. He disputed that the company exported the LCD, saying it was evaluated and sent to a Chicago refurbishing and repair company. He questioned the accuracy of the tracking devices.

“ATR is committed to transparent, responsible, and certified recycling,” he said. “We hope our clients, residential partners, and suppliers will not judge us on the inaccurate accusations posted on the self serving report labeled ‘Scam Recycling’ but judge us on the work we perform actually recycling thousands of pieces of electronics weekly.”

BAN’s report stated ARC Broward IT Asset Recovery received a scrap printer at its Fort Lauderdale, Fla. location and sent it to Miami Springs, Fla. in August 2017. In August/September, it was shipped to Chino, Calif., and in October it was sent to Hong Kong.

“Arc Broward is a nonprofit organization that operates IT Asset Management Services as a social enterprise contributing to its job training programs for people with disabilities. As an R2-certified entity, we are committed to responsibly managing our downstream product, and are disappointed to learn that BAN has reported that a vendor in our downstream chain has not complied with applicable laws, rules and guidelines. We plan to take immediate corrective actions and continue to be ever-vigilant in our management of end-of-life electronics within the bounds of ethical, legal and best practice standards.”

The recent BAN report was the second time Houston-based CompuCycle had been named in a BAN scrap tracker report. A September 2017 report said CompuCycle received a scrap printer in July 2017 and it was later shipped to Dallas; Long Beach, Calif.; and Hong Kong. In its recent update, BAN said the printer was later sent from Hong Kong to Pakistan.

Clive Hess, executive vice president of CompuCycle, provided an in-depth response to the report. He disputed that his company exported the device. CompuCycle has stopped shipping printers to a downstream processor in Fort Worth until a thorough investigation has been completed, he said. Additionally, Hess said audits subsequent to BAN’s September 2017 report confirmed CompuCycle is complying with R2 requirements.

“CompuCycle rejects the BAN press release and has fully substantiated their position as a reputable company in compliance with all R2:2013 standards,” he wrote.

BAN’s report stated RAKI Electronics Recycling in July 2017 received a scrap printer, which was collected by the city of Houston, and exported it to Hong Kong in October.

“It is highly surprising and disappointing as we are considered pioneers in this industry. … We have initiated an internal audit with our external environmental and compliance consultant in order to do our due diligence on the matter. … We are very surprised and disappointed, especially after our recent annual audit by PJR (Perry Johnson Registrars) for our R2, OHSAS 18001, ISO 14001 certification with zero non-conformances.”