Changing the world one upcycled product at a time 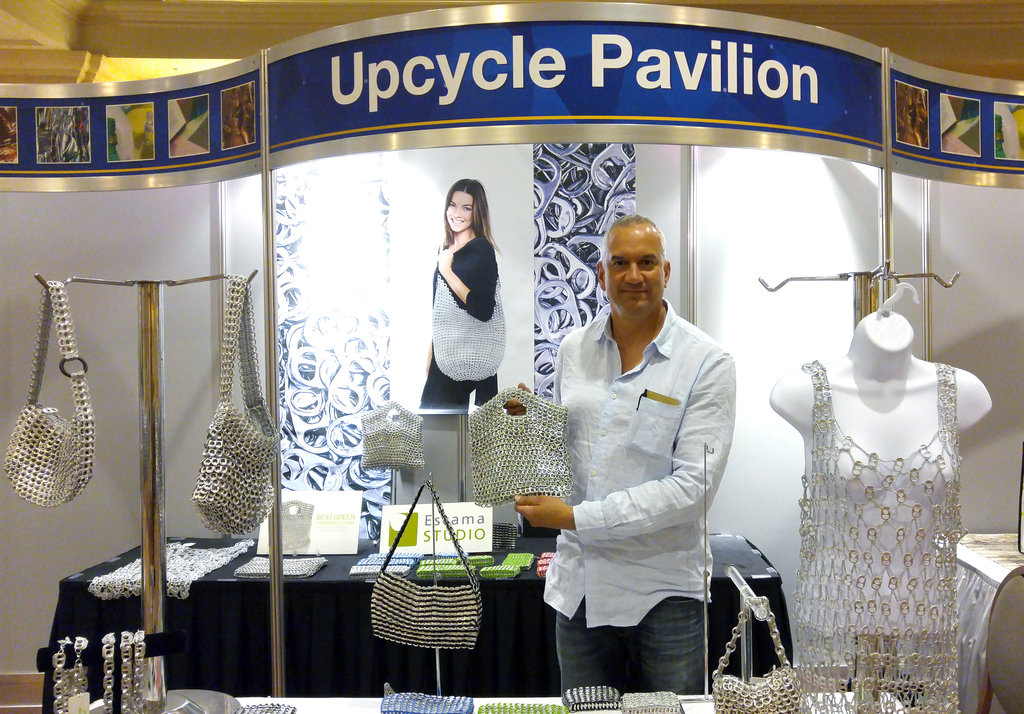 The show, held in Las Vegas earlier this month, included three vendors selling recycled goods at an “Upcycled Pavilion”: Hipcycle, which sells a variety of recycled-content goods made by other businesses; XS Project Indonesia, which sells bags made from pouches reclaimed from Indonesia’s waste stream; and Escama Studio, which sells high-end bags, clothing and jewelry made in Brazil from aluminum can tabs.

In business since 2004, Escama Studio sells items made from post-consumer aluminum can tabs. The California- and Brazil-based company provide employment at fair wages for 65 craftspeople, and it sells at such famous locations at the Museum of Modern Art in New York, the Royal Academy of Art in London and Takashimaya department stores in Japan, said Andy Krumholz, founder of the company.

“With the ISRI show we’re meeting a completely different industry, the real people who do the heavy lifting of recycling,” Krumholz said. “With exposure at ISRI there’s a chance that our upcycling and job creation venture could tie in with the corporate social responsibility projects of a recycling company.” 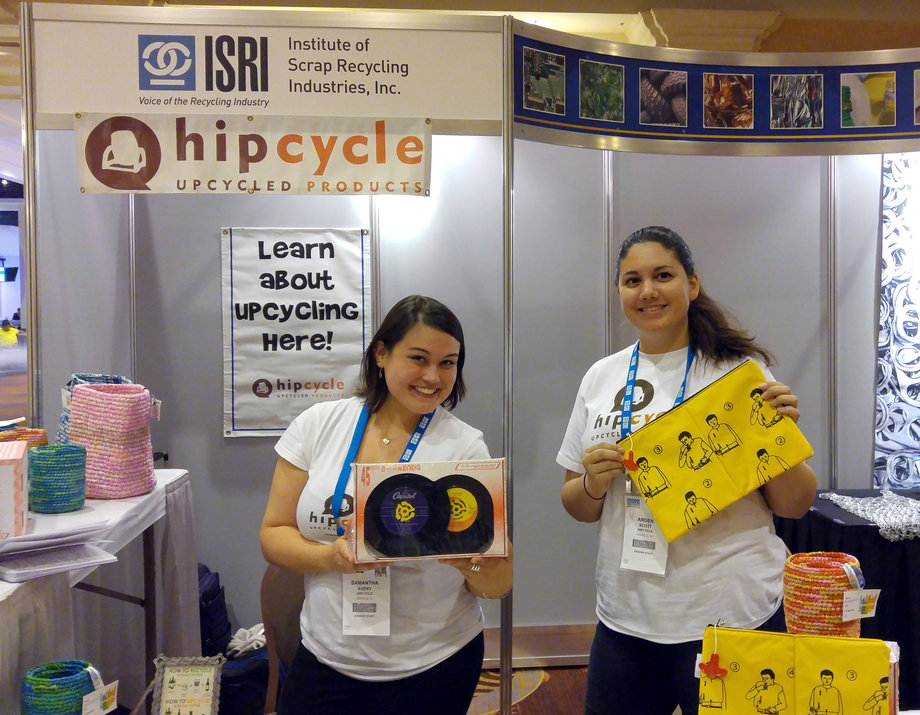 Hipcycle in a New Jersey-based online store specializing in selling recycled content products. Its mission is to help address the global waste problem.

“We enjoyed being part of this new program at ISRI,” said Renee Hansen, who runs the company. “We believe that upcycling is another great option to help the world reduce waste and hope that our attendance at ISRI2016 has built a stronger awareness of upcycling and its benefits.”

Nonprofit group XS Project Indonesia, meanwhile, sells handmade tote bags made from plastic pouches recovered by trash pickers in Jakarta, Indonesia. XS Project buys the recovered detergent, dish soap and fabric softener pouches from the pickers, paying them more than they’re able to get for their most lucrative items: PET beverage containers. The effort provides much-needed income and diverts the plastics from the waste stream. 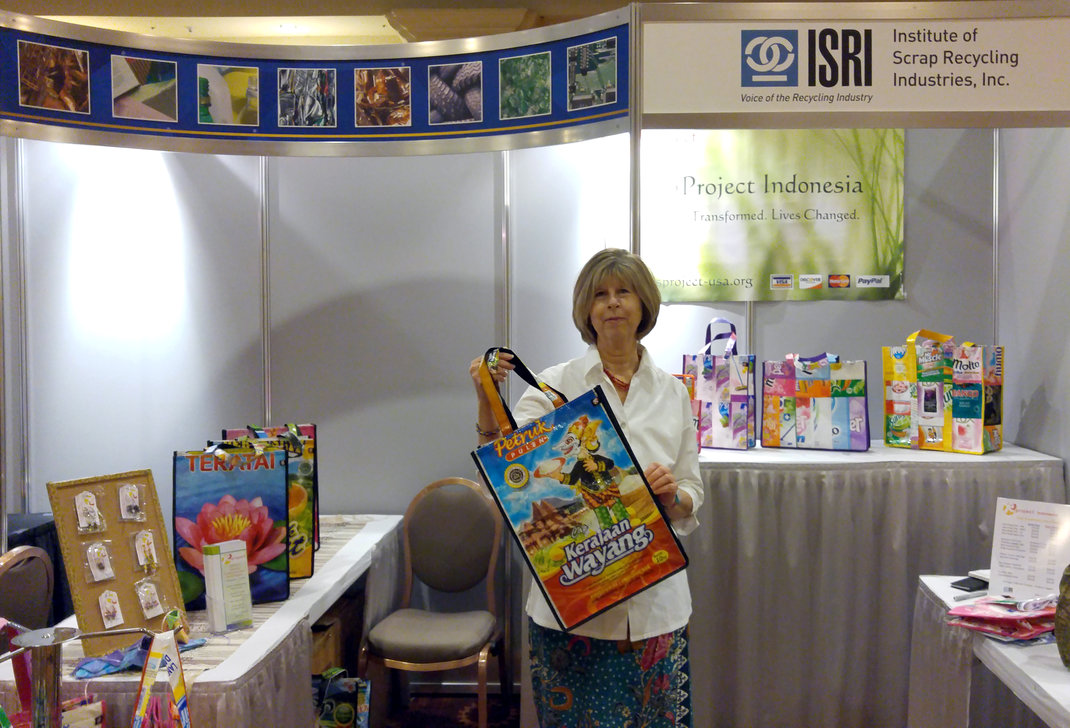 “The idea of having an upcycle marketplace at the ISRI2016 conference brought a new level of awareness to ISRI membership and a new activity we think the membership appreciated,” said Karen McDaniels, executive director of XS Project Indonesia. “Members stopped to hear our story and shopped our products knowing that they were not only helping Indonesia’s trash picker communities but also bringing awareness of where trash goes and how it affects global communities and poverty.”